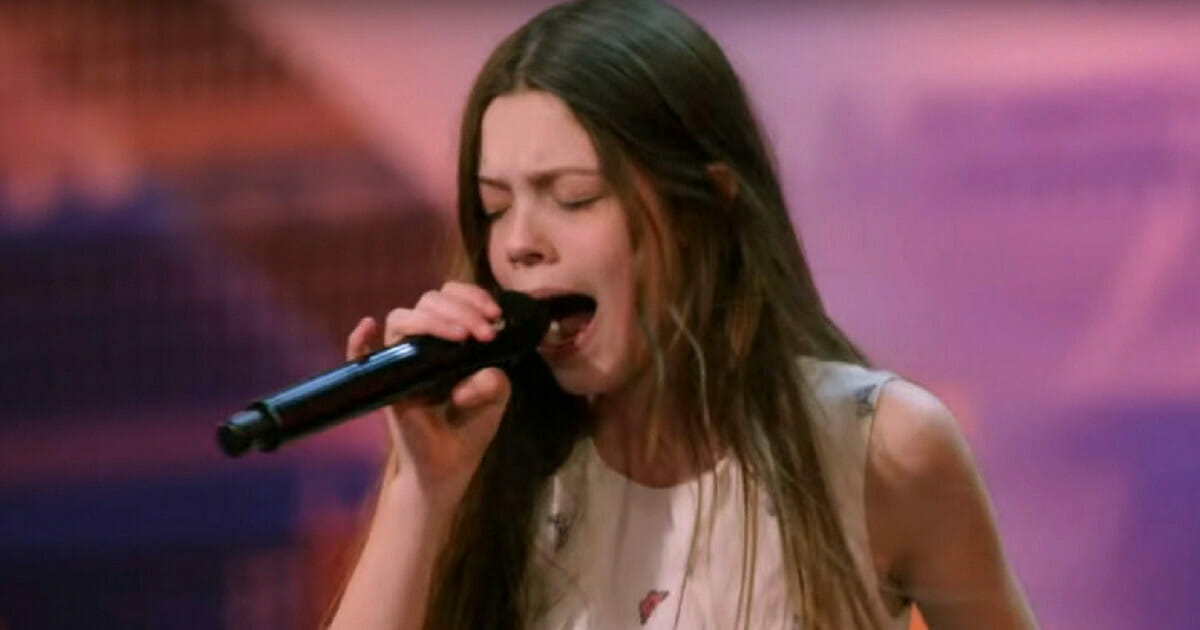 The 13-year-old girl’s recent audition on America’s Got Talent has spread like wildfire on the internet, with the clip having already been watched 6 million times on YouTube alone.

Give it a watch below and you’ll see exactly why the moment she opens her mouth.

Courtney Hadwin was, for obvious reasons, slightly nervous when she got up on stage. After all, this was the moment of truth for her – she had a minute and a half to charm the judges and qualify for the next stage of the competition.

The judges did their best to make her feel comfortable; to put her in a place where she was ready to deliver her best performance.

“It’s okay to be nervous. It’s totally understandable,” said judge Mel B. She then continued: “Listen, don’t be nervous. I know this is a big stage, and there’s lots of people here, but you’re here for a reason, so go for it and good luck.”

Boy, did Courtney take heed. It turned out to be just the encouragement she needed. A few seconds later, she jumped into “Hard to Handle” by the Black Crowes, and to say the judges and live audience were left stunned is a relative understatement. The charisma, the talent, the confident… the VOICE!

By the time she’d finished, the judges could do little but sing her praises. “You’re like a lion,” Simon Cowell told the girl, while Howie Mandel explained: “You are not from this era, you’re from a whole different era.”

In fact, Mandel was so impressed that he even drew comparisons between Courtney and Janis Joplin, one of the 1960’s biggest stars.

As for the performance itself, I won’t say too much. Fasten your seatbelt and prepare for the show… this is something you’ve never seen before!

What a ridiculously talented girl!

Share this article to raise awareness of Courtney and her amazing voice. She deserves it!