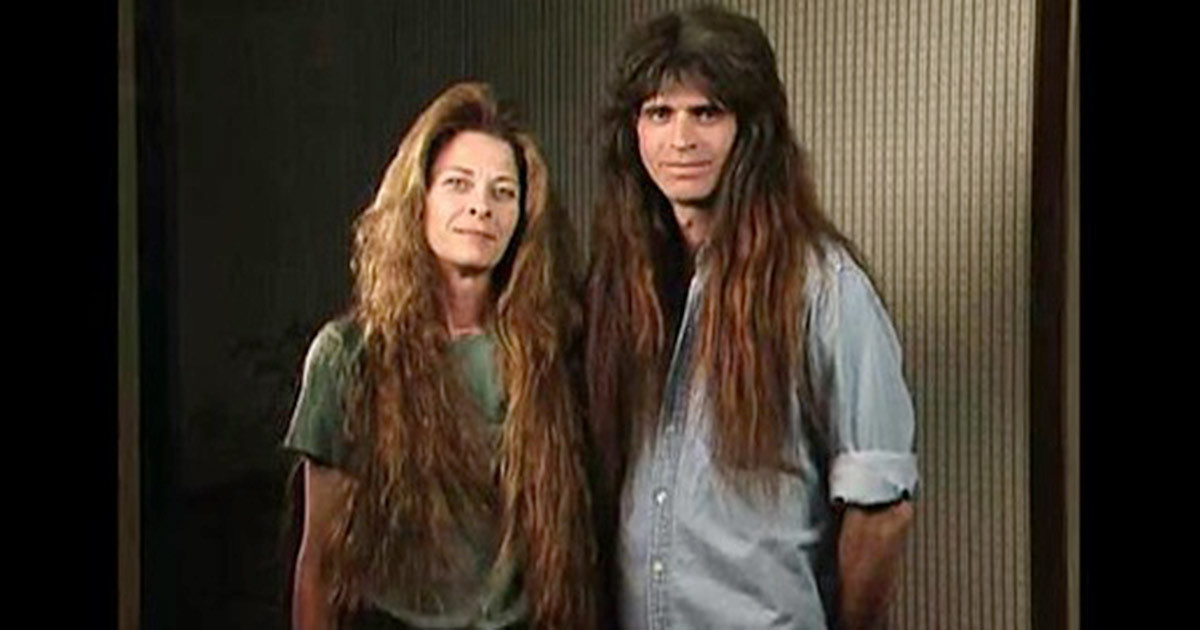 Meet Wendy and Tim. Their hairstyles are something a rock star from the 80s might be envious of. Unsurprisingly then, Tim does love rock and even plays in his own band.

His hairstyle has certainly helped shape his identity. Both Tim and his wife felt rather comfortable with their long, untamed hairstyles, despite both realizing it was quite outdated… Then Oprah Winfrey stepped in.

Meet Wendy and Tim. Their hairstyles are something a rock star from the 80s could be envious of. Tim in fact, loves rock and plays in his own band. His hairstyle helped shape his identity in that way.

Both Tim and his wife felt rather comfortable with their long, untamed hairstyles, despite both realizing it made them look quite older than their actual age. By 2003, Wendy had not cut her hair since 1985, and Tim then since 1973 (!). Their friends knew it was time for a change, but also knew the couple needed help to implement it.

Help came in the form of Oprah Winfrey, who’s producers contacted the couple, offering them a hefty makeover. A makeover that Tim and Wendy agreed was much needed.

The result is almost shocking. For the audience, and Tim and Wendy, and well, me. Check out the clip below and see how cute they are!

Their appearance may have changed at that point, but their endless love for each other sure didn’t. Five years ago, Tim passed away. He was buried with the Prada suit he received from the Oprah show and his favorite leather jacket that represented his love for rock. Wendy later expressed how happy she was that the whole world got to witness how she and Tim felt for each other, that day on the Oprah show. “I wish everyone could express how they feel about the person they love that way.”

I was really blown away by this couple, who clearly realize that beauty is only skin deep. Despite their ‘strange’ appearance and criticism from friends or neighbors, they seemed to see deeper into one another than their hairstyles. Please share their story if you agree.