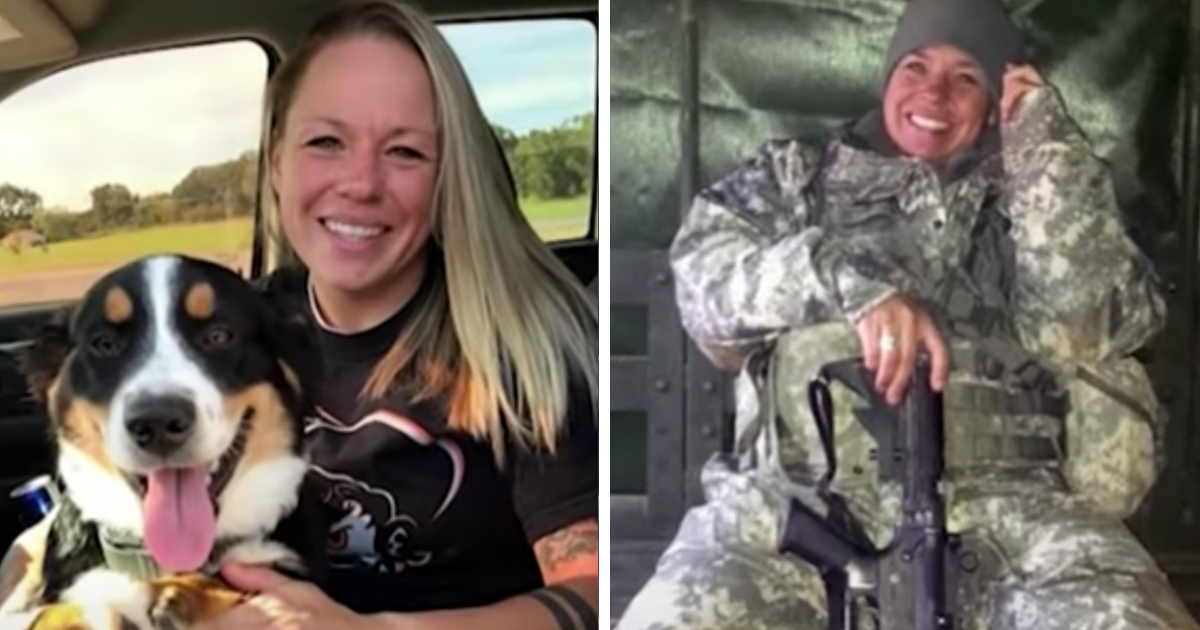 A soldier who was allegedly sexually assaulted whilst serving overseas died by suicide after the Army failed to do anything about it, according to heartbreaking reports.

Debbie Robinson told CBS Evening News that her daughter Morgan Robinson had known from a young age that she wanted to join the military.

“When she turned 21, she said, ‘Mom, I gotta talk to ya.’ And she told me then that she had joined,” Debbie explained.

Yet after having been in the Army National Guard for six years, Morgan was subjected to sexual harassment in Kuwait when she was sent on her first deployment in 2016.

“When she was in Kuwait, she was sexually assaulted and continually harassed by one of her superiors,” Debbie said.

She also told how Morgan reported the abuse, but that the Army did nothing to help her.

Then, whilst on the same deployment, Morgan was sent to Afghanistan, and it was there that she was sexually assaulted for a second time. On this occasion, her mom claims a group of fellow soldiers gang-raped her.

Debbie said: “She was very scared. Because they threatened her, number one. And number two, she knew that it wouldn’t go anywhere. Nothing happened in Kuwait with the sexual assault and the harassment, so why would they do something, you know, in Afghanistan?”

Sadly, just four months after then-Secretary of Defense James Mattis made it clear in 2018 that there was a zero tolerance policy for sexual assault, Morgan died by suicide.

As per reports, an investigation was launched by the Army, who gave Debbie a copy of the AR 15-6 investigation. Debbie couldn’t help but notice that page after page had been heavily redacted.

“I just didn’t understand how they could actually stand there and look me in the eyes, and hand that to me,” she said.

Debbie, of course, wasn’t satisfied. She read through the unredacted pages of the report into her daughter’s death and found the following passage: “Sergeant Robinson suffered sexual, physical, and psychological trauma while deployed. The sequela of this trauma was a factor in her death.”

For her part, Debbie lays the blame for her daughter’s death at the military’s door.

“The military. The way they did not handle what happened,” she said.

“They can’t police their self. How can you investigate yourself? You can’t.”

Eight months after Morgan’s death, a written reprimand was issued to the officer who had initially assaulted her in Kuwait.

“If I was a commanding officer, and if I had kids, what would you think if that happened to your daughter, or your son? What would you want to happen to them?” Debbie said. “Are they just going to sit back and, ‘It’s okay’? They would want justice also.”

She continued: “And to think that that’s what took her life. That’s what broke her,” she said. “They wanted her body. And they took her soul.”

This story simply breaks my heart. Morgan was a brave American ready to put her life on the line for her country, and it appears she was let down when she needed help!

No serving soldier should be subjected to something like this.