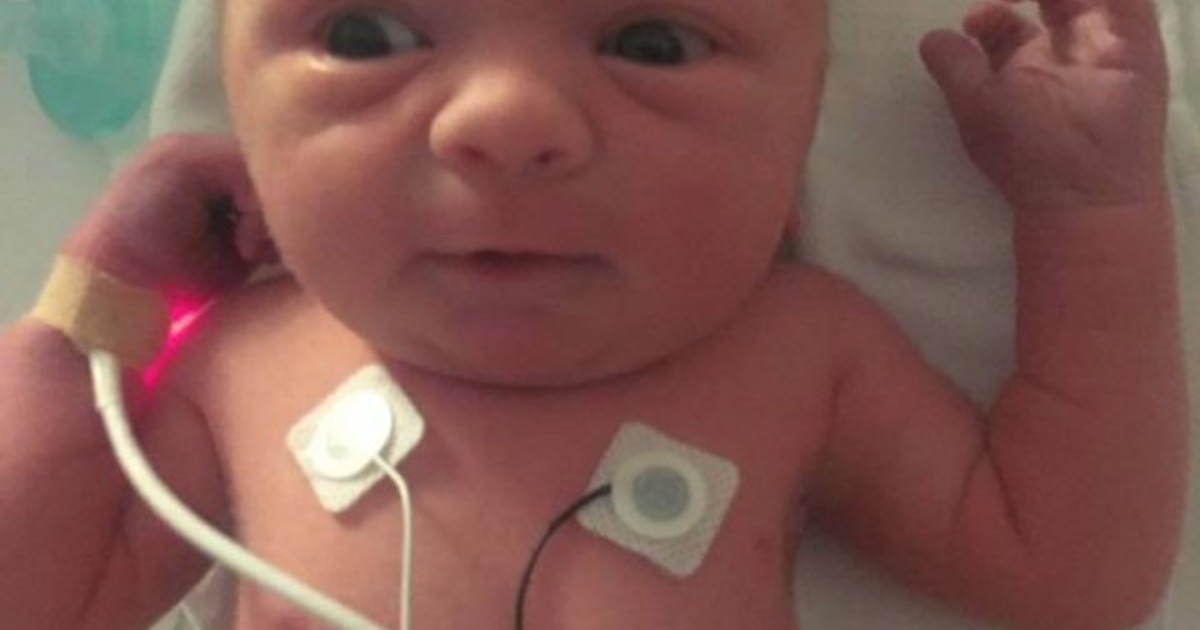 Having children is perhaps the biggest decision we make in life. But one thing is certain: Becoming a mother or father definitely changes things.

Every parent naturally hopes that their children will be happy and healthy, but sometimes fate has a different plan for them. And that’s when things are really put to the test.

When Nick Schnarr and his wife, Brooklyn, welcomed their third child into the world, their lives took a nightmarish turn: Their little boy was seriously ill and doctors feared the worst.

Nick shared the story of what he and his family went through on Facebook:

“For the last nine months, my wife, Brooklyn, has been pregnant with a very sick baby boy. Three or four months ago, we learned that the baby had severe hydrocephalus. Back in the old days, hydrocephalus was called ‘water on the brain’… too much brain fluid. Ultimately, we were referred to the Cincinnati Children’s Hospital, where we were told by several of the most highly regarded fetal specialists in the country that his condition was dire.”

Their baby’s condition was so bad that doctors asked the parents to prepare for the worst. Nick and Brooklyn would probably have to say goodbye to their son in the earliest stage of life.

The baby’s X-ray pictures spoke for themselves. According to medical specialists, there was a 90 percent chance that the child would die shortly after birth. At best, the boy would survive but with such severe brain damage that he’d need constant care for the rest of his life.

“We had a meeting with palliative care regarding the use of life sustaining measures, and had detailed, awful, and emotional discussions about the ethics of when we might need to remove or cease such measures – which would result in the baby ‘passing away peacefully,'” Nick wrote.

Brooklyn moved to Cincinnati and stayed at a hotel near the hospital so doctors could monitor her and the baby.

“I commuted back and forth, while trying to work and take care of Sophie and Lily at home,” Nick wrote.

On July 8, it was time. Brooklyn was transferred to the maternity ward and 15 minutes before it was time for doctors to perform a cesarean, they took the couple aside.

“We had another meeting with doctors regarding the use of a breathing tube and at what point we might need to remove that tube and let the baby go to heaven,” Nick wrote.

And it was then that the miracle occurred.

When the baby came out, the whole room was filled with an unexpected sound: a screaming baby!

“It was the sweetest sound I have ever heard,” Nick wrote.

After some time in intensive care, the boy, whom his parents named Charlie, was allowed to go home with the rest of the family.

Everyone could see that he was just like any other baby. There were no signs that the baby boy was seriously ill.

Charlie had a small defect in one of his heart valves, but nothing that the doctors couldn’t fix relatively quickly.

So how could Charlie go from being gravely ill to happy and healthy?

Doctors were at a loss for words to explain Charlie’s improvement.

“Somehow, his brain found a way to naturally ‘clear’ the blockage or re-route the fluid that was causing the oppressive ‘back-up’ of brain fluid. During the last week, I heard the word ‘divine intervention’ and ‘miracle’ more times than I could count. Nurses with decades of experience, and esteemed, nationally admired doctors were flabbergasted but jubilant,” Nick wrote.

“Because of the ‘domino effect’ of friends, family, clients, colleagues and even strangers praying and asking others to pray for us, I do not doubt that there were thousands of people praying for us.”

“I’m a practical person that certainly believes in science and medical technology, but I absolutely know, from the bottom of my heart, that God was involved in this. I give ALL of the credit and glory to him. From the bottom of my heart, thank you, thank you, thank you for all of your thoughts, prayers, notes of encouragement, cards, texts, emails, and outpouring of love. Prayer is positively powerful. God is real, and he still performs miracles,” Nick wrote.

This is certainly a reminder to never give up hope—life can really have a happy ending after all.

We wish Little Charlie and the rest of his family all the best in the coming months!