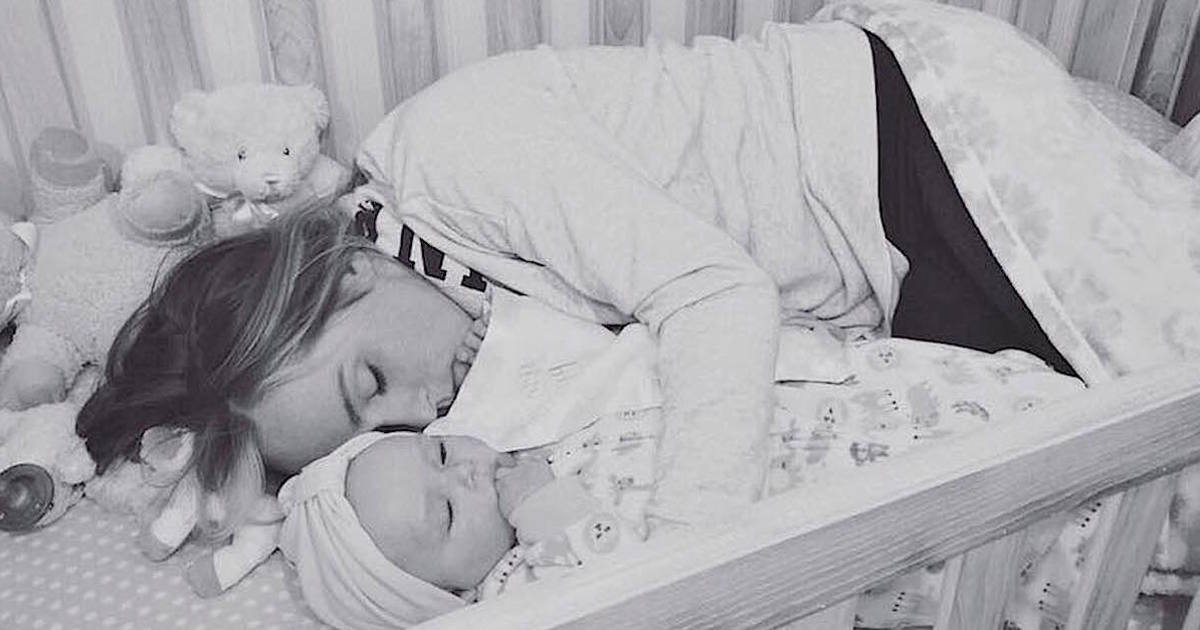 Dayna and Matt welcomed their daughter, Luella, to the world in October 2015. And a few weeks ago, Dayna posted a picture of herself with Luella on Facebook. But the new mom was hardly prepared for the massive reaction her post would receive. The image shows Dayna comforting Luella in her crib. “My husband came home to this, and I am re-posting because this captures the essence of my heart,” Dayna wrote. “There I was in the heat of this exhausting, beautiful thing we call parenthood, and I remembered a promise I made to her.” Maybe there’s nothing strange about that, right? But when I read Dayna’s story behind the picture, it touched my heart. It all began when the two parents were at a church conference and listened to a speaker who talked about his time as a missionary in Uganda. The missionary had been in an orphanage in Uganda where over 100 babies were lying in small beds. But the missionary noticed something special as he went around among the beds: The babies were completely silent. One hundred apparently healthy children, but none of them was making a sound. All he could hear was silence. He turned to his guide and asked her why it was so quiet. The answer he received shocked both him and Dayna. And it was the reason she climbed into her daughter’s crib that day…

“This was from several weeks back, yes, I climbed in the crib in hopes to soothe my screaming, teething, blushed faced, and tear soaked little girl,” Dayna wrote on Facebook.

Her husband, Matt, came home and found both mother and daughter lying in the crib together. He took a picture and showed it to Dayna later. She was so touched by what she saw that she felt compelled to post it on Facebook and explain why it hit her straight in the heart.

“One of the first times Matt and I left Luella, was to a worship concert. At that conference, a missionary shared his story, and it shook me to the core,” wrote Dayna.

“That missionary was in an orphanage in Uganda, and he has been in many before, but this one was different. He walked into a nursery with over 100 filled cribs with babes. He listened in amazement and wonder as the only sound he could hear was silence. A sound that is beyond rare in ANY nursery, let alone a nursery where over 100 new babes laid. He turned to his host and asked her why the nursery was silent. Then, her response to him is something I will never, ever forget. EVER.”

“After about a week of them being here, and crying out for countless hours, they eventually stop when they realize no one is coming for them…”

“I broke. I literally could have picked up pieces of my heart scattered about the auditorium floor. But instead, it stirred in me a longing, a hunger.. A promise in my spirit.

We came home, and that night as Luella rested her tiny little 10lb body against mine and we rocked, I made a promise to her. A promise that I would always come to her.”

“At 2:00am when pitiful desperate squeals come through a baby monitor, I will come to her.

If you agree that all children on earth deserves love and care, please share Dayna’s powerful and beautiful words!