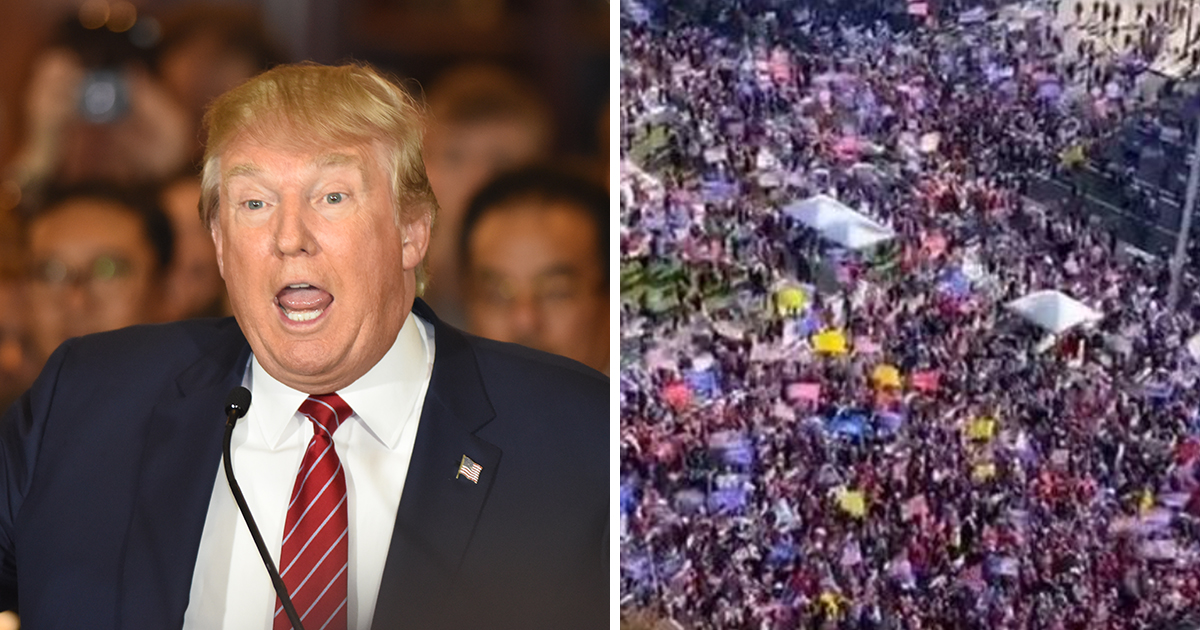 Despite the ongoing COVID-19 pandemic, thousands of Trump supporters reportedly gathered in Washington DC over the weekend to protest the results of the US Presidential Election.

Large crowds of people were in evidence, some holding signs such as “Stop The Steal” and “Trump 2020″. The former is, of course, in reference to Trump’s unfounded claims that the Democrats cheated and stole votes on their way to election victory earlier this month.

Footage was captured of the rally in DC, with Harlan Z. Hill, Trump’s advisory board member, labelling it the ‘biggest Republican protest’ he’s seen in DC. The current POTUS could be seen driving through the crowds with a smile on his face.

NBC Washington reported that supporters gathered in the country’s capital from 9 a.m. on Saturday, planning to march from Freedom Plaza up to the Supreme Court to protest the result of the election that saw Trump defeated.

It should go without saying that such a rally was inadvisable given the COVID-19 situation – D.C. has a mandate on face coverings at the moment, and only a small number of protestors were seen wearing face masks.

Yet President Trump appeared to tweet his support for the march on Friday, November 13, when he described it as “heart-warming” and that he “may even try to stop by and say hello.”

One protestor reportedly told NBC Washington: “I saw this thing and it was like ‘save the vote,’ ‘protect the vote’ and I just want to show my support for it. It’s important that we protect democracy.”

A number of far-right activists and hate groups have pledged their support to the idea that Trump’s campaign was a victim of fraudulent voting on the part of the Democrats, this despite the fact that officials from every single U.S. state came forward to confirm their was no evidence of cheating.

President Trump has at the time of writing refused to work with President-elect Joe Biden, prompting fears that a smooth transition of power could be impossible.

What do you think about the election results and all the drama associated? Let us know in the comments box.

Share this article if you think it’s silly for people to be rallying in large numbers during a pandemic, especially for a cause that has been proven to be false!