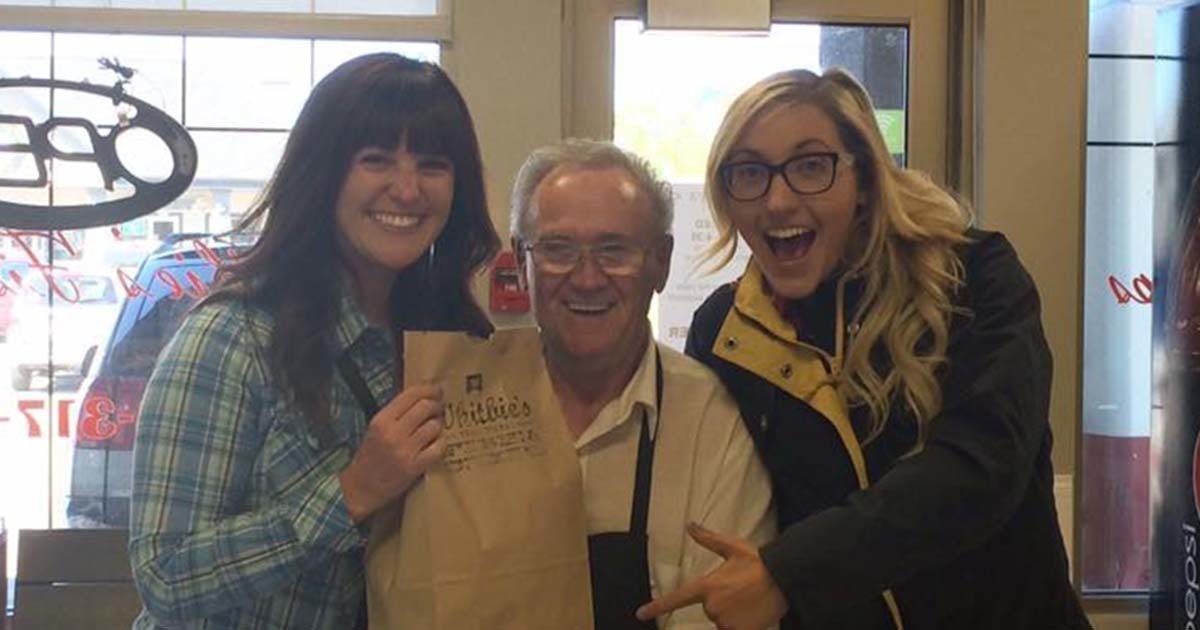 We never know what’s around the corner. I know it’s a cliché, but it applies to all human life. We never know what lies ahead of us, good or bad. And this is what Colin Ross, realized, to say the least, when he randomly decided to eat at Whitbie’s Fish & Chips in Alberta, Canada.

Although Colin lived near the restaurant, he had never eaten there before. But on this day, he was hung over and in need of something to help him get his energy back. And it was then that he saw a little fish ‘n’ chips shop and decided to enter. Colin was greeted by an empty dining room—and an older gentleman who hadn’t had a customer in ages.

What Colin didn’t know was that his decision to eat at the restaurant would change the lives of both the restaurant owner, John McMillian, and himself.

After he ate, Colin started thinking about how such a nice restaurant, with such good food and such nice owners, didn’t have any customers.

So after he finished up, Colin decided to go on Facebook and give John the appreciation he deserved and hopefully attract some more customers. Read the viral message here:

The response to his post was overwhelming. Just two days after Colin’s post, the older gentleman had more customers than ever. In the picture below, you can see how the line goes out the door of this small restaurant. Unbelievable!

Who would have thought that Colin’s visit would change everything for John’s little restaurant? Facebook posts don’t get better than that! Please share this heartwarming story with your friends on Facebook.