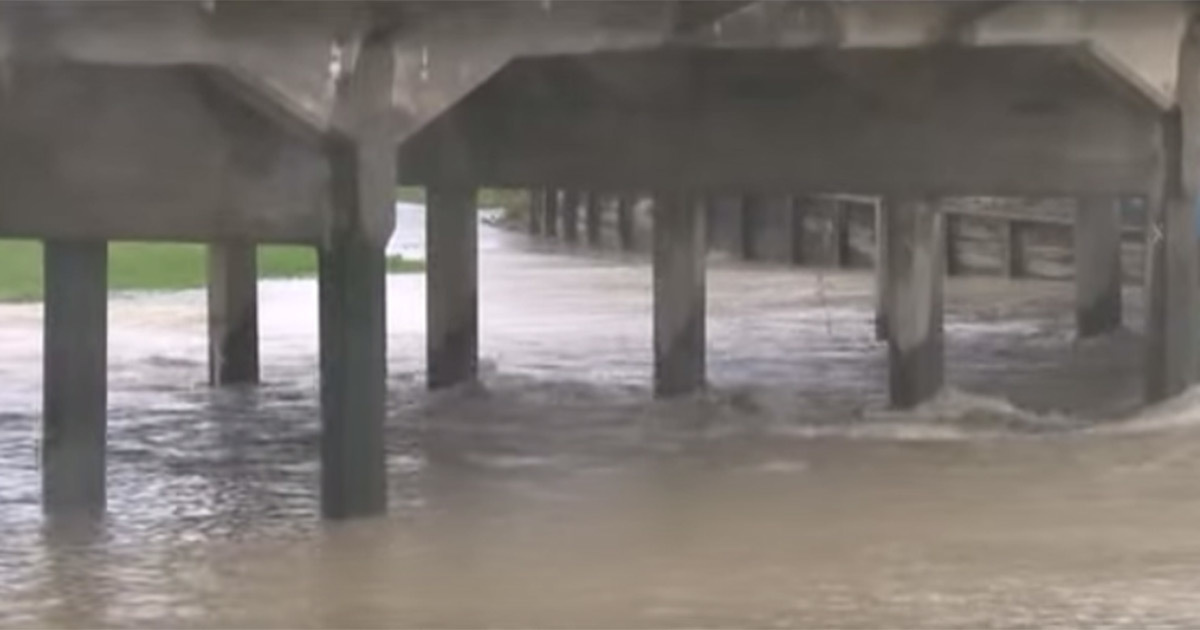 Sometimes I really do believe that everything happens for a reason.

But Angus was late for school that day.

Since 17-year-old Angus Pauley had overslept, his mother was forced to drive him to school that day. That’s when Angus noticed something odd under a bridge along the way.

The teenager asked his mother to pull over. He jumped out, ran closer – and saw a girl struggling against the strong, cold water current below the bridge.

“I shouted out to the girl ‘are you okay?’ And she basically yelled back ‘I need my mom’. And that’s when I knew something was wrong,” Angus told ONE News.

There was flooding in the area and the girl who’d tried to cross a footbridge, had water up to her waist. She was suddenly pulled away in a strong current- finding herself in great danger of drowning.

“I stripped down to my undies and my socks and I kept chasing her down the river, kept talking to her,” he told ONE News.

The situation became even more serious. Angus was not sure how helpful jumping in would be on his own as he also risked being pulled away by the current. He spotted a man, Jeremy McKenzie, standing nearby and asked him to watch out for him as he attempted to save the girl.

He then threw himself into the water and swam after the girl.

Fortunately, Angus got a hold of her before it was too late. He and Jeremy managed to bring her back to safety. Thanks to their heroic efforts, she was shaken, but otherwise unharmed.

“I just want to say thank you very much,” the girl’s father told ONE News.

For Angus, it was a given.

“You don’t really think, your instincts sort of just kick in,” he told Stuff.co.nz.

Watch this news report about the heroic rescue:

How fortunate that Angus was late for school that day – and found himself instead at the right place and time. Please share this story to celebrate Angus’ heroic effort!