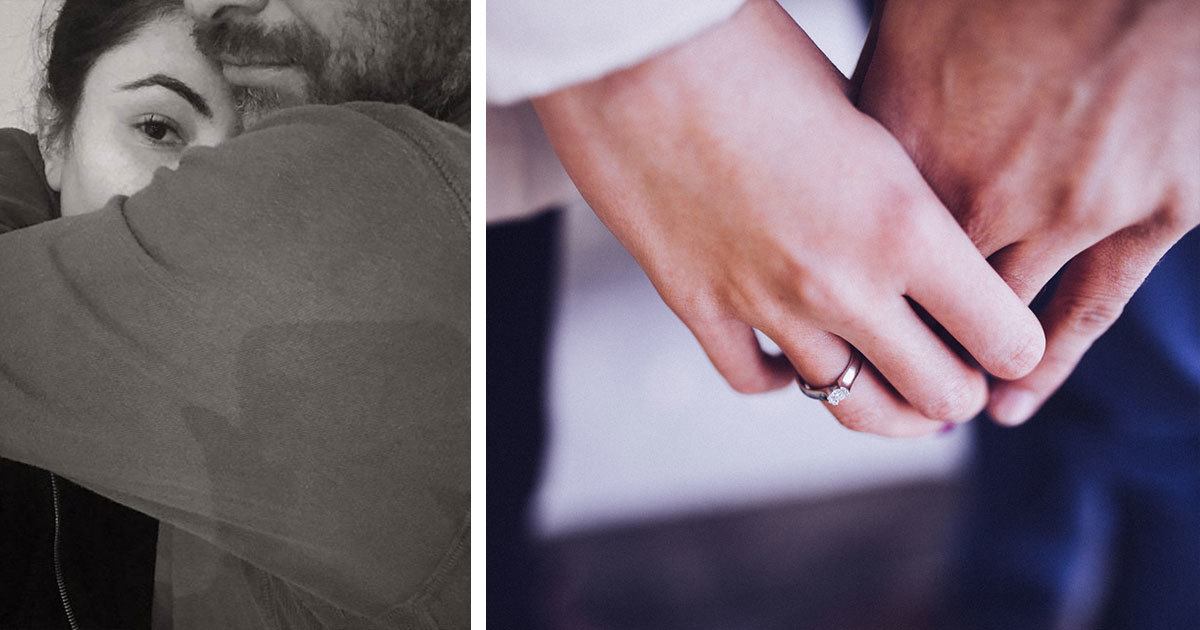 The world between diseases that can be seen, and those that are less visible, still lays far apart. While mental afflictions such as depression and panic attacks are one hundred percent real, we can’t see them in the same way we see someone wearing a cast, or suffering from a cold.

For this reason, we often forget just how painful and difficult these ailments can be for those suffering from them.

We also forget how painful it can be for those that are most close to people suffering from a mental illness.

One woman recently took to Facebook to powerfully describe what someone suffering from anxiety feels — and offered some insight into just how difficult this can be for their spouse, too.

Her post has since gone viral, with over 30,000 people sharing it. And I completely understand why.

“To the man whose wife or partner has anxiety,

§§You might have heard that she has anxiety from sitting by her side in a doctor’s office, holding her hands while the tears stream down her face. You might have seen her get angry and explode because she’s overwhelmed. Wondering where this rage has come from.

You might have seen her sit quietly staring into the distance with panic in her eyes.

You might have guessed, or she might have told you, but either way there are things you should know.

You know how she can’t understand when she asks, ‘What are you thinking?’ Why you would respond with ‘nothing.’ It’s because she never thinks. . . nothing. Her thoughts replay like a freight train in her head full steam ahead, over and over. It’s exhausting for her. It’s why she’s tired.

There isn’t a day that goes by where she doesn’t think. She thinks about everything, and usually it is the worst case scenario. She worries that something will go wrong. That some days if she leaves the house, something will happen. Kidnapping, deaths, falls, cars spinning out of control, that’s why she can’t just leave the house or just go out, even though you’ve suggested it with good intentions. But it’s not so easy. That’s why when she’s home alone or out by herself she will text you a million times, telling you her every move or telling you everything that’s going wrong, she knows you can’t change anything, she knows you feel helpless, but so does she, that’s why she needs to share it with you, otherwise her head will explode with panic.

Sometimes she wonders why you’re with her, and if you knew she had anxiety would you still be there, do you regret it? Being with her? Do you wish you were with someone else that didn’t have this vice around their neck?

I want you to know I see this is tough on you, tough to see your loved one hurt. But don’t think for a second she doesn’t see you, don’t think for a second she doesn’t worry about you too. She even gets anxiety about you. She knows it’s not your fault, and she knows you want to fix her and in the way that means help her, but you can’t fix her. She’s not broken

But you can help her, you can loosen the vice. You can see what gets to be too much for her, the crowds of people or bedtime, dinner time, see it and help her by holding her hand and tell her you’re with her. Do it with her, take over, tell her to sit down for a while and breathe.

If you see her struggling with appointments, reschedule them for her, encourage her to take it slowly. Too much is overwhelming for her, even though she has good intentions. Don’t make her feel bad for missing an appointment, a party, whatever. She wanted to go, but she couldn’t. She already feels bad. Tell her it’s okay. Take the kids out for a play when you see her struggling, encourage her to take time out for herself. If the kids are awake all night and she’s worse if she has less sleep, get up with her, take over. Tell her to go back to bed.

Sometimes the answer won’t be so obvious. Sometimes she won’t know what the answer is to what she needs, but so long as you’re patient with her, she will feel your love. She doesn’t want her anxiety to define your relationship and when you’re patient, you’re telling her you’re willing to do the same.

Anxiety is heartbreaking for her. Really it is. She wishes she could just feel free. The free feeling of just being carefree and not a prisoner to this ugly illness. Free of the voice that follows her listing all her insecurities.

Not every day will be bad, and those days should be celebrated, but on the bad days, still celebrate her, because she needs it.

She appreciates you, she loves you. She’s vulnerable and scared. But she chose you to share her biggest deepest scar tissue that resides in her heart, and she knew the day she met you that you were the one worthy enough to see her in all her imperfections. She will love you with that whole heart, and you know she will because she’s already listed the pros and cons.

… and just as you are by her side she will be fiercely loyal to yours. Forever and ever, you just to need take her hand and tell her, ‘I am with you.’

A wife, a woman and a mumma who has anxiety.”

Share these words — you may give someone hope today.