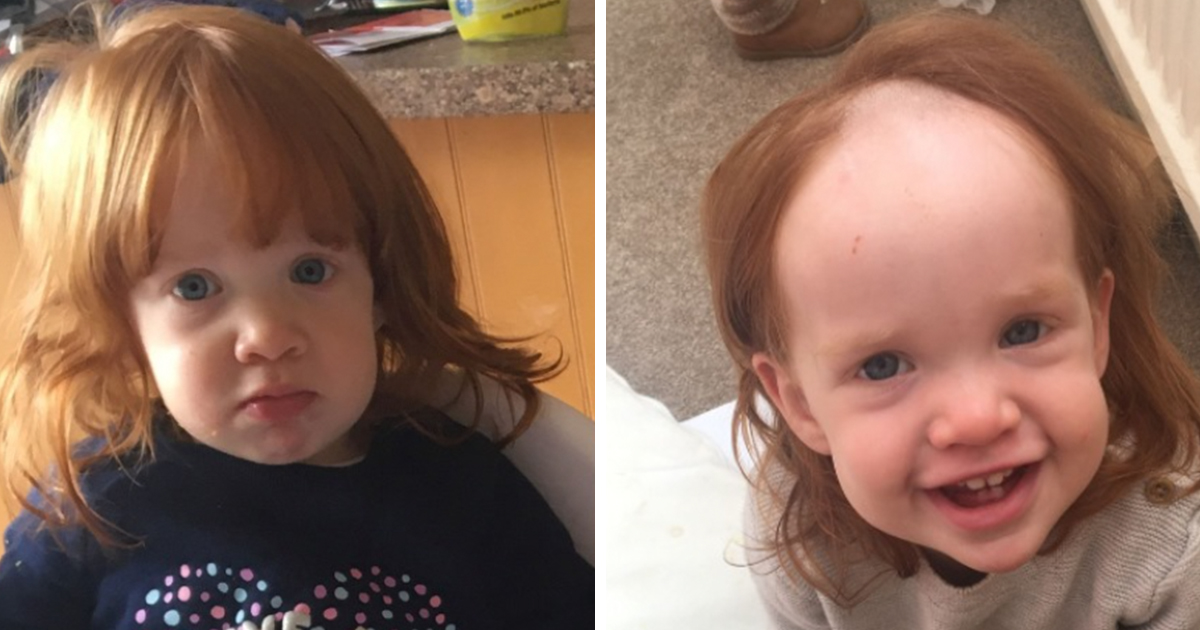 Halloween might be just around the corner, but one little girl decided to get an early start on her costume when she smeared hair removal cream across her head.

As per reports, Maisie Saward snuck through the baby gate in her house when her older brother left it open. She managed to get into the bathroom and take the removal cream, slathering it generously over her hair.

The result? Well, let’s just say dressing up as Pennywise the Clown from Stephen King’s horror novel IT has been made considerably easier.

The little girl’s dad, Luke, realised what had happened soon enough, but it was still too late to wash the cream out before it had served its purpose. Maisie’s now been left with a hairline that starts a good deal further back than it should.

Mom Kirsty said she was shocked to see her daughter upon returning home from work, but now she’s able to see the funny side.

She explained: “I’d called Luke and he said, ‘Maisie’s got no fringe left,’ but the phone broke up, so I just thought she’d got hold of some scissors.

“When I got home I was just in pure shock. She came and gave me a cuddle and I just cried for an hour because I absolutely loved her fringe.

“Rather than just shove her under the shower, [Luke] ran her a bath, got her changed and it took about 10 minutes before he even thought about taking it off.

“If I hadn’t been out for so long, maybe I’d have been able to deal with it myself. I didn’t speak to him for a couple of hours, but the next day I started to see more of the funny side.

“Maisie found it hilarious and she still does. She was born with a full head of hair, so she’s never been bald. She keeps finding different surfaces to rub it up against because it feels funny.

“When she gets tired, she rubs her bald patch, and every time I go to take a picture she bends her head down so you can see it. She’s loving it.

“Someone even said we should dress her up as Pennywise for Halloween.”

You simply have to feel for this little girl, but at the same time admit that it is pretty funny!

Kids will be kids after all. We’re just happy Maisie didn’t get her hands on anything more dangerous than hair removal cream!

Share this article if you can see the funny side!