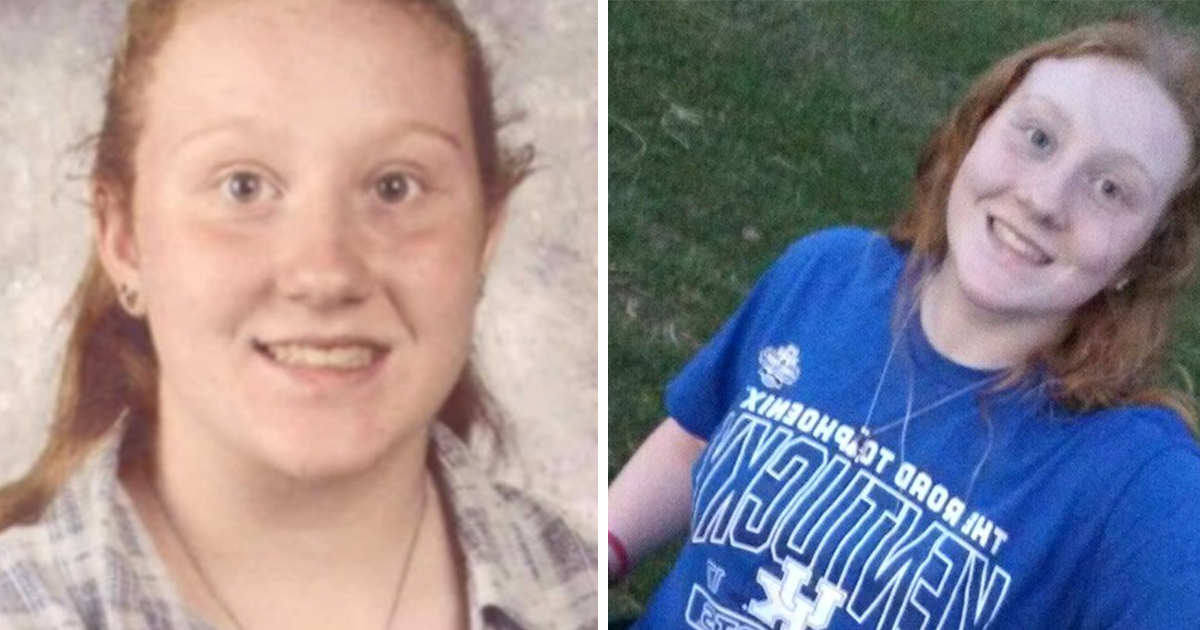 To bury a child is any parent’s worst nightmare. It goes against all that is right and fair in the world – I wouldn’t wish that torment and pain on my worst enemy.

Naturally, we all fear for the safety of our children: we worry that something that might happen to them that is out of our hands; we worry that an accident could befall them, or that they might get sick.

One thing that very few of us would ever consider is the possibility of our beloved child being bullied to death, driven to suicide by others. Sadly, the family of 15-year-old Sadie Riggs had to endure that very tragedy.

As per reports, Sadie died by suicide in July. The teenager, from Bedford, Pennsylvania, had a loving family who cherished her and only wanted the best.

Unfortunately, as is far too common a problem these days, there were other, more sinister, influences in her life. Sadie was being bullied by people who convinced her she was worthless, that she didn’t deserve to be happy like others.

Sadie was eventually driven to taking her own life. In her heartbreaking obituary on the Louis Geisel Funeral Home website, her bereaving family spoke openly to the people who had caused her death.

The obituary reads: “In an effort to debunk the rumors about Sadie’s death we would like to share this information. Yes, Sadie took her own life, she hung herself. It is hard to fathom that someone so young could be so troubled.

“Sadie was seeking help, she was in counseling and taking medication, but it was all too much for such a young soul to live with. If you take a minute and look at Sadie’s family dynamics you will see that a large percent of the people in her life were not related to her by blood but she was sent to us by God who knew this child needed a family.

“Sadie had a tough life and until a recent incident at school, she handled everything life served her. For a young lady so excited about going to the High School things sure went terribly wrong for her.”

It was then that Sadie’s family chose to address her cruel bullies, continuing: “For the bullies involved, please know you were effective in making her feel worthless. That is all between you and God now, but please know that it is not too late to change your ways.

“Sadie’s death has taken us to dark places, we will stick together and protect one another as we try to make sense of this tragic loss. To all the bullies out there, I just want you to know that as much as we despise your actions, never, ever do we wish for you to feel the paralyzing pain that engulfs our bodies, a pain so severe that it makes the simple act of breathing difficult or the guilt that leaves us wondering what we could have done differently-or that struggle to remember the last words we spoke.

“Our hearts are beyond broken. Sadie, it was a privilege to have you in our lives and we will always love you. May you find peace in the arms of God and may we all be kind to one another.”

Perhaps unsurprisingly, Sadie’s obituary went viral after being posted to the internet. Thousands of people commented in a show of strength and support for her grieving family, whilst others shared their own experiences of bullying.

I don’t know about you, but I for one am disgusted that in today’s world bullying still exists in virtually all walks of life. To belittle someone or abuse them simply for being different or because you don’t like them is vile, and behavior of the lowest form.

Together, we must stand up to bullies wherever they rear their ugly heads, and hopefully we can create a future wherein such creatures can no longer continue with their wicked ways.

If you, too, want to show your support for all those facing bullies in their life, share this article on Facebook.