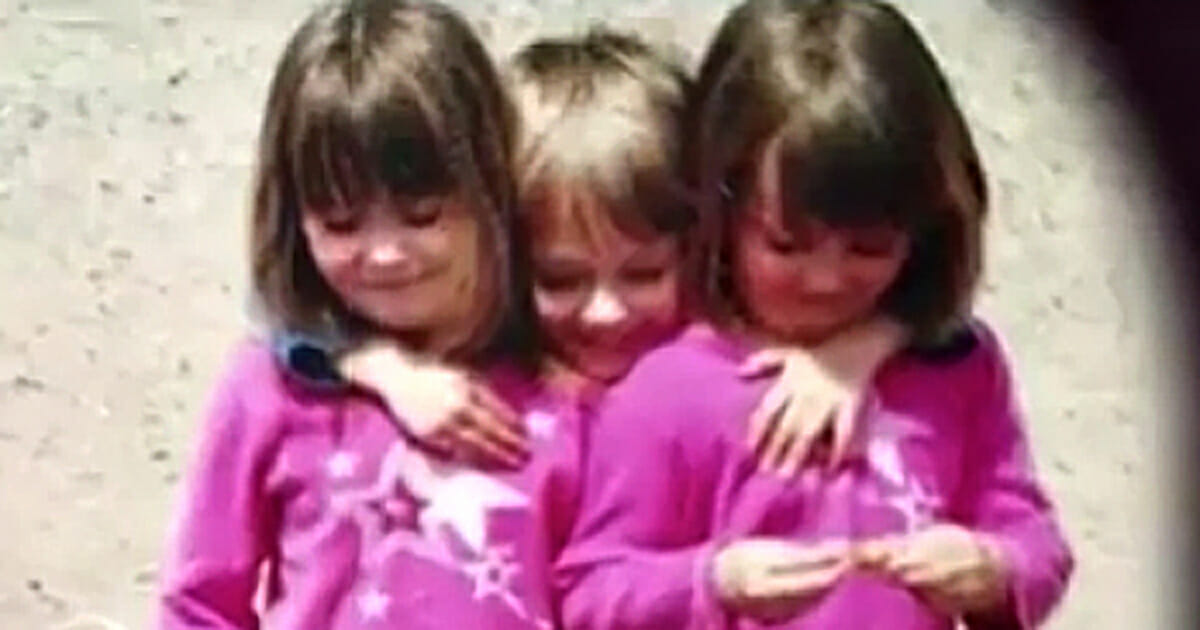 When Haley, Kassidy, and Sierra arrived at Valley High School in Las Vegas, they didn’t seem to care about school at all.

The triplets were defensive toward teachers, counselors, and authoritative figures in general. They stuck close together, often missed school, and had failing grades.

But instead of turning its back on them, Valley High School introduced the triplets to the GEAR UP Program.

GEAR UP is a part of the federal Higher Education Act intended to help low-income students develop skills, receive encouragement, and prepare to succeed in postsecondary education.

The more the triplets felt safe with the GEAR UP staff, the more they improved.

Finally they also opened up about their terrible situation – and it was more horrifying than anyone could have imagined.

Haley, Kassidy, and Sierra went to live with a grandmother and often starved. Since she didn’t believe in schooling, they didn’t go to school until they were age 8.

When their dad was released from prison, they moved back in with him. But he would leave the young girls alone for weeks at a time.

Finally the girls were removed from their father’s custody when their home was involved in a shooting while he was gone.

The triplets moved in with their grandparents, who were terribly neglectful. The triplets spent portions of their lives homeless, without food, clothing, and transportation.

But with the help of their GEAR UP teachers, the girls overcame the loss of both parents and homelessness.

And then, things got a lot better.

Through hard work and persistence, the girls worked their way through high school, all the way to graduation!

All three girls raised and maintained their GPA above 3.0 while enrolled in advanced courses, participating in school activities, and working jobs as “unaccompanied minors.”

FOX5 Surprise Squad decided to step in and surprise the girls at their graduation ceremony.

Their amazing story of survival inspired the FOX5 Surprise Squad to secretly be there for their big day.

In the video below, the Yeckes Triplets are pulled aside after receiving their diplomas… and the entire school watches on as they’re given the surprise of their life.

Overcoming the loss of both parents and stints of being homeless, The Yeckes Triplets have defied all odds.

Please push the SHARE-button och help us spread the inspiring story of Haley, Kassidy, and Sierra with your friends on Facebook.