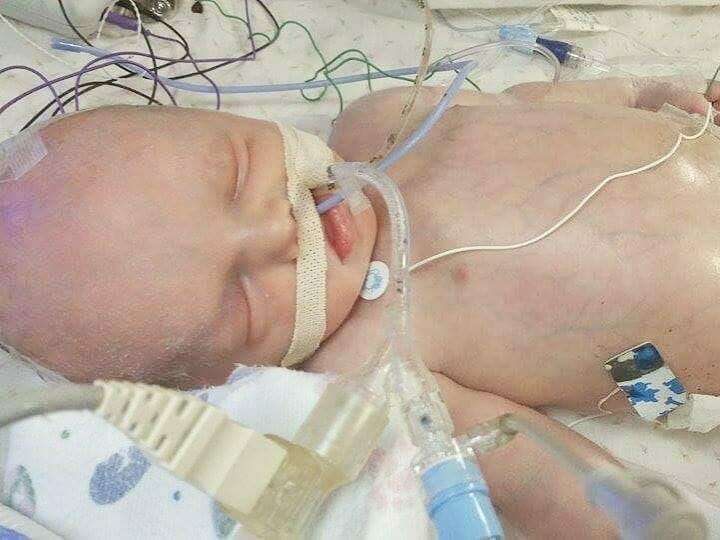 Trisha Long Bell has gone through more in her quest to become mom than most of us can even imagine.

Seven times, she and her husband found out that they were expecting a child — and every time, their hearts were crushed when Trisha had yet another miscarriage.

But even during their darkest days, the couple refused to give up their dream of having a family.

And soon an incredible miracle happened when their second son was born under incredibly special circumstances.

After seven miscarriages, Trisha and her husband finally welcomed their first son to the world when little Urijah was born in 2014.

The couple had become parents and were over the moon.

However, with all the heartbreaking disappointments that the couple had suffered, they didn’t expect that they’d get to have second child, Trisha thought. The years went by and the family was full of joy with Urijah at home.

But then Trisha was told that she was pregnant again with another boy.

The pregnancy went well and everything was fine until the birth itself. The doctors soon realized that something was seriously wrong with the little boy.

Little Ezrah was born without a heartbeat, pulse or oxygen in the brain, which could lead to serious brain injuries.

The doctors urged Trisha to “pull the plug” on the life-support machine, but she didn’t have the heart to do it.

Instead, she listened to her mother-in-law and chose to do something completely different.

Trisha shared what happened in the hospital room on her Facebook page:

“My baby was born with no heartbeat. No oxygen to the brain. No pulse. He was revived after 11 long minutes. He was diagnosed with severe brain damage. I remember it like it was yesterday, being told my son would have no quality of life… being told to just ‘pull the plug.'”

“I remember sitting in the hospital, praying, hoping, crying. I remember wanting to fix him. I remember feeling so useless, my body had failed my son. I felt broken.”

Trisha’s words speak for themselves. No parent should ever have to go through such a thing, or have to make a decision that ends their newborn baby’s life.

But before she said goodbye to her son, Trisha wanted to do something motherly and that she instinctively hoped would work.

“As I sat next to his bed trying to figure out what I could do to help him, I finally realized there WAS something I could do. As his mother, I knew I could provide the very most important thing that no one else could offer, MY MILK!

I didn’t nurse my oldest son, Urijah, for more than 3 months.

So with Ezrah I knew this was what I needed to do, without question, no matter how hard it got. He was fighting for his life, and this was the only way I could truly give him my all! I didn’t know if my milk would do much for his injury, but I had so much faith that it would.

I had no idea how quickly I would learn the power of Mothers Milk.

It is simply, pure MAGIC!

And Now, 14 months later, I know my milk has played a part in healing my child’s brain injury. I KNOW it. Women’s bodies are SO incredible. The way we are so connected to our children. The way our bodies know exactly what to do during child birth.

The way we heal… And then we choose to do it all over again! It’s incredibly beautiful.

This picture shows MY MILK healing his little brain. I’ve had 7 miscarriages and this baby is my miracle along with my 3 year old. This picture will forever be so close to my heart.”

The picture that Trisha shared on her Facebook page shows a mom healing her newborn child through her breast milk.

It’s an inspiration to mothers everywhere, since they really do give their children their body, mind and soul!

Now it’s been a few years since Ezrah’s fantastic recovery and his progress has been beyond the doctors’ expectations, writes NTD.

Trisha and her husband have endured more pain and sorrow than most people have to deal with in their entire lives.

Fortunately, they’ve also witnessed the incredible power of motherhood and how sorrows can turn into miracles.

Please share this story if you also believe in miracles and the power of mother’s milk!