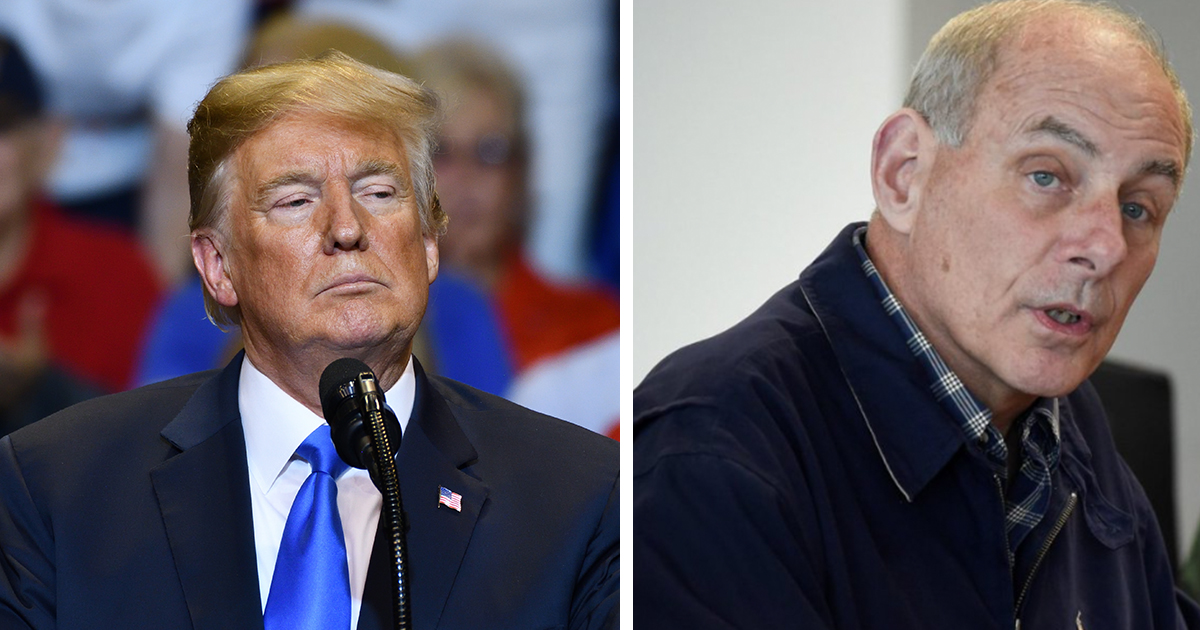 John Kelly, former White House chief of staff, said on Thursday that if he were still a part of Donald Trump‘s Cabinet, he would support using the 25th Amendment to the US Constitution to remove him from office.

Trump has found himself criticized by many following the unprecedented events that saw protesters storm the Capitol Building on Wednesday; the POTUS had been fueling the flames of dissent in the weeks following Joe Biden’s victory in the 2020 Presidential Election.

When asked if he would support ousting Trump from office in light of the violence, John Kelly, who served as chief of staff until as recently as January 2019, said: “Yes, I would.”

“What happened on Capitol Hill yesterday is a direct result of his poisoning the minds of people with the lies and the frauds.”

And Kelly certainly doesn’t stand alone when it comes to his viewpoint.

Any number of US politicians – both Republican and Democrat – have expressed concern over allowing Trump to retain power, though it would take Vice President Mike Pence and a majority of the Cabinet to vote to remove him from office.

Kelly, who has done his best to keep a low profile following his departure from the White House two years ago, told CNN’s Jake Tapper: “Just an unbelievable scene at the Capitol. Frankly, the President’s actions and words didn’t surprise me at all, but I was very, very surprised that those people would assault the people’s house, do the damage they did and embarrass us all.”

As per reports, several officials have resigned from Trump’s administration after the events on Capitol Hill, which claimed the lives of five people.

Trump himself, meanwhile, appeared to change his tune in a press conference yesterday, criticizing those who had stormed the Capitol Building and finally conceding defeat in the election.

The soon-to-be former POTUS engaged in a doomed effort to reverse the vote after losing power to Joe Biden, repeatedly accusing his rivals of “stealing” the win and cheating their way to victory.

What do you think about the fallout after the events at the US Capitol? Should Trump be removed from power before Biden officially takes over? Let us know your thoughts on the matter in the comments box.

Meanwhile, share this article on Facebook if you’re praying that no matter what happens, the US is left in good hands.