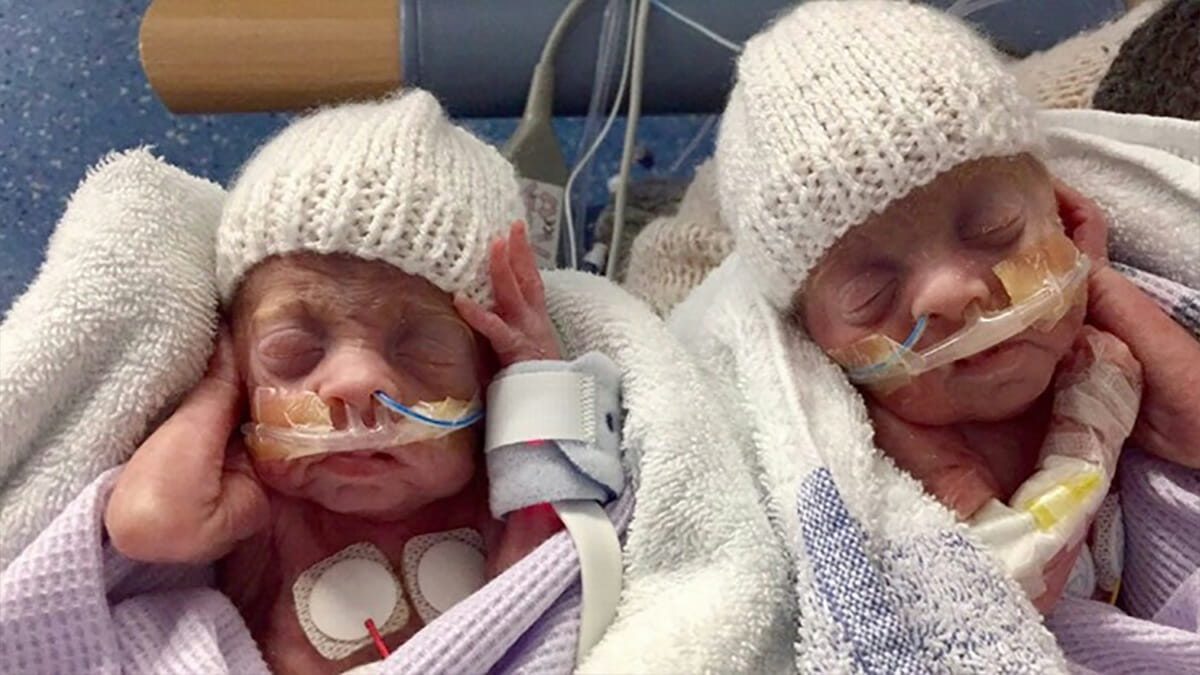 It should have been a time of great joy for new parents Luci Hall and Joseph Barker.

But instead they were left terrified when their twin boys were born at 24 weeks and each weighing just over one pound.

Doctors prepared them for the worst as their beautiful boys Harvey and Charlie Barker fought for their lives.

But these brave brothers have defied all the odds to grow into beautiful strong babies.

Luci, from Leeds, England, said it was shocking to go into labor so early on in her pregnancy.

“We were so worried about what was going to happen to them. We didn’t know if they were going to survive, it was terrifying,” Luci told the Mirror newspaper in a 2018 interview.

“When they were born they were both rushed straight to intensive care, I didn’t get to hold them or see them. Joseph just got to quickly take two photos.

“I couldn’t even get upset about not getting to hold them because I was in shock. I couldn’t quite get my head around what was happening.

“We got to see them three hours later and that’s when it really hit us. They were so tiny, you can’t even imagine a baby that small. It was really frightening.”

Charlie and Harvey spent months in hospital and were finally allowed home four months after they were born in May 2017.

The following month Harvey had to be readmitted again to hospital and again doctors warned the 26-year-old parents to prepare themselves.

“Their chances of survival were so slim that we were told to take it hour by hour. They told us not to think about the future because it was so uncertain,” Luci said.

“We were so scared thinking about losing one of them or both of them, it was devastating. It’s not a situation you ever expect yourself to be in when you have your first baby.”

The brothers continued to fight and make their parents proud, proving the doctors wrong.

Since leaving hospital they have got stronger every day and have proved what fighters they are.

“Every day Joseph and I are shocked and amazed by how incredibly they’re both doing,” Luci said.

“I couldn’t be more proud of Charlie and Harvey, they’re my heroes.”

Miracles happen every day and we’re so happy these gorgeous boys were one of them.

Please share to wish this family a lifetime of health and happiness.