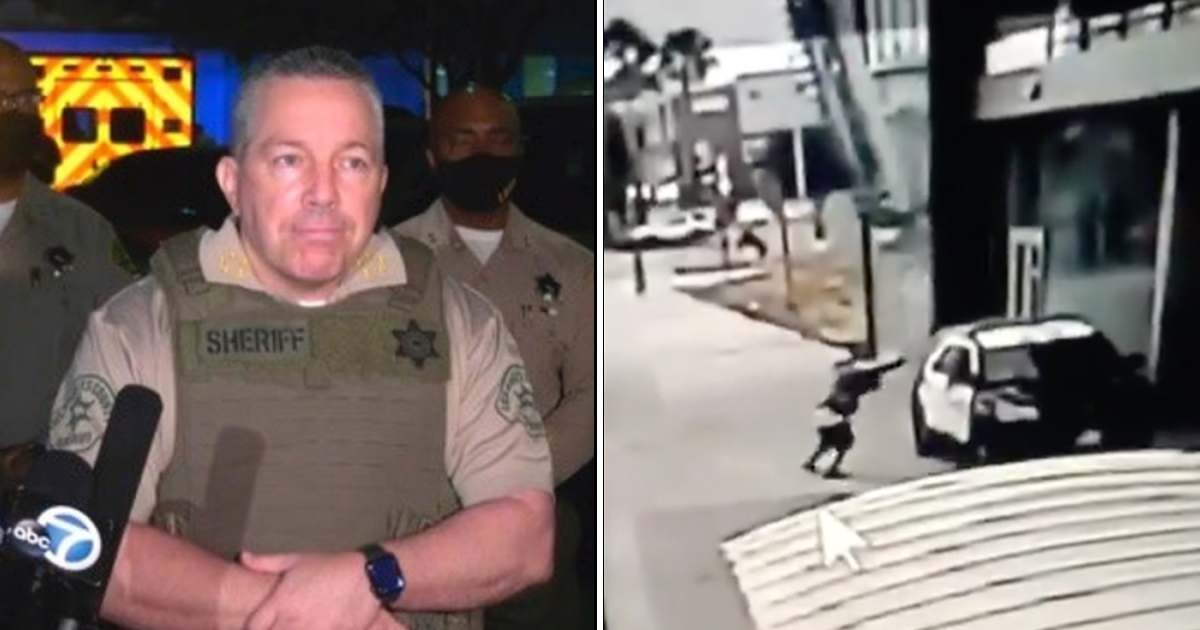 The Los Angeles County Sheriff’s Deputies shot in what reports have called an ambush-style attack at the weekend are now expected to survive their injuries.

LA County Sheriff Alex Villanueva said on Sunday both are out of surgery and that it looks like they will recover.

As per sources, the officers were ambushed by a suspect with a firearm as they sat in their police vehicle near a metro station in Compton on Saturday night.

The police department posted footage from a nearby surveillance video on Twitter that shows an unidentified man approaching the patrol car, raising a gun to the window and pulling the trigger.

Fortunately, the officers were able to radio for help after the suspect fled the scene. At the moment it remains unknown what the long-term effects on their health will be.

“We’ll see what the long-term impact is,” Villanueva said, as per CNN. “We don’t know that yet, but they survived the worst.”

The injured officers, a 31-year-old woman and a 24-year-old male, had only been on the job for 14 months, and so were relative newcomers.

Officials are said to be offering a $100,000 reward for information that could lead to the suspect’s arrest.

“This is just a somber reminder that this is a dangerous job, and actions and words have consequences. Our job does not get any easier because people do not like law enforcement,” Villanueva continued.

“It pisses me off, it dismays me at the same time. There’s no pretty way to say it.”

Truly, such a cowardly attack on officers of the law must be met with a harsh penalty. These men and women are risking their lives to protect us every day!

Share this article on Facebook if you hope that the person responsible for this shooting is apprehended and brought swiftly to justice!