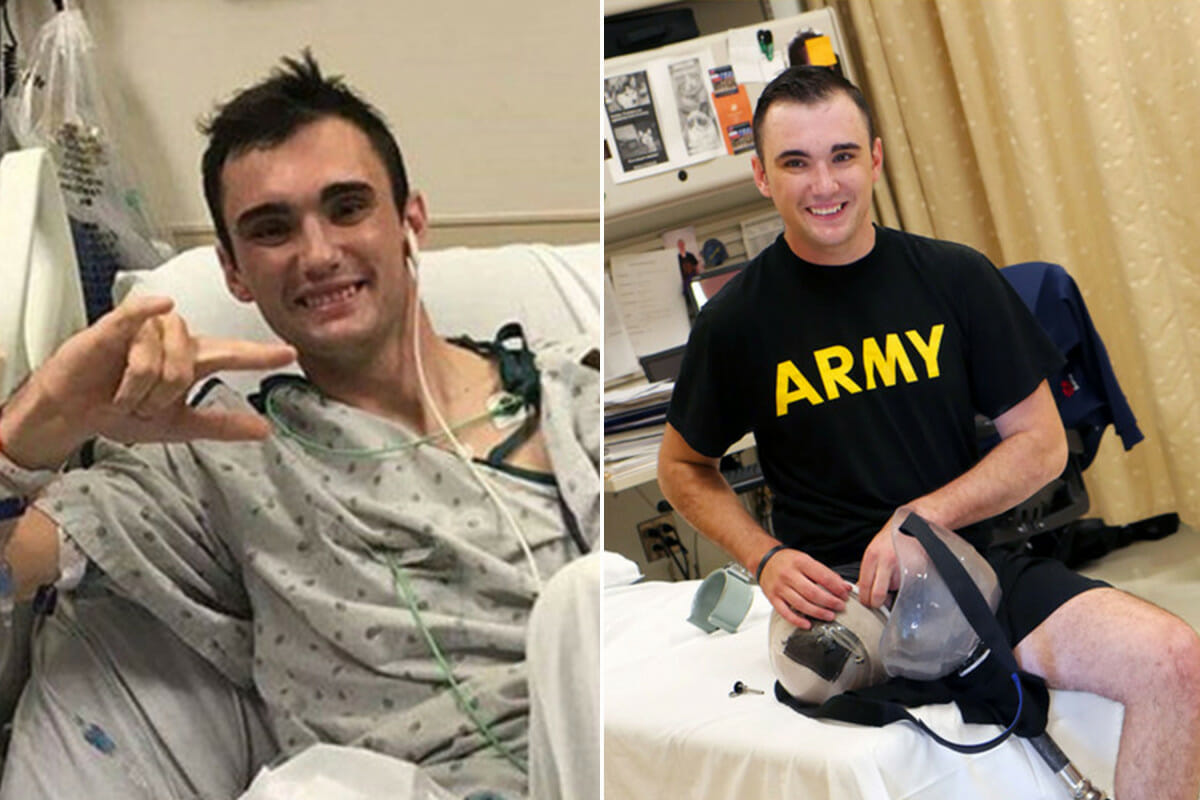 Let no one ever say Army Spc. Ezra Maes isn’t a hero.

Last year, the 21-year-old soldier was on deployment in Poland when he jolted awake to notice the tank he was in as part of an overnight training exercise was rolling down hill.

As per the Department of Defense, Maes said: “I called out to the driver, ‘Step on the brakes! But he shouted back that it wasn’t him.”

The crew immediately leapt into their emergency brake procedure, but it soon became clear nothing was going to stop the tank, which reached a speed of nearly 90 miles an hour.

“We realized there was nothing else we could do and just held on,” Maes said.

The tank eventually crashed into an embankment, resulting in Maes flying across the machinery and getting his leg caught in a gear.

Yet despite being stuck, the brave soldier had but one thought: the safety of the rest of his crew.

He explained: “I pushed and pulled at my leg as hard as I could to get loose and felt a sharp tear. I thought I had dislodged my leg, but when I moved away, my leg was completely gone.”

Bleeding heavily, Maes managed to get himself to the back of the tank to grab a tourniquet from the medical kit.

“All I could think about was no one knows we’re down here,” he continued. “Either I step up or we all die.”

Once the tourniquet was in place on his leg, Maes called out to a crew mate and asked him to toss him his phone. He unlocked said phone and sent a text in order to get help.

Maes was later rushed to hospital, before being airlifted to Landstuhl Regional Medical Center in Germany. Doctors were unable to save his leg, but Maes, somewhat unsurprisingly, is taking it in his stride.

“I feel super lucky,” he said. “My crew all does. So many things could have gone wrong. Besides my leg, we all walked away pretty much unscathed.”

What a brave man you are, Ezra Maes, and a credit to the U.S. Army.

Share this article to help us pay tribute to a man who definitely deserves it.