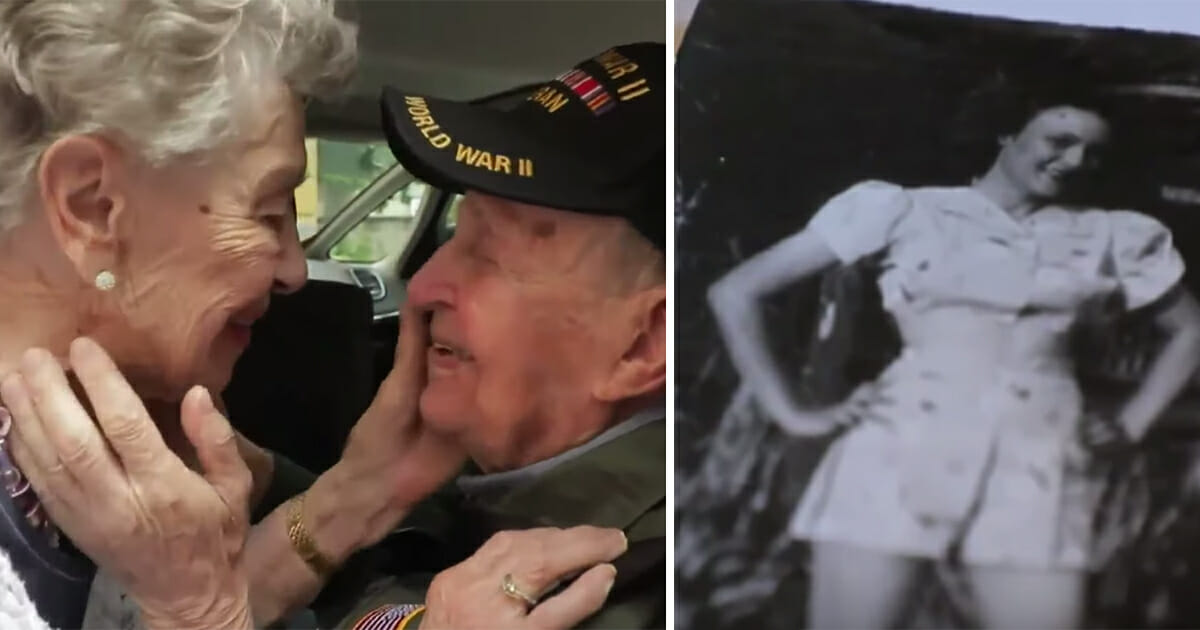 Alright, I admit it, I’ve taken a famous quote and manipulated it for my own means, but that doesn’t make it any less true. Love is an undying force that transcends reason, logic and law. It’s the source of so many great stories over the centuries, and we think we’ve found one that nestles in well alongside the best of them.

It involves a 98-year-old American veteran who fell in love with a pretty young French woman during World War II. Now, practically a lifetime later, he had the chance to see her again and tell her his feelings. Grab the tissues, it’s likely you’re going to need them.

The beautiful scene unfolded in France on the day that marked the 75th anniversary of the D-Day landing. French TV crews filmed K.T. (Kara Troy) Robbins and Jeannine Pierson as they met each other for the first time in three quarters of a century.

In a move that’s leaving people with tears in their eyes, it was then that K.T. told her: “I always loved you. You never got out of my heart.”

Then he pulled out a picture of her that he’d kept for over 70 years.

The pair first met way back in 1944, when K.T. Robbins was stationed with his regiment in north-east France during World War II. K.T. fell in a love with a young French girl named Jeannine, only for their relationship to be cut short two months later when he was deployed to the eastern front.

After the war, K.T. went back to America and eventually got married. He never forgot about Jeannine though, and harbored hope that he might see her again.

He was finally able to do so after a French TV crew filming a piece on WWII veterans in America found a picture of Jeannine in K.T.’s old photo albums.

K.T. informed them that it was his wish to go back to France and meet her family.

“I probably won’t see her. She’s probably gone now,” he told them at the time.

The French journalists tracked Jeannine down, however, and it turned out she was very much alive at 92-years-old.

When asked what she remembered of K.T., Jeannine said: “When he left in the truck, I cried, of course, I was very sad.

“I wish after the war he hadn’t returned to America.”

After the war ended, Jeannine learned some English in the hope that she could converse properly with K.T. if he ever came to see her.

Alas, once again their meeting was a fleeting one. Robbins had to leave for Normandy, though the pair’s farewell was heartbreaking. “Jeannine, I love you girl,” 98-year-old K.T. said. They then promised to see each other again sometime in the future.

Well, that certainly put something in my eye. Such enduring love is simply beautiful to behold.

Share this story if you agree that love conquers all!