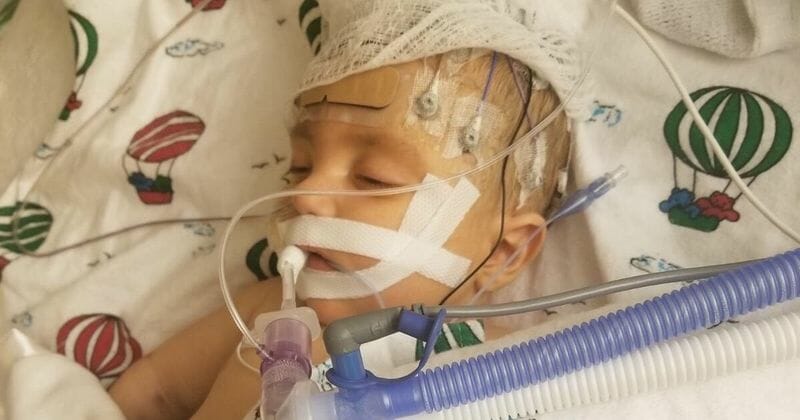 There are few things in the world tougher or more heartbreaking than watching a loved one suffer from sickness whilst you’re unable to do anything about it.

That pain is magnified tenfold when it’s your child who’s ill, and tenfold again when the illness is threatens their life.

Spare a thought, then, for 5-month-old Marcus Albers’ family, who could do little but watch and pray as their baby battled a rare form of liver disease. They had been told by doctors that he only had a few weeks to live unless he received a partial liver transplant.

Tragically, he simply ran out of time.

Marcus Albers, the 5-month-old baby who was awaiting a liver transplant at Children’s Hospital of #Wisconsin, announced Wednesday the baby “passed away peacefully in our arms, with his caring doctors, loving nurses and amazing staff by his side.”https://t.co/O3aDVmbxJc

As per Fox 6 Now, the Albers family confirmed on Wednesday, April 10 that their baby boy has passed away.

The statement told how Marcus “passed away peacefully in our arms, with his caring doctors, loving nurses and amazing staff by his side.”

HEARTBREAKING UPDATE ?: 5-month-old Baby Marcus, who was in desperate need of a partial liver transplant has died.https://t.co/hL2OBtW9Fd

Marcus’ parents, Tony Albers and Whitney McLean, searched in vain to find a donor in time, but the baby’s condition was extremely rare. Reports state he was suffering from a disease known as immunodeficiency 47, which is so uncommon there may be as few as 12 cases in the entire world.

Sadly, immunodeficiency 47 is so aggressive that it leaves victims with mere weeks to live. Tony and Whitney were left to pray that a suitable stranger would come forward and save his life – they weren’t eligible themselves – but it was not to be. A stranger had offered to donate part of their liver to little Marcus, but the family were informed that it wasn’t a perfect match shortly before the transplant was scheduled on April 2.

The full statement from the family after Marcus’ passing reads: “Thank you to the thousands of people who graciously volunteered to be a living donor for baby Marcus. We want to especially thank the individual(s) that were screened and selected for transplant but ultimately did not qualify. There was no disappointment from us. The donor’s health was just as important as Marcus’. However, our disappointment does lie with the living donor screening process. There should have been a better system in place to handle the large volume of selfless people attempting to call and be screened.

“This would have made it more likely that Marcus would have matched with multiple qualified living donors. Due to the limitations of this screening process, Marcus became too ill for surgery while waiting for matches. He passed away peacefully in our arms with his caring Doctors, loving nurses, and amazing staff by his side.”

Please share this article to pay tribute to a truly brave boy and his family at this difficult time.