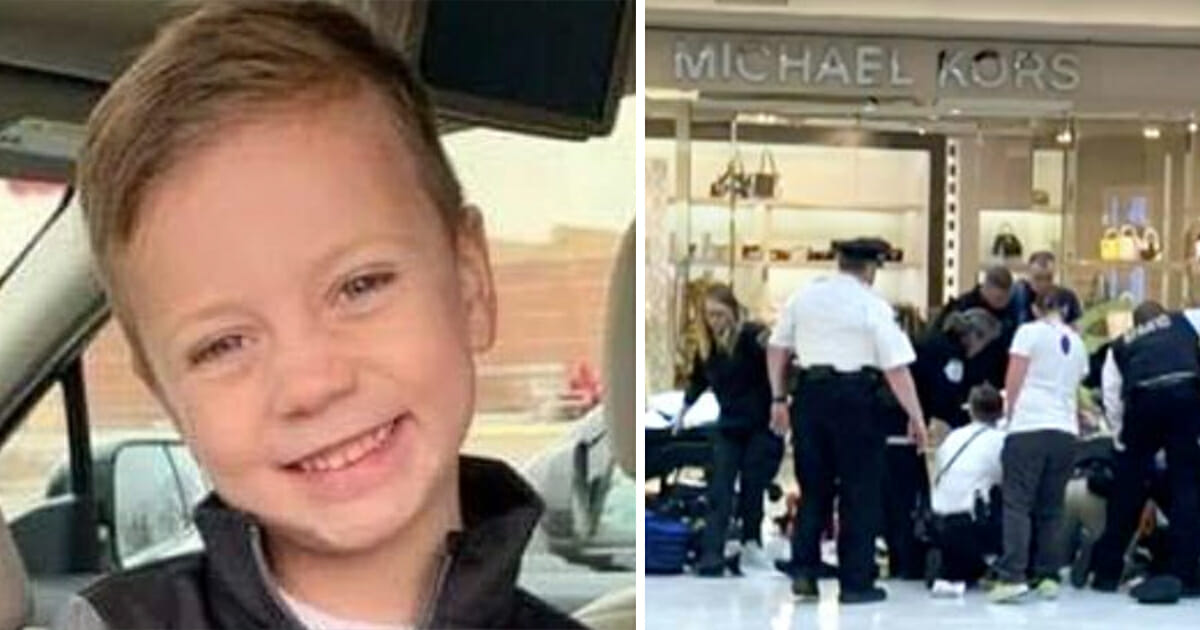 Landen Hoffman, the five-year-old hurled from a third-floor balcony in Minnesota’s Mall of America, is continuing to fight for his life, though there has been no marked change in his condition.

The boy was seriously injured on Friday after being picked up and thrown almost 40 feet to the ground by 24-year-old Emmanuel Deshawn Aranda.

Hoffman suffered multiple fractures and severe head trauma, and is in critical condition in hospital. Now, a family friend has provided an update on his condition …

Prayers and donations have flooded in from around the world in the wake of the tragic incident which has left a five-year-old fighting for his life.

Aranda has since admitted to investigators that he headed to the mall with the intention of “killing someone”. He said that he had initially wanted to kill an adult, but Landen became his target because he was standing close to the balcony on the third-floor.

According to the most recent update – courtesy of family friend Noah Hanneman – there has been “very little change” in Landen’s condition, though he continues to fight.

Hanneman’s post, on Landen’s GoFundMe page, reads: “During my most recent visit with Landen, holding his hand revealed a calm and warm aura in his room, one that likely is contributed from all of the immense outpouring of prayer and support from everyone across the globe.

“His condition has very little change at this point,” Hanneman wrote, “but we are hoping to get some good news back from some upcoming tests in the next few days.”

Suspect Aranda has been jailed on suspicion of attempted premeditated first-degree murder, a charge which carries a maximum 20 years to life in prison.

We’re sending all our prayers and thoughts to Landen and his family at this difficult time!