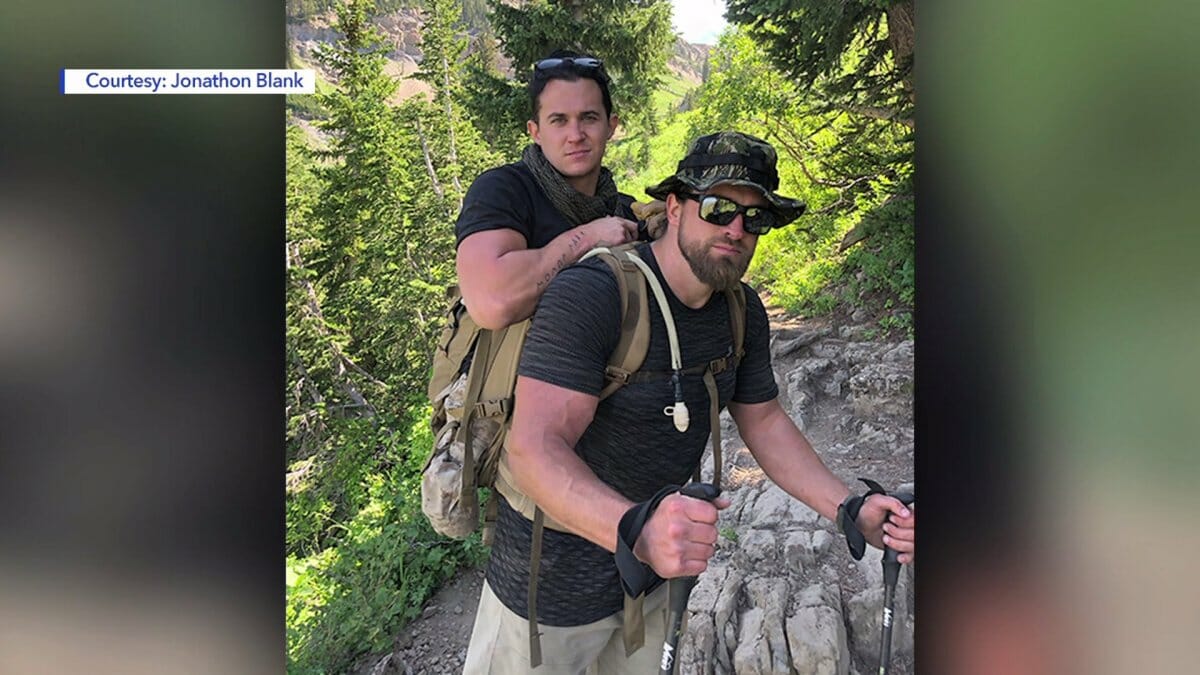 Ask any soldier or veteran, and they’ll tell you of the unbreakable bond formed between humans who serve together.

Jonathon Blank and Jonathon Nelson certainly pay testament to that theory. The two vets, who have been fast friends since their serving days, still love to go hiking together … even though Blank lost both his legs in combat.

Blank and Nelson were part of the same special operations unit of the Marine Core in Afghanistan 10 years ago, but sadly Blank was injured in an explosion.

Has that stopped him? Not at all …

Jonathon Blank and Nelson served in the special operations unit of the Marine Corps together in Afghanistan 10 years ago.​ https://t.co/5WXy3sR7tV

According to Fox59, Nelson had been driving past Mount Timpanogos in Utah when the thought crossed his mind, “I’m going to take Jonathon to the top of that, by myself.”

Of course, Blank and Nelson are no strangers to facing adversity together.

“We shared a lot of blood, sweat and tears to get to where we were, and it was all worth it,” Blank said.

Marine Staff Sgt. Jonathon Blank lost his legs when an improvised explosive device detonated next to him in Afghanistan.

He turned heads this weekend when he hiked to the top of Mount Timpanogos. Blank's Marine buddy, John Nelson, carried him on his back. https://t.co/1HnlL15vVC

Nelson had been standing close to Blank when an IED went off, resulting in an explosion that claimed both his legs.

“I thought this would be something epic for him to experience, to actually get to the saddle,” Nelson said.

And epic it certainly was! Nelson climbed 14.3 miles with Blank, who weighs 135 lbs, on his back, gaining 4,500 feet of elevation.

“Not only have I lived through this, but we’re also special operations guys,” Blank said. “We can do anything. We can maybe instill that mindset into other people.”

Well, that certainly brought tears to my eyes! God Bless you, Nelson and Blank.