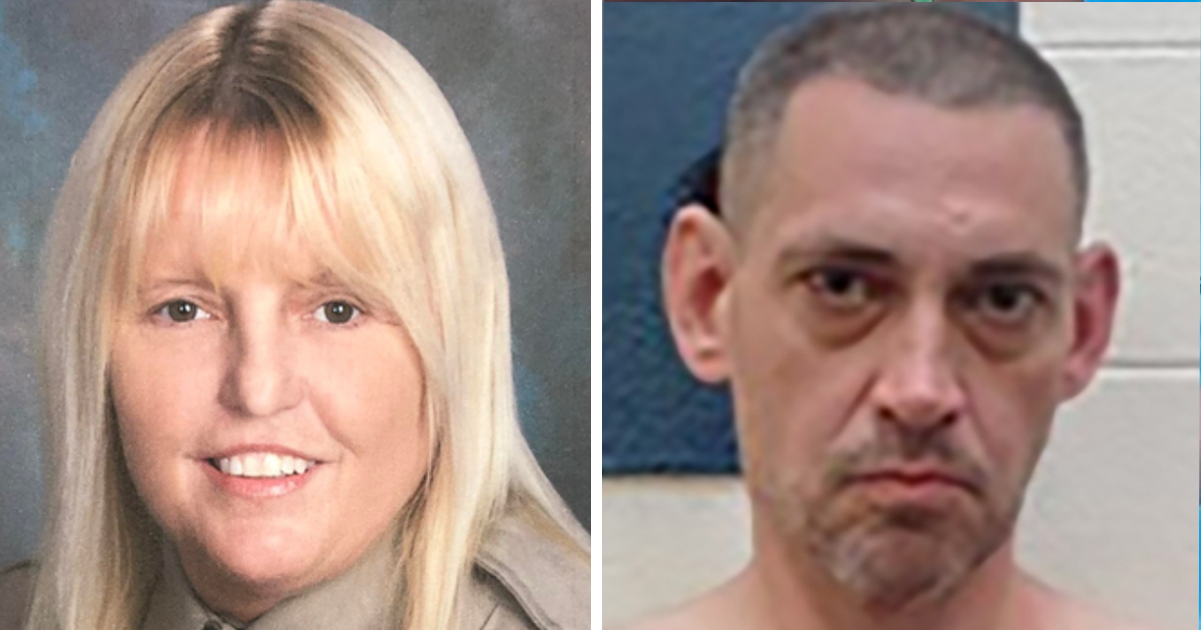 Vicky White, the former Alabama corrections officer who went on the run with escaped inmate Casey White, has died from injuries sustained during the pair’s arrest on Monday.

The Whites – who are not related – had been the subject of a police hunt since April 29, when Vicky, a corrections officer, helped Casey escape a Lauderdale County detention center.

The authorities caught up with them after an 11-day manhunt that has seen the pair become the subject of news stories up and down the country. As per CNN, a tip resulting from one such story was what led police directly to Vicky and Casey in Evansville, Indiana.

As per US Marshal Matt Keely, officers conducting surveillance initially spotted Vicky White exiting a hotel with a wig on. She and Casey got into a Cadillac and drove away, leading to a pursuit that ended when a US Marshals task force member drove a vehicle into theirs. The Cadillac wrecked and rolled over.

Sheriff Rick Singleton of Lauderdale County, Alabama, said that no law enforcement fired shots, though Vicky White was reportedly found pinned inside the vehicle with a self-inflicted gunshot wound to her head.

She was taken to hospital, but later died of her injuries, according to Sheriff Dave Wedding of Vanderburgh County.

Sheriff Singleton said that it’s believed the pair have been in Evansville since May 3.

“It’s hard to believe they’ve been here that many days, but we’re lucky that we stumbled upon them today,” he said.

Casey White, 38, escaped is facing previous murder charges. He will now be taken back to Alabama.

“He will be in a cell by himself,” Singleton said. “He will stay in handcuffs and shackles while he’s in that cell and if he wants to sue me for violating his civil rights, so be it. He’s not getting out of this jail again. I’ll assure you that.”

The Sheriff added: “I’ve always expected this outcome. I knew we would catch them. It was just a matter of time.

“This escape was obviously well planned and calculated. A lot of preparation went into this. They had plenty of resources, had cash, had vehicles, had everything they needed to pull this off, and that’s what made this last week and a half so challenging. We were starting from ground zero, and not only that, we started — they got a six-hour head start on us.”

CNN say that White, a serial past offender, had been serving a 75-year prison sentence after carrying out a crime spree in 2015 that included a home invasion, carjacking and a police chase.

In March 2016, he was indicted on 15 counts, including attempted murder and robbery.

Thank God Casey White was apprehended. In a way, it’s sad that Vicky White has lost her life, but crime simply does not pay!

Please, share this article on Facebook if you’re happy that Casey White is back behind bars where he belongs.