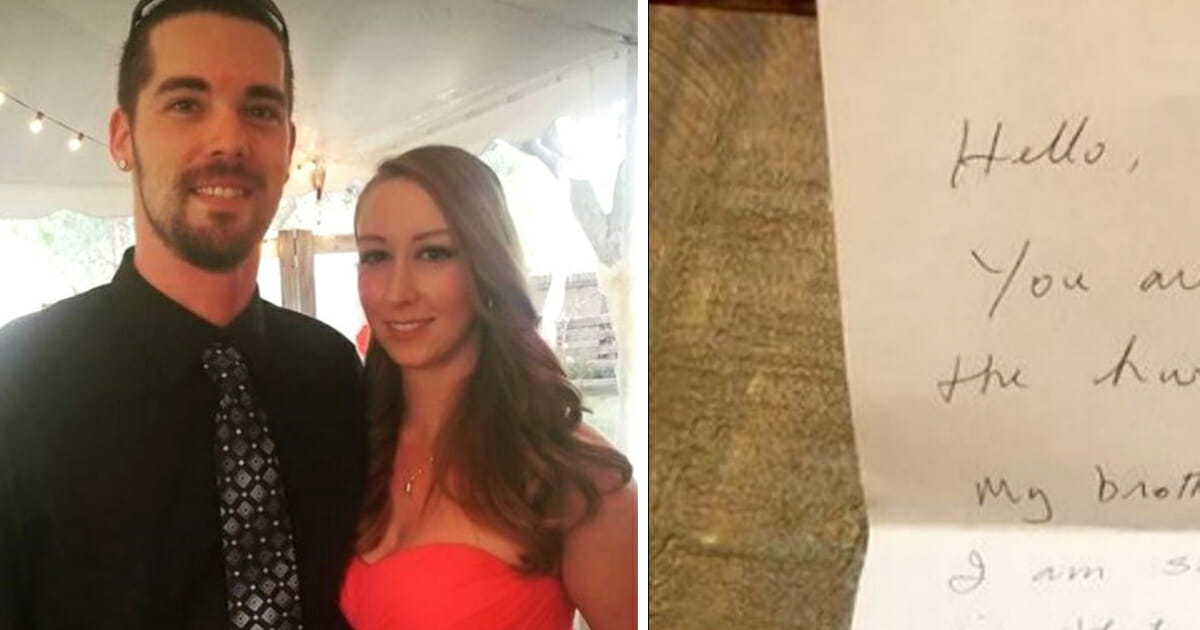 I’m lucky enough to live in a country where natural disasters really aren’t a problem.

Unfortunately, there are millions across the world who don’t have that luxury. Even in established, first-world countries, Mother Nature can wreak havoc on a whim.

That was exactly the case with Hurricane Irma, which swept across Florida and left a trail of devastation in its wake. Deanna Feist and her hubby decided they wanted no part in sticking around for the damage, and so left their home in Brandon, Florida and hit the road when forecasters first began to warn of Irma’s coming.

The newlywed couple ventured northward on a honeymoon that would see them escape Irma’s wrath. By the time the hurricane was done, she was to be considered one of the most intense to hit continental U.S. since Katrina.

Deanna and her husband ended up in Pigeon Forge, Tennessee, only to suffer the misfortune of having their vehicle break down.

They had chosen to go for lunch at The Old Mill restaurant, but when they pulled into the parking lot, the lights on their car’s dashboard lit up. The airbag lights, the tire pressure lights; it was the couples’ worst nightmare.

Deanna’s husband shut off the engine, but the vehicle wouldn’t start again. They asked a man in the vehicle beside them to help jump-start their vehicle and he “happily” agreed.

Meanwhile, Deanna went inside to put the pairs’ names down for a table. The restaurant’s longtime manager Mo Tamaddoni had been watching their predicament play out through the window, and so promised to get them seated as soon as possible so they could address their issues.

They were seated quickly and ate their meal knowing they still had plenty to sort out. But when they were ready to pay their bill, the waitress instead placed a strange envelope on their table.

Deanna would later write on Facebook: “(She) said it was from the manager, and that our meals were on the house. Inside was a voucher for free meals, $200 cash and a letter.”

The couple were left stunned. Not only was their meal free, but they’d also been benefactors of an incredible gesture that saw them receive $200 and another meal voucher.

The letter itself read: “You are probably here to escape the Hurricane Irma. My brother lives in Tallahassee, Florida. I am saddened to see such devastation in this beautiful state. I hope everything will turn out okay for you guys. Enclosed please accept my gift to you in case you need to buy a battery for your car. Also, I am enclosing a meal ticket so you can come back to eat here. Good luck and thanks for visiting my restaurant.”

Neither Deanna nor her husband could believe that a stranger, so far from home, could possibly do such a thing for them. She felt obliged to share her story on Facebook and let everyone know that such compassion still exists in the world.

“This act of selflessness and generosity has touched my heart … I promise I will pay it forward! This man is a Godsend!”

What an incredible thing Mo did, he deserves tribute!

Whenever you’re ready to despair with the world and the selfish people in it, remember that there are many good souls remaining.

If you liked this story and agree that Mo’s actions deserve acknowledgement, please share this story.