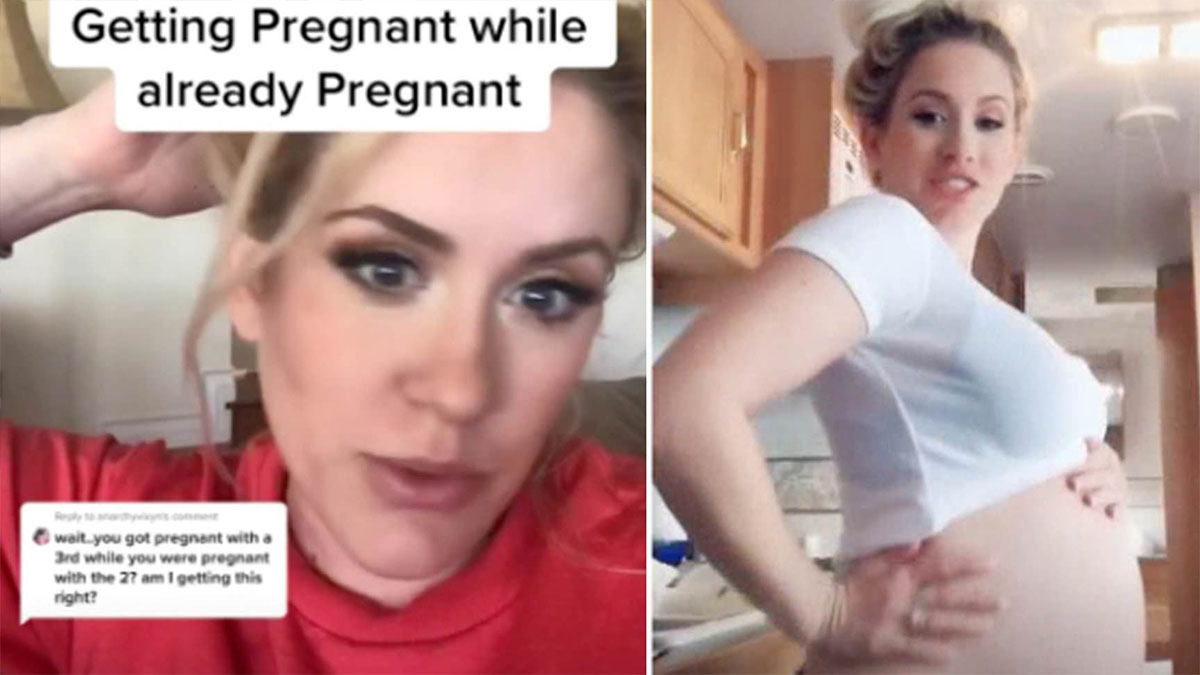 A woman says she fell pregnant while already carrying twins in a rare occurence said to affect less than 1 per cent of women.

The mom-to-be from the U.S. revealed her rare pregnancy story on TikTok saying she didn’t stop ovulating after falling pregnant with twins and went on to conceive a third.

She said the rare occurrence was called superfetation described by medicinenet as “an extremely rare situation in which a pregnant woman becomes pregnant a second time with another (younger) fetus.

“Superfetation can occur in some animals but is so rare in humans that fewer than 10 cases have been reported in the medical literature,” the site continued.

‘Theblondebunny1’ as she calls herself on TikTok shared that her third baby was the result of hyperovulation, meaning she released a second egg during her cycle, as per Cafe Mom.

The mom-to-be said: “Normally your body is supposed to switch up your hormones and stop you from ovulating again once you’re already pregnant. In my circumstance it did not.

“About 10 per cent of women can ovulate twice a month. Only I think .3 per cent get pregnant a second time.

“So technically our babies do have different due dates, luckily they’re close enough that they will be born the same day, so they will all still be considered triplets.

“So with superfetation the eggs came at different dates, and so they have different gestational ages.

“Ours are only a few weeks apart but sometimes they can be months apart,  and those people actually have to have different due dates.”

She added that she and her fiancé were overjoyed with the news but haven’t yet found out the gender.

“To confirm it was superfetation and not just twin absorption or a malnourished baby the doctors are doing ultrasounds every two weeks,” she added.

“And sure enough its(her third baby) been hitting every single milestone, growing at a healthy rate, just ten to 11 days behind the first two babies we have.”

The new mom has recently passed the 16-week mark and is getting ready for an April or May birth.

“Natural birth, we’re really excited. We hit the jackpot it’s our first pregnancy, and we’ve got three coming at once. So probably going to be my last as well,” she added, as per The Sun newspaper.

I’ve never heard of this happening before, have you? Let us know what you think in the comments section below.

Help us send more congratulations to this woman and her partner by sharing this story.