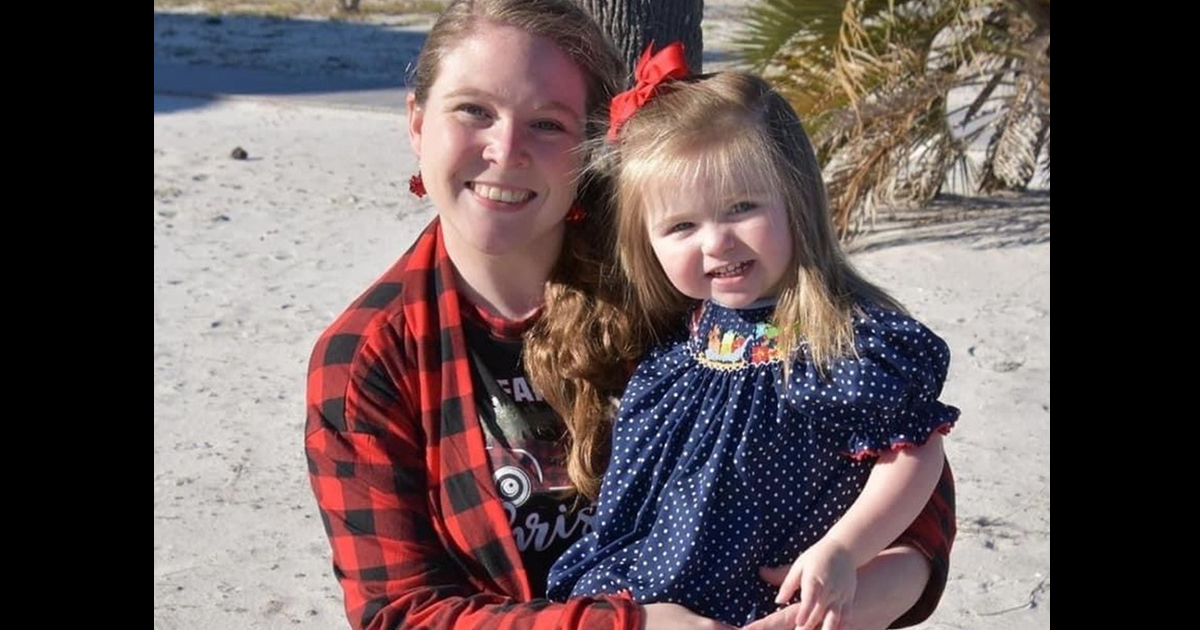 A family from south Alabama is grieving the loss of a 32-year-old pregnant mother who died of COVID-19 last week.

As per reports, Haley Mulkey Richardson worked as a nurse in a labor and delivery unit at Ascension Sacred Heart Hospital in Pensacola.

The 32-year-old lived with husband Jordan Richardson and the couple’s 3-year-old daughter Katie. She was pregnant with the family’s second child at the time of her death.

Haley’s mother, Julie Mulkey, spoke of the pain at losing both her daughter and her unborn grandchild.

According to AL.com, a friend of the family, Jason Whatley, revealed that Haley had contracted COVID-19 in late July or early August, approximately three weeks before she passed away.

“She was home sick for about a week and then her heart rate went up,” Jason said. “I guess that’s something they look for.”

Haley was initially admitted to the USA Health Children’s and Women’s Hospital in Mobile, before being moved to the ICU at USA Health’s main hospital campus just a few days later.

Jason continued: “After about three or four days in the hospital, the [obstetrician] told her that she was going to lose the baby.

“And she continued to get worse and worse.

“At some point, they basically told her that we’ve got to start treating you as if you didn’t have a child. We’ve got to do what we can for you because the baby is going to pass anyway.”

Mom Julie added: “Haley did call me crying, that she was going to lose the baby. And she was down there by herself when that happened.”

She wrote: “Here in the dark, in the wee hours of the morning, it is so easy to pretend that all of this was just a nightmare or that I’m just here in this hospital bed due to my own issues with Covid,” Richardson wrote. “Not for anything being wrong with my sweet baby girl whom I thought I was protecting in my own womb.

“I know the prognosis and I know the reality. And while part of me may start to acknowledge this, the other part of me still believes God is still the God of miracles and is in control above all else. I hope and pray for miracles, but having said that I am also praying for his will to be done. If there has ever been a time to ask for something to be taken out of my own hands and put in his, it is now.”

Tragically, after receving the news that she would lose her baby, Haley’s condition continued to deteriorate in hospital. Four days prior to her death, she was placed on a ventilator.

“The doctor called us I guess around 1:30 Friday morning and said that things were looking very grim and asked me where we were and how long it would take us to get there,” Julie said.

As per AL.com, Haley had opted not to get vaccinated against COVID-19 because she was planning to have another child and was worried about the possibility of having any anaphylactic reactions.

“Haley had had anaphylaxis reactions in the past,” her mom said.

“So for that reason, she felt that it was not safe for her.

“And then, of course, with all the negative reporting that has gone on, what was she to believe about what the vaccine would do to reproduction?

“Stuff about that it would destroy a female’s eggs and that kind of thing, and she wanted to have her second baby. That made her afraid to get it.”

The hospital where Haley worked requires all of its staff members to be vaccinated by November. The 32-year-old was said to be waiting until after she gave birth to get the vaccine.

“We talked about it several times,” Julie explained. “She said at one point that she had about made up her mind to do it. And she just… she just couldn’t quite get it done.

“If she had had the information that has come out since this happened to her, yes, she would have gotten it.”

Our thoughts and prayers go out to Haley’s family and all of those who knew and loved her.

We pray for a day when COVID-19 is no longer taking people away.

Please, share this article to send love and prayers where they’re needed.