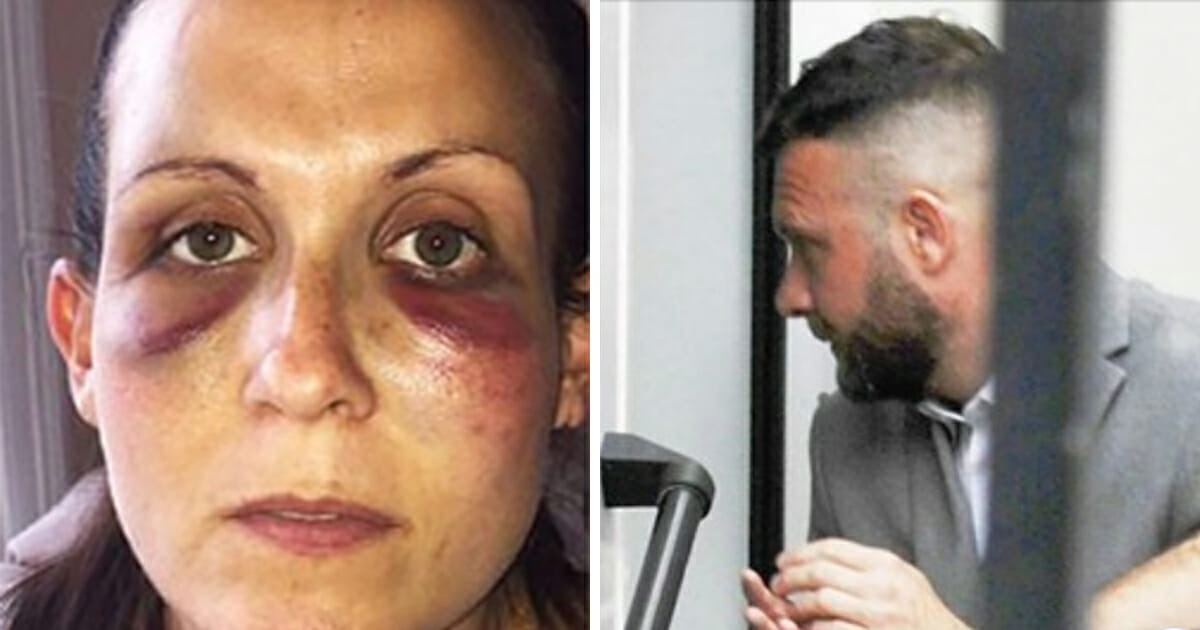 A UK mother is encouraging others to report domestic violence wherever it exists, having been beaten by her husband whilst using her body to shield her three-day-old baby.

According to reports, Kerry Armstrong was set upon by her husband, Gary Peoples, who then proceeded to assault her 13-year-old daughter.

The girl, from a previous marriage, entered the room to see her mom being attacked. Peoples then pushed her up against the wall, before later being arrested for his actions.

The judge in the case heard how in the initial aftermath of the assault, Peoples refused to let Armstrong leave the house. She was able to escape, however, and drove to her mother’s house. Her brother then informed the police.

Armstrong was left with two black eyes, facial swelling, and bruising to other parts of her body, having used her body as a shield to protect her three-day-old baby.

Peoples, 40, meanwhile, admitted to the assault and was jailed for 20 months. Armstrong is now doing her best to spread her story in the hope that it will encourage other victims of domestic abuse to step forward.

Beyond criminal evil guy!Would you let your husband do this to you after days of giving birth?Play group leader Kerry Armstrong, from Belfast, was attacked by her husband at their home just … https://t.co/O9l0roe81H via @MailOnline

“It has been quite a long time since this happened and it has been hard to get to this point,” Armstrong told BelfastLive.

“At times I just wanted to give up but I was determined to go through with it on behalf of other women who have suffered and who are still suffering from the effects of domestic violence.”

In fact, the National Domestic Violence Hotline says the time when a person tries to leave their abuser is often the most dangerous for a victim of abushttps://t.co/xdvZJrfVzX

Indeed, domestic violence is a blight on our society that has absolutely no place. No woman – or man, for that matter – should live in fear of someone who is supposed to care for and love them.

Let’s help Kerry by sharing her story far and wide. Hit the share button Facebook if you support her!