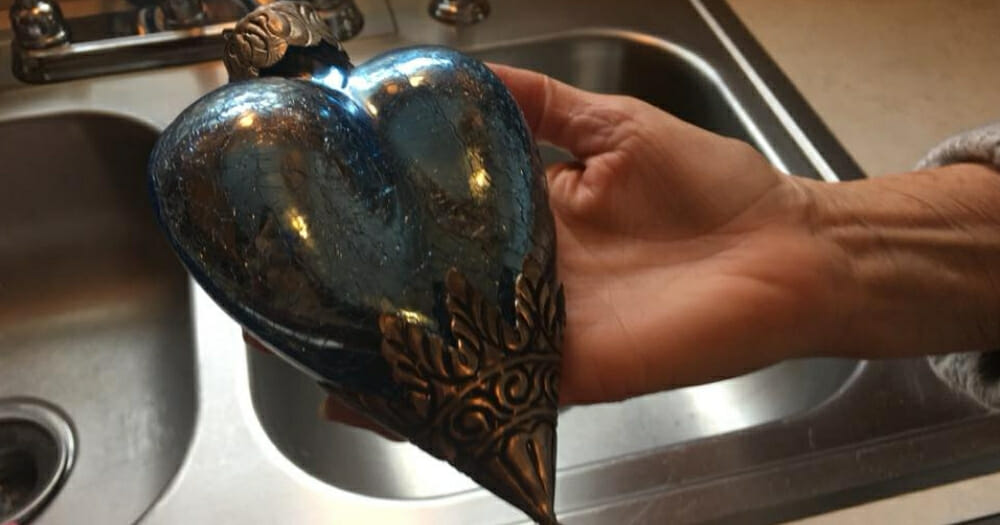 If you’re anything like me, your home (or at least your attic) will be filled with junk you bought at second-hand stores.

I know I’m not alone when it comes to indulging my urge to buy, buy, buy after stumbling upon cheap things. I guess it’s a human need of one sort or another, even if I haven’t yet got my hands on any sort of treasure.

That said, I have read plenty of stories wherein people have purchased old paintings that turn out to be works of a famous artist, or else clocks and cabinets containing hidden compartments filled with valuable gems. Alas, I have no such luck. What I see is what I get.

I’m sure Priscilla Bailey of Massachusetts thought she sat in the same group when she picked up an ornament for Christmas from her local thrift shop. It cost her $2.99 – the only reason she bought it was because she liked the way it caught the light …

In her own words, the ornament bears markings that look like angels or vikings, and she describes it as “really beautiful”.

Turns out, however, it’s more than just really beautiful, it’s actually really valuable too (to someone, at least). After getting it home, Bailey took a closer look at the ornament and saw that there might be something inside.

When she hung it in a position where it could catch the light, Bailey spotted something moving. She took out a flashlight and began an examination.

“It’s small. The two spots in it are small, the size of a golf ball,” she said. It transpired the heart was filled with a powdery substance.

Bailey believes she’s happened upon someone’s urn, complete with their ashes inside. She and her daughter, Kat, are now making it their goal to reunite the heart with its rightful owner.

“At first I got spooked, for a second,” Bailey explained. “But then, it’s been in the house all this time — a couple of weeks now — and it needs to find its owner!”

“It’s beautiful,” Bartlett added. “It must have a story, so that’s my goal — to find out where and who this belongs to.”

It’s Bailey’s hope that someone comes forward to claim the urn, though she’s more than happy to keep it on display until such a day comes.

What a strange find. Nevertheless, it proves that you should always look closely at second-hand products; you never know what you might pick up.

Share this story and let’s help reunite someone with their loved one’s lost ashes!