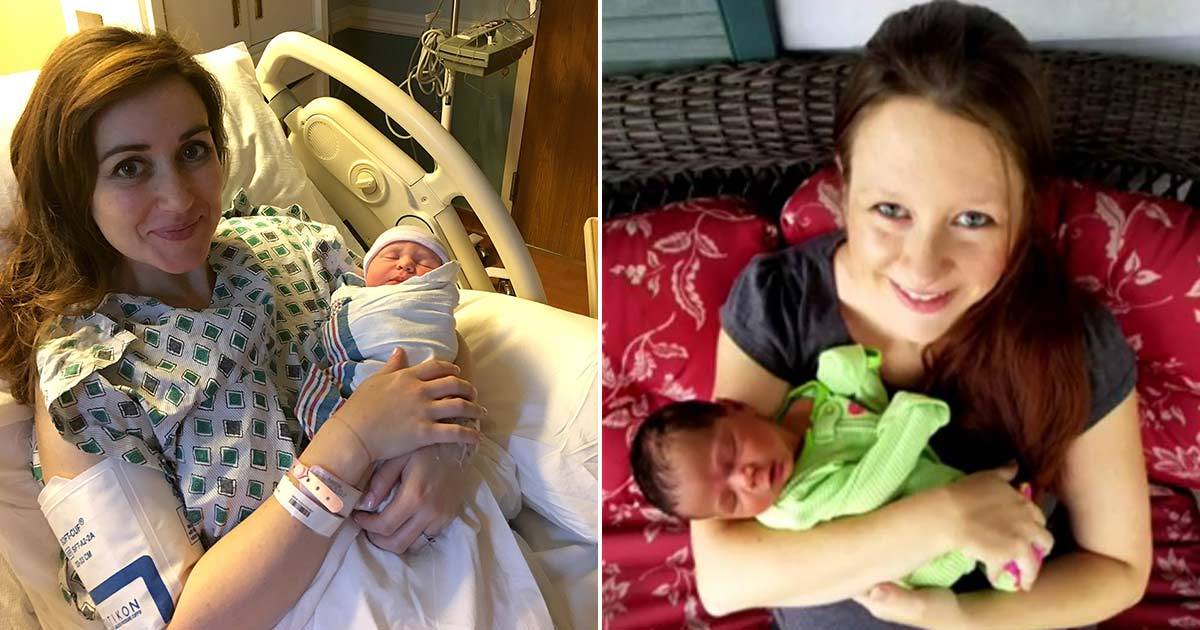 Let’s take a minute to salute all hospital workers out there. All hard-working folks who have who have dedicated themselves to saving lives and looking after people’s health. Every job can be difficult and rewarding in its own way, but to be responsible for someone’s life must be pretty stressful.

Hospital workers are known to be very dedicated to their jobs. Oftentimes, they put their own lives on hold to help others in need.

This certainly was the case for obstetrician, Dr. Amanda Hess, who had admitted herself to the maternity ward as a patient in labor… but ended up delivering someone else’s baby first.

Dr. Amanda Hess, an obstetrician at Women’s Care of the Blue Grass in Kentucky was off-duty — as off-duty as a doctor can get, that is.

She was in labor herself, about to give birth to her second child.

“I had actually taken a call the day before, so I thought really that I was working up to the last minute,” she tells Lex18. “But this was literally ’til the last second.”

As she was being checked in, she overheard another woman who was also in labor.

Turns out it was Halliday Johnson, a patient she had personally examined before. But Dr. Hess could hear something was not quite right.

Halliday was in desperate need of a physician. Although Dr. Hess was being prepared for her own induction and delivery, she decided to come to the other woman’s aid. She immediately went into doctor mode.

Moments later, the doctor had delivered Halliday’s baby, as pictured below.

The story is so remarkable that another doctor from the same clinic, Dr. Hala Sabry, later took to her Facebook page to praise her colleague for her selfless act.

“Hats off to this #DrMom and member of Physician Moms Group #PMG, Dr. Amanda Hess!”, she writes in her post. “In her own words, she “put another gown on to cover my backside, put some splash boots on over my flip flops” and delivered that baby! She literally worked until the last second!!”

“Those mamas are bonded for life!” she adds.

“Doctor moms consistently take care of their own families as well as their patients and their respective families all the time. Great job, Dr. Hess! Now enjoy your maternity leave!”

What a lovely story about a selfless and skilled doctor! Please consider sharing to honor all of our devoted hospital workers out there, whether they’re delivering babies, saving lives or making us feel better! We appreciate all that you do.