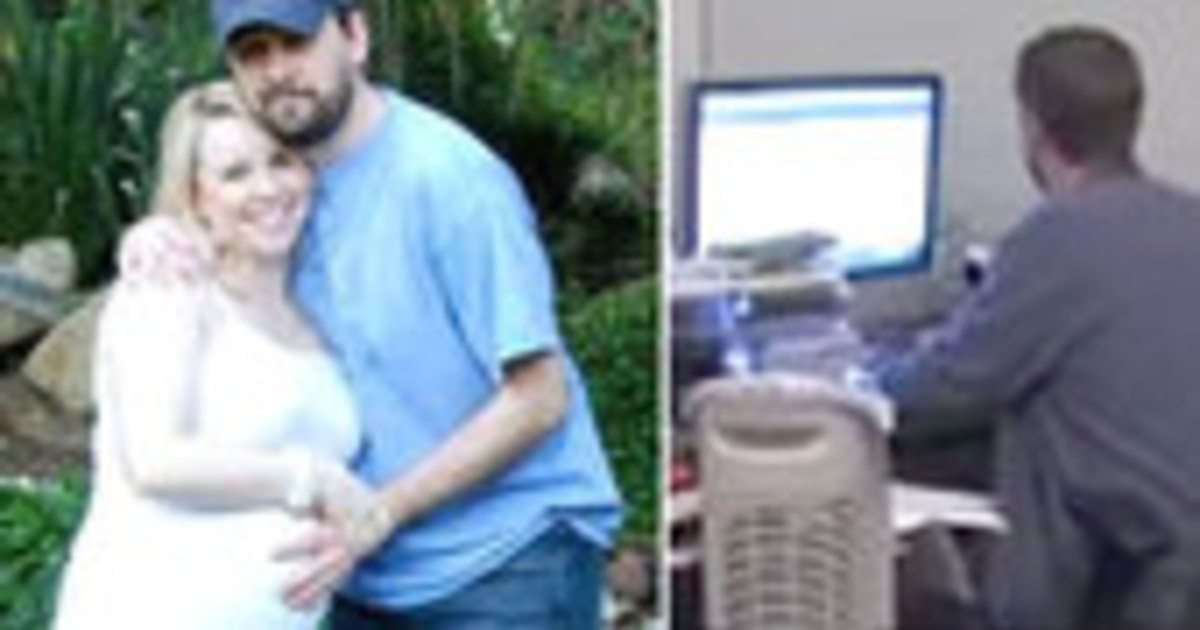 Life is both short and unpredictable. Treat each day as your last and always cherish every moment with the people you love. You never know when they might be taken away from you.

Someone who knows all about this far too well is Matt Logelin from Minnesota, USA. Some time ago, his story made its way all over the world. We want to share it again now in case you’d missed it.

In March 2008, Matt was over the moon with joy. His wife had just given birth to their baby girl.

But just 27 hours later, his whole life was turned upside down. He was struck by an unimaginable tragedy — a nightmare, really.

But some time later, something possessed him to turn his computer on. That’s when things started to come together and he regained his strength.

It all began in high school, when Matt met Liz, in Minnetonka, Minnesota.

Little did he know that she would later become his wife and mother of his child.

Matt and Liz were not just high school sweethearts — they were the love of each other’s lives.

This couldn’t be more true for these two love birds. Seems like it was all planned out for them.

Their college years were spent mostly separately but they preserved their love by maintaining a long-distance romance, The StarTribune reports.

Then, 8 years after they first got together, Matt proposed during a trip in Nepal. They then moved to Los Angeles together.

When Liz became pregnant, the couple started a blog so that their family and relatives in Minnesota could follow their journey and get updates.

Liz’s pregnancy was anything but easy. She was bed-ridden during the last 5 weeks. The doctors explained to the couple that Liz would have to have a C-section 7 weeks ahead of her due date.

On March 24, 2008, Madeline Elizabeth Logelin was born prematurely through a C-section, but nevertheless healthy and beautiful.

Liz on the other hand, was weak after the long and complicated delivery. She saw her newborn baby for only a moment before having to rest. The doctors urged her to rest for 24 hours straight before gaining enough strength to even hold her newborn.

“I had to split my time between Liz in her hospital room and also going to see Madeline,” Matt says, speaking about that day in an interview on the Rachael Ray show.

Liz woke up the next day and the hospital staff gave the couple the green light to reunite with their newborn.

Matt helped her up and she walked around the room a little, the plan was for her to sit on the wheelchair to be taken to Madeline. But she never got to the wheelchair. She collapsed right there and then.

“All of the sudden there were a bunch of doctors and nurses in the room and I got ushered out,” Matt says. “I remember two of them walking out of the room arm in arm and crying. I knew it then that Liz was gone.”

Liz died just 27 hours after giving birth. The cause was pulmonary embolism, caused by a clot in her leg that had travelede to her lungs. The doctors were unable to save her life.

Many people experience the days after having their first baby as the happiest days of their lives. Matt’s feelings of happiness were met with the most heartbreaking pain he could ever have imagined — the loss of his soul mate.

He was beyond devastated.

Life without Liz was not easy. For months, Matt even slept on the couch as it was too heartbreaking for him to even enter their shared bedroom.

But as time passed, the widowed dad had to somehow get on with life and be strong for his new baby girl. As he later said, it was his girl ‘Maddy’ who finally got him through it.

Then one day, he gained enough strength to turn on Liz’s old computer. There, right in front of him, was the blog they had created together documenting the pregnancy.

He decided he needed to continue writing, more than anything, to release all his pain and to heal. He needed to write for Liz’s sake. And so he wrote… and kept on writing.

The blog became his therapy through which he expressed the pain of losing the love of his life.

It was raw and honest and thousands fell in love with his blog. Just a few months later, he was getting 40,000 readers a day.

Along with it being a cathartic experience, Matt never imagined finding so much solace in the support of the thousands upon thousands of strangers who wrote him daily.

It would be everything from advice on how to be a single dad, to letters of consolation.

He was deeply moved.

Matt’s blog has since been made into a book and then a memoir called ‘Two Kisses for Maddy: A Memoir of Loss and Love.” Matt also started a foundation (the Liz Logelin Foundation) after his late wife, which supports “grief- stricken young families in their time of deepest need.”

Last year the StarTribune reported that actor Channing Tatum and his production company had optioned the rights to Matt’s book and story and would potentially turn it into a movie.

Madeline has grown up to be a happy and clever girl. According to her father, she hasn’t yet decided whether she wanted to become an artist, a space scientist, or a marine biologist when she grows up.

Matt also says she is the spitting image of her late mother. Throughout her upbringing, he has made sure that Liz has been present one way or another.

“We still talk about her daily,” Matt tells StarTribune. “I don’t know all the answers, but for us, it’s worked really, really well. She seems incredibly happy.”

Watch this moving segment from the Rachael Ray show from a few years ago.

The pain Matt has gone through is unimaginable. But he channeled his energy and used it to spread love instead of anger. Maddy is one lucky girl to have such a loving father.

Please consider sharing this moving story with all your friends to honor all widowed parents.