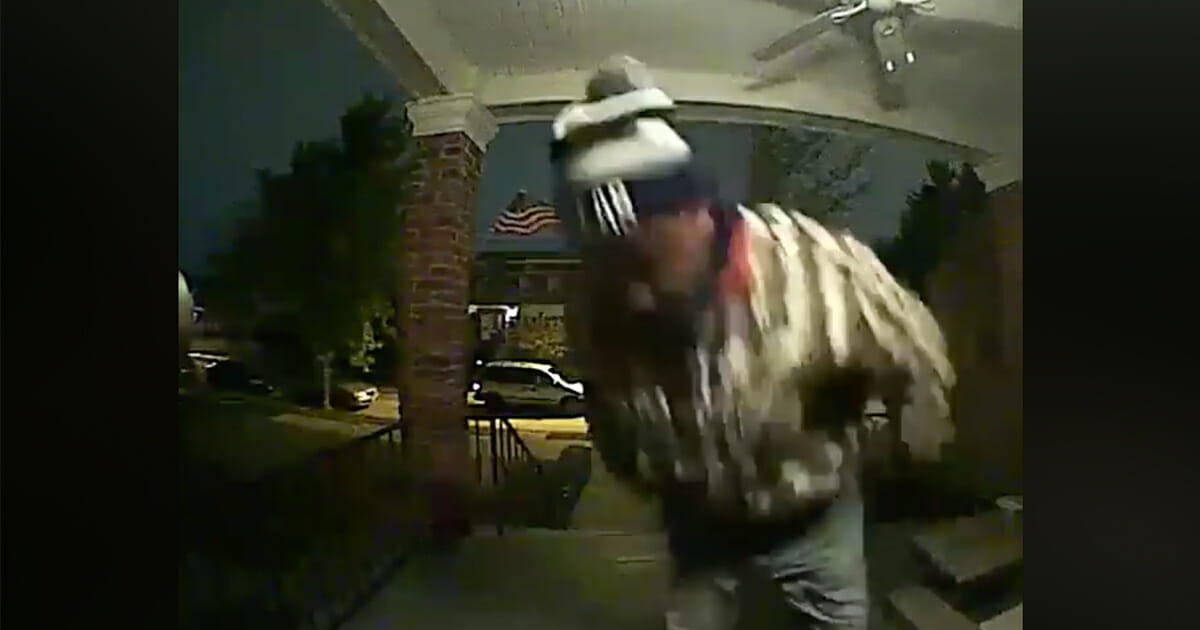 We all lose things from time to time. It’s frustrating as all hell, often extremely inconveniencing, and sometimes financially damaging.

The fact is, though, it’s simply a part of life.

When Katie Egger Makris, of Washington D.C. lost her wallet while on the way to the gym, she would have been forgiven for feeling peeved at having to replace numerous cards from several aspects of her life.

Katie didn’t realize her mistake right away, though. In fact, she didn’t know until she got an alert from her home security provider via her smartphone. Alarmingly, it showed a stranger outside her front door at 6am in the morning …

With it still dark out – and too early for any legitimate postal worker to be delivering mail – Katie was suspicious of the person she was watching in the video alert.

In a Facebook post she wrote after the incident, she wrote: “Typically, posted videos from Ring cameras are about package thefts, break ins, people juggling car doors on the street to see what’s open…and our neighborhood list serve is always littered with these this time of year.”

However, what Katie wasn’t to know at that moment was that she couldn’t have been more wrong in her assumptions.

It turned out the stranger, wearing a plaid shirt and seemingly rummaging around her mailbox, wasn’t sticking around for the long haul. He left something behind and quickly left the home, leaving Katie to ponder what he had been doing.

Katie’s husband went to check outside the door, and found a package that the stranger had left behind. It was Katie’s lost wallet!

That’s right: the stranger had discovered the wallet, searched through her I.D. cards and found her home address, then proceeded to hand-deliver it to her door.

“This guy was nice enough to stop his van, clearly checked the address on the ID and returned it under our mat. Anyone who lives in DC knows this is pretty much unheard of – you drop a wallet, you lose a wallet, and you usually lose everything in your accounts if you’re not quick, too. Counting my blessings today- I’m damn lucky. Random Dallas fan in the plaid with the white van: thank you. You’re what’s right in the world,” she wrote on Facebook.

You can watch the video of the stranger below. What would you have thought?

As Katie said, this stranger is all that is good in the world. We tip our hats to you, sir.

If this video helped restore a little of your faith in humanity, share this article with your friends and family on Facebook!