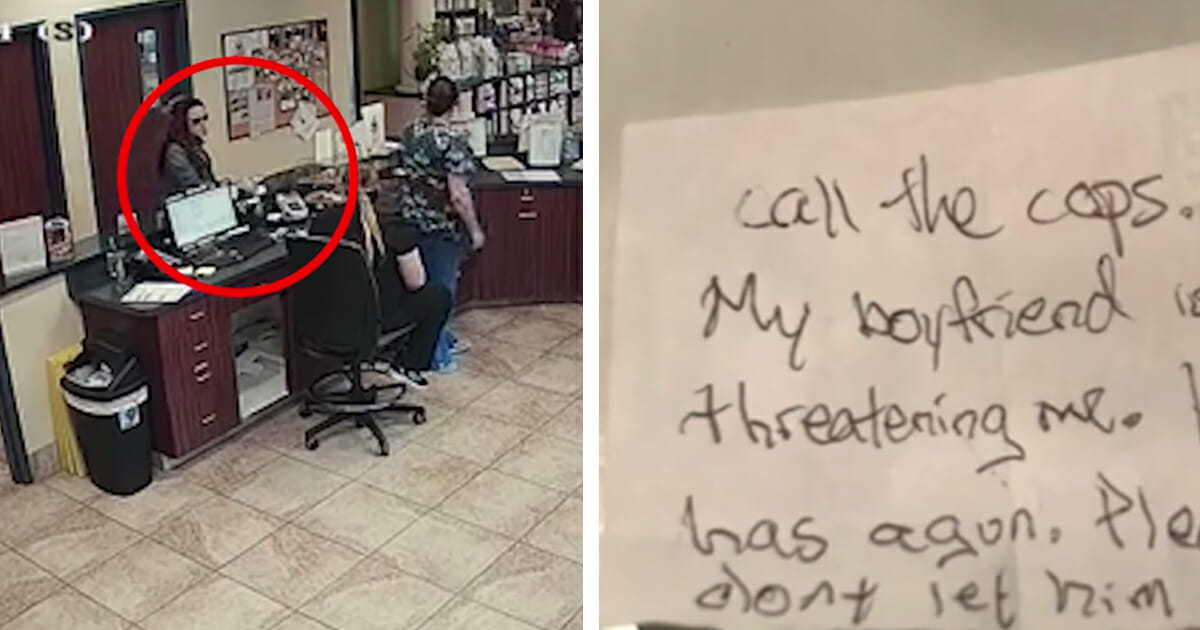 Abhorred by all, terrifying for the victims and a tragic betrayal of trust; domestic violence has no place in the world.

Yet, unfortunately, it remains a problem. Men and women all over the globe are subjected to emotional or physical abuse each day, sometimes being so ground down that they become prisoners in their own homes.

That was the case for Carolyn Reichle, who endured two days of beatings and gun threats at the hands of her then-boyfriend, and convicted felon, Jeremy Floyd.

On the third day, however, Carolyn hatched a plan. It was one fraught with risk, but if it worked it promised to eliminate her problems in a spectacular way.

After being subjected to violent abuse at the hands of her boyfriend for two days inside their DeLand home, Carolyn Reichle knew she had to do something.

As per the New York Post, she’d spent the second of those days laid up in bed. Her head had injuries from where Floyd had attacked her, whilst there were two bullet holes through a wall of their home as a result of a struggle over a gun.

But though Jeremy Floyd might have thought he had Reichle too scared to do something, he was wrong.

The 28-year-old convinced Floyd to let her take her dog to the vet, according to the Volusia County Sheriff’s Office. Floyd agreed, though travelled with her, a loaded gun in his pocket.

On the ride there, the 39-year-old threatened to kill Reichle and her entire family, but when they arrived Reichle was able to smuggle a secret note to staff.

The note read: “Call the cops. My boyfriend is threatening me. He has a gun. Please don’t let him know.”

The worker took the note seriously, contacting the authorities immediately and telling them all she knew. Then the staff pretended to continue with their duties, Reichle and Floyd waiting in a side room together.

Soon, the cops showed up and placed Floyd under arrest. He was held without bail in Volusia County Branch Jail on a number of charges, including domestic violence, aggravated assault with a firearm, and false imprisonment.

Reichle, meanwhile, was taken to hospital, where she was treated for a head injury, a black eye, and bruising on her arms.

Thank goodness Reichle mustered the courage to devise a plan to save herself. Equal thanks go to the staff, for knowing exactly what to do and how to go about it.

Domestic violence has no place in the modern world. We must work together to root it out wherever it rears its ugly head.

Bravo to the vet and assistants for BELIEVING a woman, and acting courageously! All their lives were in peril. Thanks to the police too!

Help us by sharing this incredible story and please how your support for the anti-domestic violence movement.