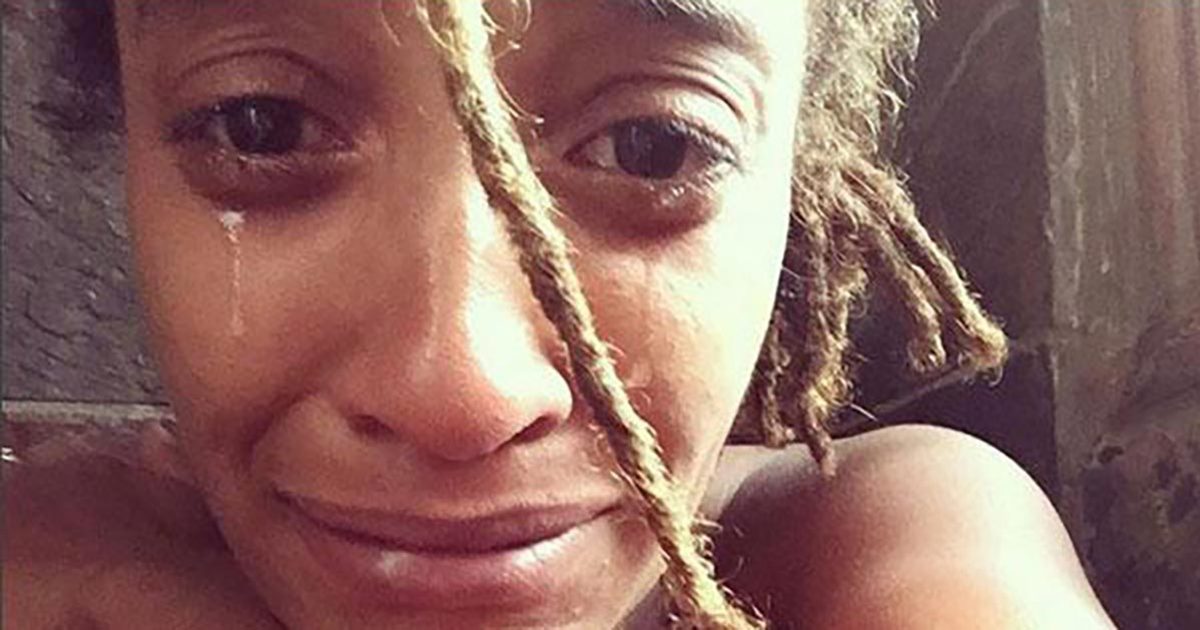 In a very candid and graphic story, Amber Amour, 27, is getting thousands worldwide to react.

Instead of bottling up her emotions and suffer in solitude, she took to social media straight away after a horrific experience where she was violently sexually assaulted.

This might be perceived as an unpleasant story to read for many readers but we feel it’s important to shed light on this very important subject.

Amber from New York, was 24-years-old when she went on a tour across the world, giving speeches about sexual assault when one night she was sexually assaulted herself.

Halfway through the tour, while in Cape Town, South Africa, things took a dark turn. Right there, while on her very tour campaigning against sexual assault, Amber was raped in a shower by a man.

Previously that night, she’d met the man at a bar close to her hostel. When he’d offered her a shower with him, she agreed. She had been sick for 2 days and there was no warm water running at the hostel she was staying at and she was dying for a shower. She had agreed to the shower but not intercourse. The man then violently raped her right there in the shower several times.

But Amber did something very unusual for rape victims. Just moments after the rape, she took photos of herself and her surroundings and posted them on social media, sharing gruesome details of what she had just been through with the entire world.

“I immediately knew that I couldn’t keep what had happened a secret. Here I was, telling survivors every single day that they should speak up, I knew I had to practise what I preached,” she says. “So the first thing I did was take a picture and write a post, describing what had happened.”

You can read Amber’s full post below. Warning: her posts include a graphic description of her experience of being raped that night.

After the post, she received loads of support for being so brave and sharing her vulnerability with the world, but she also received a lot of criticism from people questioning her actions prior to the sexual assault.

She stayed in South Africa a few weeks after the whole ordeal to continue her campaign as well as to deal with the South African police and US embassy in regard to the rape case. She continued to tell her story and her experiences through her social media, where she also adressed the negative criticism.

There is no justification for any type of sexual assault. If a person wishes to say no at any point this should ALWAYS be respected. Anything but yes means no.

Please consider sharing Amber’s heartbreaking but powerful story to show support with all victims of rape.