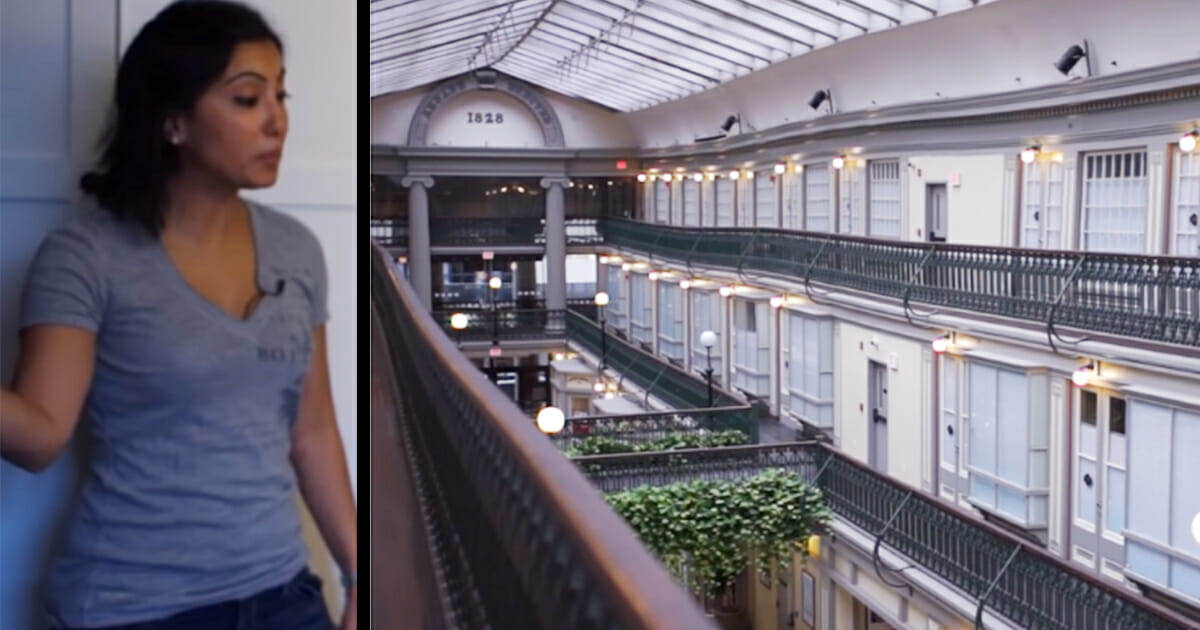 Imagine a world wherein we shrunk the space of our abodes right down, to the point where they were all between 225 to 800 square feet.

Though it might sound like a nightmare – and indeed I agree it’s not exactly suitable for families – it’s proving a major hit in America’s oldest indoor shopping mall.

You read that right. Riding the wave of micro-houses we’ve seen birthed in recent years, within The Arcade in Providence, Rhode Island, you can find 48 apartments equipped with everything one needs to live contently.

The fact the building itself harks all the way back to 1829 – and was made a national landmark in the 1970s – just accentuates the project’s brilliance. Don’t believe us? See for yourself …

The shopping center itself is made up of three levels, with the first floor being given over to retail shops and the second and third floors boasting tiny apartments. Owner Evan Granoff was keen to convert the unused space into something both liveable and affordable, and so produced a series of micro-sized spaces in which people can exist.

Each apartment comes with built-in furniture including a bed with drawers, cushioned bench/seating, refrigerator, and shelves. They have all the comforts one might need, whilst being extremely efficient when it comes to use of floorspace.

In fact, Granoff’s initiative has proven so popular that there’s actually a waiting list to move into The Arcade.

What’s more, the homes are actually pretty cheap when it’s considered that tenants are being offered downtown living. Micro lofts also exist in places like Portland and New York, but while they might be valued at up to $1,000 a month, The Arcade’s edition comes in at a pretty feasible $750.

See more on the micro apartments in the video below: