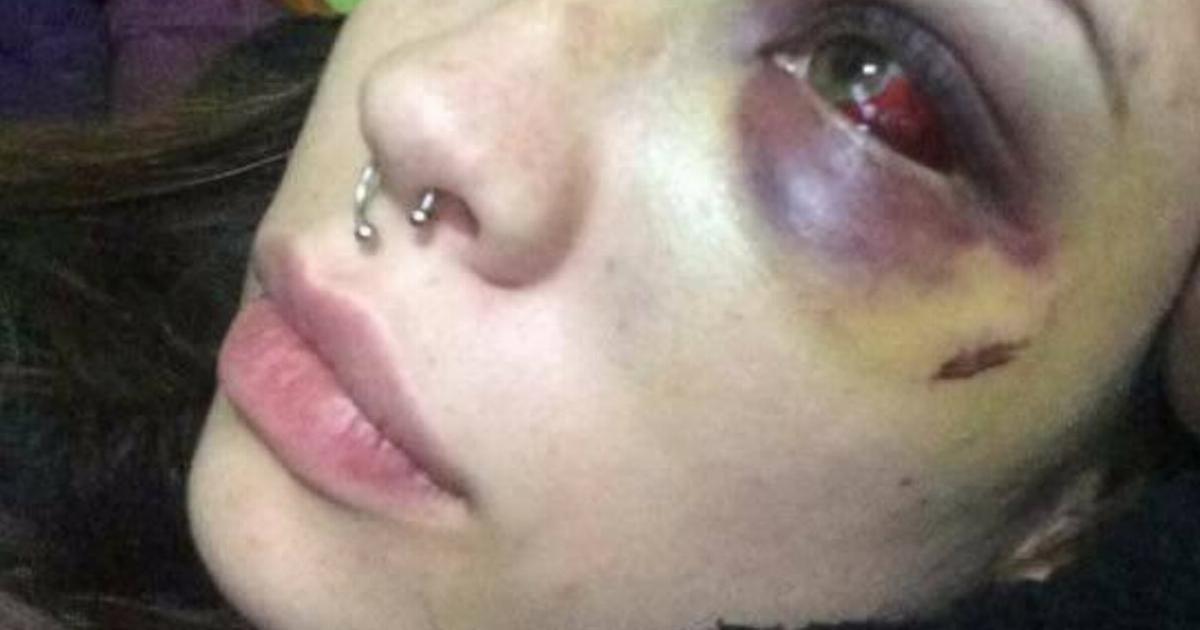 Valentina Henríquez Albornoz is a 23-year-old student from Chile.

Until recently, she seemed to have the perfect life: she was successful, popular, and dating a famous singer.

But the truth was far from reality — behind the facade was a living hell.

Valentina’s ex-boyfriend, 39-year-old Camilo Castaldi, is a celebrity in Chile and the singer of the popular band “Los Tetas.”

Many people dream of meeting their idols and getting to know them and maybe even having a relationship with them.

But for Valentina, who was dating a famous Chilean singer, her dream would turn out to be a nightmare.

Recently, Valentina decided to speak out about how violent and abusive her ex-boyfriend, Camilo, was.

Valentina could no longer take the humiliation and beatings. She wanted the whole world to know the truth.

She posted an open letter on Facebook, where she described how the singer had abused her again and again.

The beatings left Valentina with bruises, cuts, and severe head injuries. Fortunately, she photographed her injuries after each attack.

According to Valentina, her ex-boyfriend became more and more aggressive over time. No doubt his drug and alcohol addiction played a role.

She just wanted to help him, and she hoped he’d overcome his drug and alcohol problem.

But after yet another violent attack, the 23-year-old turned to the police and pressed charges.

“I was panting from how tired I was from him hitting me so hard. I was so tired of the beating that I sat on the bed without speaking, and for two hours, he continued to shout obscenities. The only thing I wanted was to sleep,” Valentina said, according to La País.

In anticipation of the trial, a judge put a restraining order on Camilo, who isn’t allowed to get within 200 meters of Valentina.

But since he is innocent until proven guilty before the law, Camilo is still allowed to walk the streets.

It’s as if the authorities don’t take domestic abuse seriously and they aren’t buying Valentina’s story.

Still, thousands of Chileans have come to Valentina’s side under the slogan “We Believe You.”

Even the country’s president, Michelle Bachelet, has expressed her opinion.

“She dared to show her wounds and bruises and denounce the hell she was living because she wanted to end her suffering,” President Bachelet says. “I want to tell her, her family, and her friends — as well as all women who are experiencing some form of violence — that we want to protect them and we want to help them. What we need is for women to report their situation so they can receive help and support.”

Camilo maintains his innocence. He says Valentina is mentally ill and has repeatedly injured herself.

“One of the most reprehensible things is to hit a woman. People who know me know that I have never beaten Valentina, or any of my previous partners, or any woman,” he wrote on Facebook.

But some people don’t believe the former star.

For example, some of his neighbors have testified in Valentina’s defense and have said that Camilo used to push her down the stairs.

Whatever people’s opinions, Valentina refuses to be quiet, because unfortunately, many people don’t believe her.

Now, Valentina wants everyone to know what she’s been through. It’s a way for her to process the trauma.

And she also wants to thank everyone who’s helped her along the way.

“Many people have helped me and supported these days. Especially today, I want to thank Dr. Héctor Yáñez for helping me and repairing my teeth. He did very well. I’m forever grateful,” Valentina wrote on Facebook.

Although this story is tragic, it’s important to raise awareness about domestic abuse.

About 35 percent of women worldwide are beaten by their partner or a relative in their lifetime. But many women are afraid to speak openly about it and fear that no one will believe them.

This is unacceptable and must end. Let’s show our support for all the victims of domestic abuse out there and spread this story further. Because we believe you, Valentina!