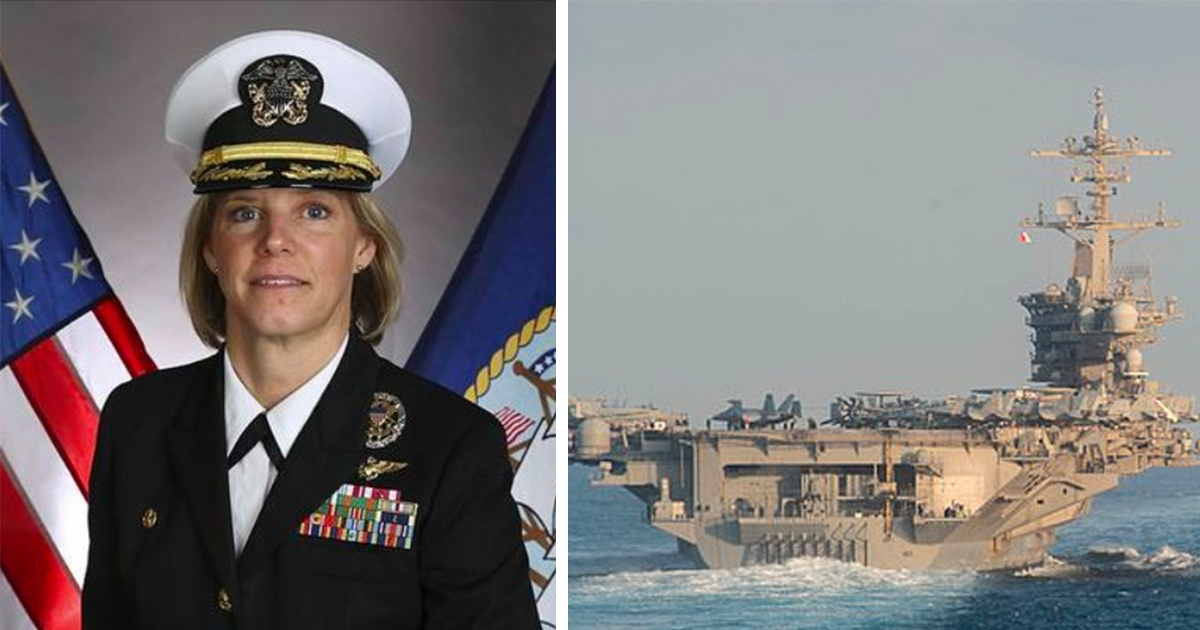 A female navy helicopter pilot will become the first woman in US Navy history to command a nuclear-powered aircraft carrier.

As per reports, Captain Amy Bauernschmidt will take command of one of the 11 nuclear aircraft carriers owned by the US Navy in 2022.

Bauernschmidt made history back in 2016 when she became the first female executive officer of the USS Abraham Lincoln, a nuclear aircraft carrier with a crew of some 5,000.

The captain graduated from the Naval Academy back in 1994, the very same year women were first permitted to serve on combat ships and planes. Two years after that, she earned her wings and began to fly with the Helicopter Anti-submarine Squadron Light (HSL) 45 ‘Wolfpack’ in San Diego.

Speaking back in 2018 of the changes to the law, she said: “That law absolutely changed my life. We were the first class that graduated knowing and feeling honoured with the privilege to be able to go serve along the rest of our comrades in combat.

“There are a lot of times in life that you’re a little nervous or afraid to do something, because you think you’re going fail. Well, so what? I mean, what’s the worst that’s going to happen if I fail? You know, if you fail you get up and you may realise in that failure that what you’re really meant to do is something else.”

As per her Navy biography, Captain Bauernschmidt has amassed more than 3,000 flight hours in Navy aircraft, and is currently the commanding officer of the amphibious dock ship USS San Diego.

Of her decision to serve in the armed forces, she said: “For me, it is about supporting and defending the Constitution of the United States. But it’s also about these young men and women that I lead every day. They’re pretty awesome.”

“I hope that I’m a good leader and a mentor to both men and women in the service.”

What an inspiring woman, and certainly one we can learn from with regards to following your dreams no matter the odds.

Well done on your new post, Captain Bauernschmidt, and thank you for your continued service.