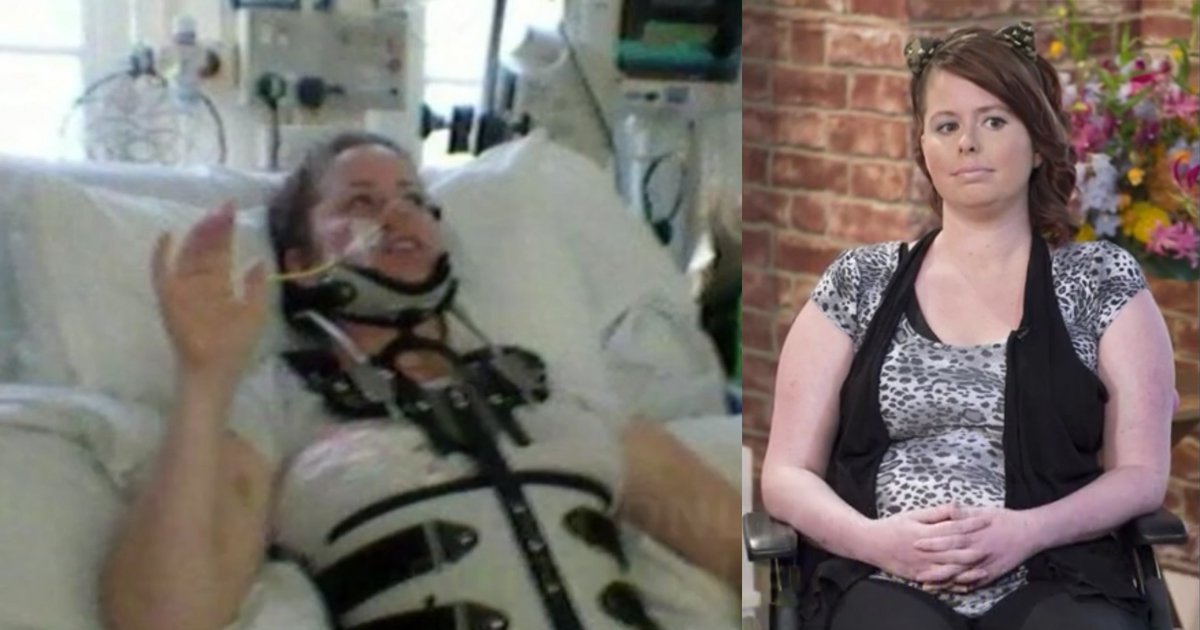 Gemma Holmes’ life changed completely five years ago when she was involved in a moped accident.

Gemma was driving down a busy road when she crashed into a parked car. She broke her back and suffered several other serious injuries. She went into a coma and her doctors didn’t think she’d survive.

But Gemma turned out to be a real fighter. Against all odds, she survived. It was a true miracle—but it was nothing compared to what doctors told her when she woke up.

While Gemma was comatose, her doctors discovered something quite shocking. Gemma was three months pregnant.

While Gemma was comatose, her doctors had obviously been unable to tell her. However, the pregnancy entailed some complications, and doctors thought that Gemma needed to have an abortion. Without terminating the pregnancy, Gemma’s doctors wouldn’t be able to operate on her broken back until after she gave birth.

Since Gemma was in a coma and couldn’t make the decision herself, her mother, Julie, had to decide on her behalf.

“So many things went through my head but I wanted to wait until Gemma was awake to make the decision,” Julie said on “This Morning” on ITV, according to the Daily Mail.

When Gemma woke up and her doctors told her she was pregnant, she was quite confused.

Gemma couldn’t remember anything about being pregnant before the accident. She couldn’t even remember who the father was. In fact, the previous three years completely disappeared from Gemma’s memory.

She suffered from extreme pain, but still made the brave decision to keep the baby. It meant that she had to forgo pain medicine when she had a C-section, since because it could have harmed her baby.

Gemma’s doctors couldn’t believe their eyes, but they respected her decision.

The birth went well for both mother and son. Gemma had to wait for months after giving birth before she could finally have her back surgery, but she was optomistic about her future. “Ruben’s my little miracle and I really hope I will one day be able to run around with him,” Gemma said, according to the Daily Mail.

Watch a video about Gemma here:

Gemma chose to keep her son even though giving birth to him would involve incredible pain. I get teary-eyed thinking about her brave decision.

Don’t forget to share this story to celebrate Gemma. A mother’s love for her child overcomes everything!