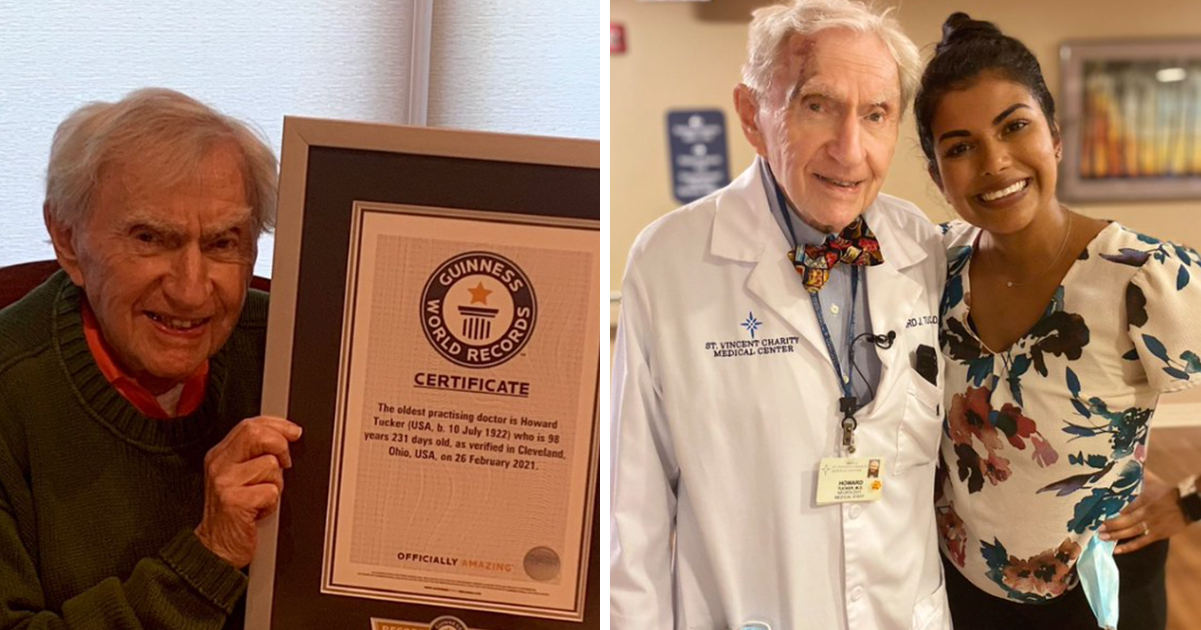 A World War II veteran who started practicing medicine before the invention of penicillin is still applying his trade now, and he’s just turned 100 years old.

According to reports, Dr. Howard Tucker has had a distinguished and long career, but has no plans to give up his work as a neurologist.

According to News5Cleveland, Tucker served in the Navy during the Second World War, became chief of neurology of Atlantic fleet during the Korean War, and went to law school while in his late 60s.

He also boasts four children with a wife of 65 years who he says he has never once had a fight with. Their children have gifted them 10 grandkids.

As per reports, Tucker entered the Guinness Book of Records last year as the oldest practicing physician in the world.

“Can you imagine that, yes,” he said. “Kinda makes me smile. I tell everyone about it.”

Somewhat incredibly, given his age, Tucker still plies his trade at St. Vincent Medical Charity Medical Center, where he sees patients and teaches medical residents. He’s done so for the last seven years, after moving from the Cleveland Clinic, where he first began his medical career.

“He’s really interested in learning: ‘How can I do this?’ He’s just fascinated with the world.”

Tucker himself said that good genetics have played their part in his living so long.

“Genetics is a good start,” he explained. “ And everything in moderation, except no cigarette smoking – that’s about it.”

He also said he has no plans to retire.

“I’m enjoying what I’m doing,” he added. “Retirement is the enemy of longevity. People wither up.”

Wow! I don’t know about you, but I think Dr. Howard Tucker is an incredibly inspirational man, and one certainly worthy of our praise.