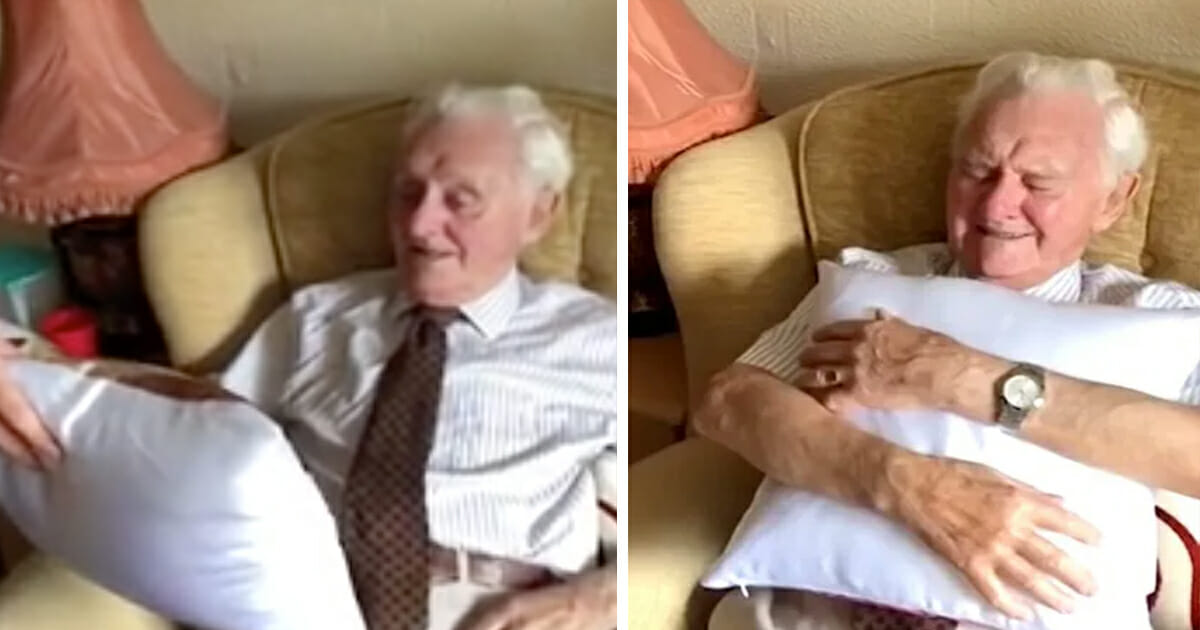 A World War II veteran burst into tears when he was given a cushion with his late wife’s face on it.

In a video that’s stealing the hearts of the internet, Ken Benbow, 94, was presented with the cushion by his carer. Ken was married to Ada Benbow for 75 years before she passed away in 2019.

As per Metro, he has since slept with a photo of his wife in a frame every night. That was until carer Kia Mariah Tobin, 17, stepped in.

Kia was worried that Ken might cut himself on the glass of the frame and so presented him with a cushion featuring Ada’s photo.

Fortunately, the handover was filmed and Ken’s tear-jerking reaction was captured for all to see.

Ken appeared on Good Morning Britain, where he described the cushion as: “the most precious thing anyone could ever wish for”.

Ken also revealed how he and Ada met while out dancing, just one week after he had moved to Liverpool. “I can still see that post she was leaning on with her friends,” he said.

The pair reportedly courted for two months before making plans to move in together and get married.

Well, this just melted my heart. Thank you, Kia, for giving Ken a gift that is clearly priceless in his eyes.

Share this article if it put a smile on you face.