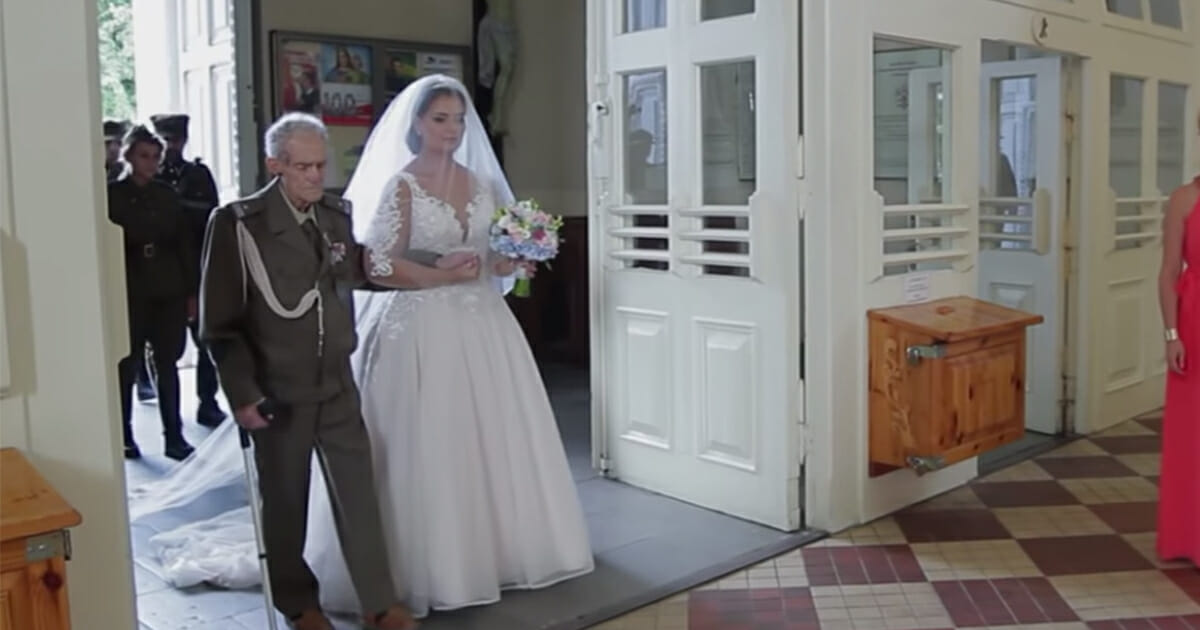 All little girls dream of their wedding day. Perhaps they wonder about the design of their dress, maybe it’s the man they might marry, or potentially what the venue might look like.

Of course, a major part of the ‘big day’ is the process of being given away. Usually it’s the bride’s father who gets the honors, or else another senior male in the family.

When it comes to hand-offs, however, few can hope to top one bride’s wedding in Poland where she was given away by her grandfather, a World War II veteran aged 94-years-old …

You read that right. 94-year-old Bronislaw ‘Grom’ Karwowski, who was captured and held as a POW by the Nazis during WWII, only to escape the Gestapo’s HQ, was handed the honor of walking his granddaughter down the aisle.

The owner of a Knight’s Cross of the Order of the Rebirth of Poland, as well as several other awards, it’s safe to say Bronislaw was a proud man indeed.

Which is why it should come as little surprise that at the end of August, the veteran donned his WWII uniform and accepted one last charge of duty.

You see, Bronislaw did this despite being extremely weak as a result of his old age. In the video, he can be seen visibly shaking while he rests on his cane, though he musters the strength to complete his task and then shake the groom’s hand.

Sadly, Bronislaw died due to his ailments just two days after witnessing his granddaughter’s wedding. It’s almost as though he was waiting for that before he allowed himself to pass.

You can watch the emotional walk in the video below:

Our thoughts and prayers are with this brave soldier’s family. We hope Bronislaw finds peace now, wherever he may be.

Did this story put a smile on your face? Perhaps bring a little tear to your eye? If so, share it on Facebook so more people know the story of Bronislaw!