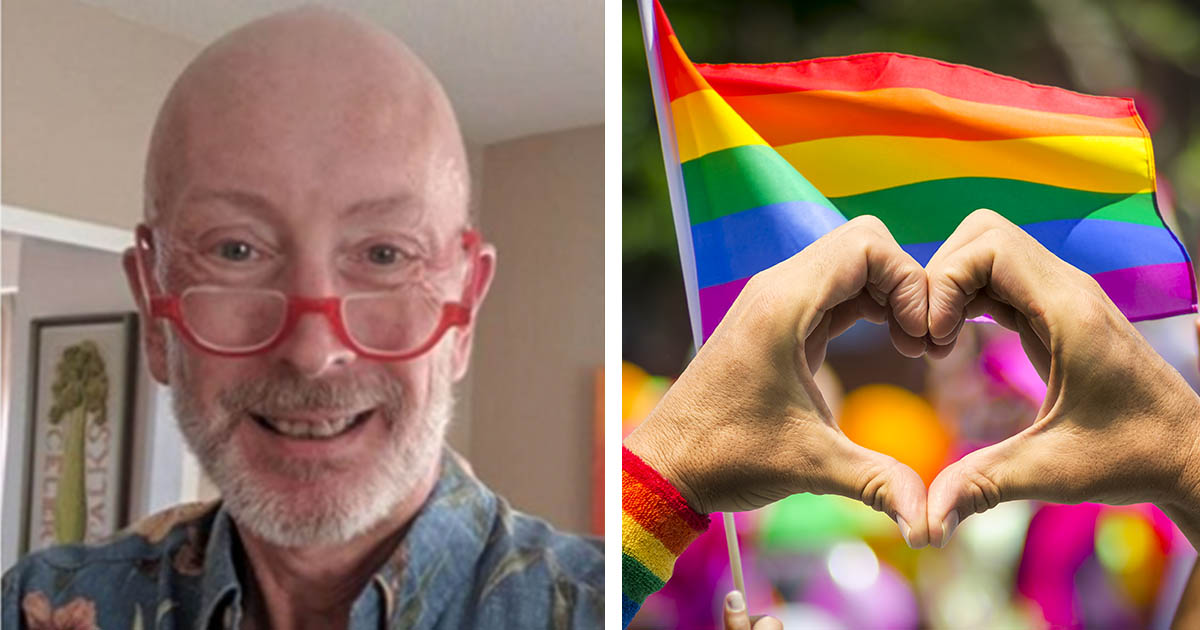 Even in 2021 there are still countless men and women who are rejected by their families for being gay.

Despite an overwhelming majority of America’s gay, lesbian, bisexual, and transgender (LGBT) community feeling more accepted today than a decade ago, there are many that still face rejection by family or friends.

A survey carried out in 2013 found 4 in 10 LGBT American adults, or 39 percent, have been rejected by family or friends because of their sexual orientation.

Coming out to family and friends can be difficult enough and for one man it took a marriage, three kids and reaching the age of 56 before he could tell his father he was gay.

In a guest written piece for the Huffington Post Jake McPherson said he knew from an early age that his parents would disown him if he came out as gay.

“My family attended a fundamentalist church whenever its doors were open. They preached that God loved everyone ― except homosexuals. Gay men and lesbians were irredeemable. There was no salvation for me. There was no love for me.”

He left school and attended a fundamentalist-affiliated university where the closet was “very big and contained many students.”

It was at college that Jake discovered alcohol which allowed him to stop worrying about his homosexuality and a new way “to hide from the world and convince myself that it couldn’t see who I really was.”

After college Jake said he “reached the pinnacle of repression when I married a woman. I honestly loved her. She was and still is a wonderful woman. We lived together for many years and parented three children, all while I continued to drink.”

But at 35 years old he realized he had to end the life that he had been living and stop killing himself drinking and so in 1998 he came out to his wife.

“My wife reacted with love and told me to find myself. I didn’t immediately tell our children since they were still very young at the time.”

“Thank heavens for the joy and support I found in those meetings. I was finally facing who I really was and accepting it. Sometimes I was even able to laugh at myself. I was gay and always had been! Who did I seriously think I had been fooling by pretending otherwise?”

He separated from his wife in 2000 which he describes as a “necessary but still gut-wrenching event.”

But it wasn’t until 2001 that he decided to come out to his mother who he says was horrified but accepted it and even met a man that Jake was living with.

“Still, it never occurred to me that my mother had kept the truth about my sexuality from my father,” he added.

It wasn’t until his father joined Facebook that he saw his son’s profile and realized he was gay.

“My heart was pounding harder than I imagined was possible. My vision blurred. I felt like I was being physically attacked. Before the call ended, my father added, ‘Am I making myself perfectly clear?’ I told him he was and hung up.

Thankfully, everyone around Jake was supportive; even his children were upset at their grandfather’s reaction.

“They all wanted me to know that despite my parents’ rejection, I am loved unconditionally by them.”

‘The loving mother I never had’

His parents’ rejection led Jake to experience nightmares so he had to switch to weekly therapy sessions, monthly visits to his psychiatrist and started attending AA meetings again.

Eventually the nightmares stopped and thanks to support from his friends he realized how ridiculous it was to be disowned at the age of 56 by a 90-year-old man.

“I’m an independent adult. I have a full life. I’m finally able to be who I really am. What could my father possibly think he’s accomplishing?”

His mother, who is 89 years old and suffering from dementia, has since reached out to Jake with words that he said feels like a gift.

She sent him a card for his 57th birthday with a note which read: “We love you.”

Jake, who now lives in Hawaii, said it was the first time in his life that she had used the word love.

“At the age of 89, it appears she’s turned into the loving mother I never had,” he said.

Despite not feeling as though he can reach out to his father, he will always treasure her note as “a reminder that somewhere inside of her, she holds love for me and that, maybe, it’s never too late to find and receive and send out love into the world ― exactly as you truly are.”

Jake is so brave sharing his story and my heart breaks that his father can’t accept him for who he is.

Everyone deserves love and to be able to choose who they love without fear of being disowned by family and friends. Please share if you agree.