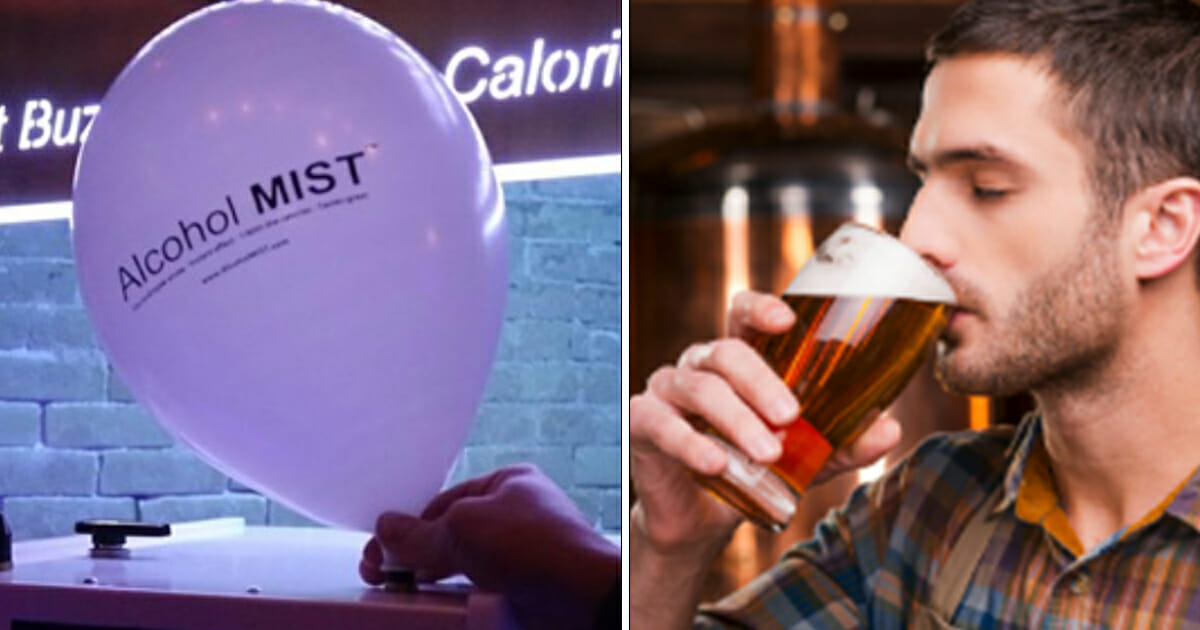 People are ever finding new and exciting ways to consume alcohol.

Well, if you haven’t heard, that’s now a thing. According to reports, it’s now possible to inhale vodka in gas form, and bars are selling it per balloon!

As per The Sun newspaper, the new trend is on the rise … and it gets you drunk exceptionally quickly.

People Are Inhaling Vodka From Balloons At Bars Now, And It Apparently Gets You Drunk Instantly https://t.co/eFYh9BeIxN

So, how does it work? Well, apparently a machine vaporizes the vodka, turning it into a gas.

Said gas is then transferred to a balloon, which is then sold for the paltry sum of £5 (around $6) at a bar.

Reports claim that due to the alcohol being inhaled directly into the lungs, the alcohol enters a person’s bloodstream much faster, thus making them drunk quicker than via the usual method.

What happened to just taking a shot? https://t.co/jIorlirrWd

The company that makes the machine that vaporizes the vodka is called Vapshot. On their website, they claim that vaping spirits is the “future of the alcohol industry”, though several concerns have been raised over the potential health implications.

“Alcohol entering your lungs will go straight into your bloodstream and so you could become very drunk very quickly, which could put you at all kinds of risk—for example, from alcohol poisoning,” Andrew Misell, a director of Alcohol Change, said to The Sun.

Inhaling vodka from balloons is dangerous new craze sweeping Brit nightclubs – "They get you completely f****d, I've had four already. I love it." ? https://t.co/pphCU2jeD3

Of course, alcohol poisoning is a danger whenever someone drinks, so perhaps with responsible use these party balloons could prove to be good fun.

What do you think? If, in the near future, drinking beer via a balloon becomes ‘a thing’, would you give it a go?

Let us know your thoughts in the comments box, and share this article to spread the word.