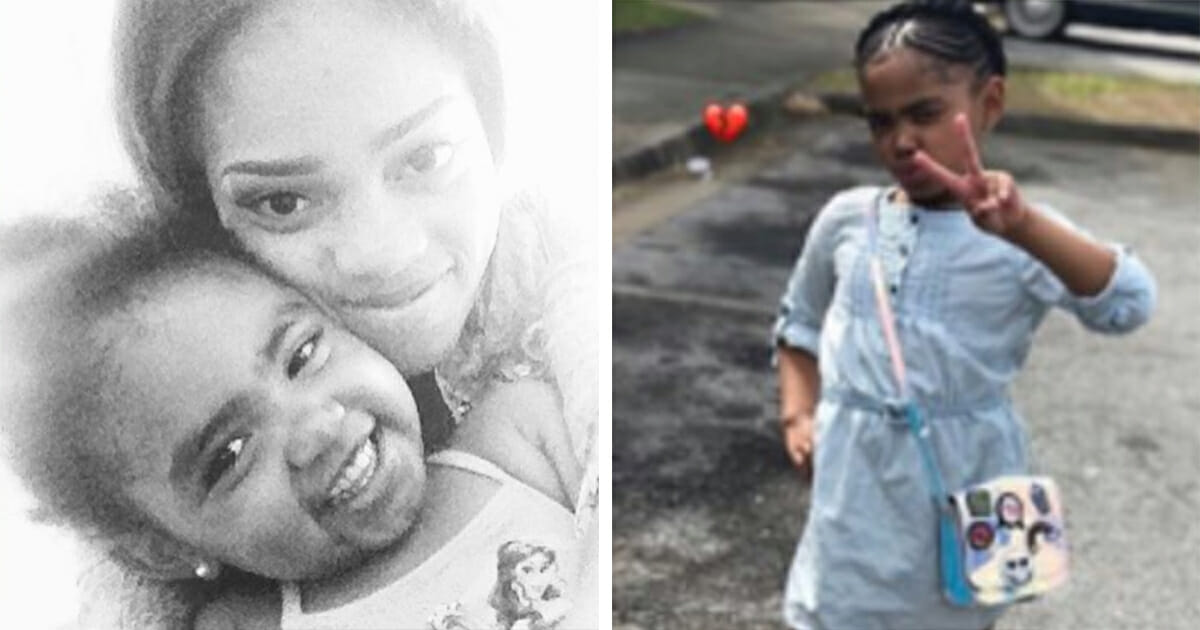 An 8-year-old girl from Atlanta, Georgia, was shot and killed on Saturday night as the driver of the car she was in tried to turn into a parking lot close to where Rayshard Brooks died on June 12.

As per reports, Secoriea Turner was riding with her mother and a friend when they exited Downtown Connector onto University Avenue. The driver of the vehicle made to turn into a parking lot when he was confronted by an armed group.

Shots were then fired, hitting the car multiple times. Secoriea was struck somewhere in the chaos and died after being rushed to Atlanta Medical Center.

Heartbroken parents Charmaine Turner and Secoriya Williamson both took the opportunity to speak to the public on Sunday afternoon. They’re pleading for the community to help find the person or people that were involved in taking Secoriea’s life.

As per reports, the shooting took place just across the street from the Wendy’s where Rayshard Brooks was shot and killed by police only a few weeks ago on June 12. Since then, protests have been rampant in the area.

“They say Black lives matter,” Williamson said, after taking the mic from Turner. “You killed your own. You killed your own this time. Just because of a barrier. They killed my baby because she crossed a barrier and made a U-turn.”

“You killed a child,” he added. “She didn’t do nothing to nobody.”

Needless to say, both Turner and Williamson are now seeking justice for their slain daughter. Anyone with any information is urged to call Crime Stoppers Atlanta at 404-577-8477.

I can only imagine the pain little Secoriea’s family are enduring right now. We’re sending all our prayers and thoughts to help them through this tough time.

Share this article to pay your respects to yet another soul taken far too soul. Rest in pease, Secoriea.