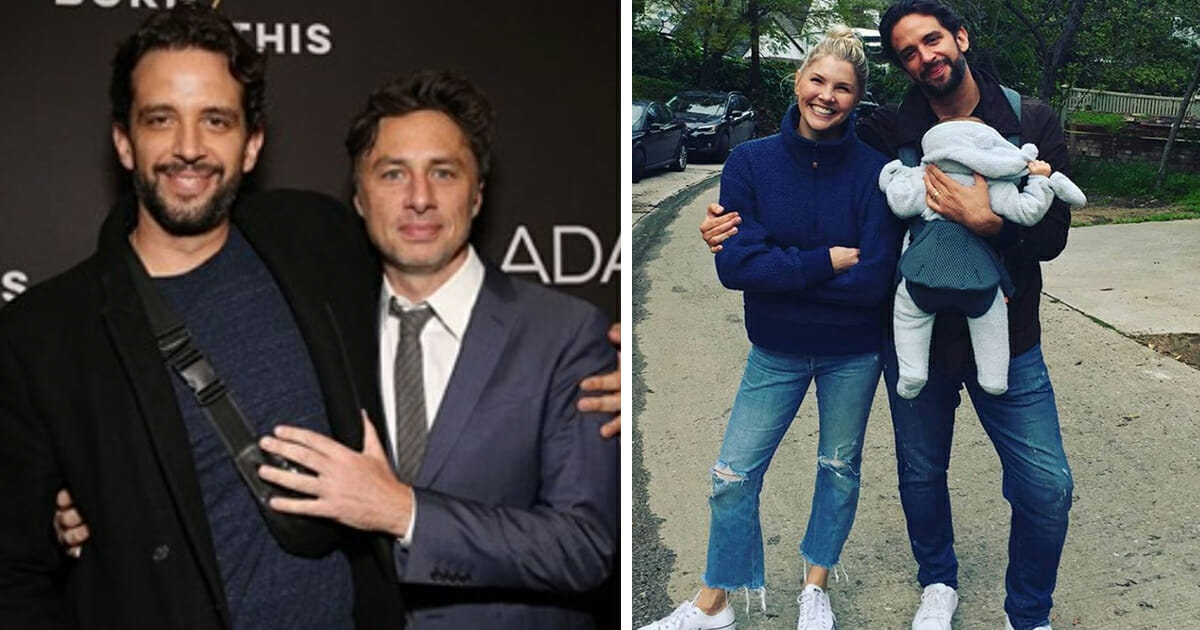 Tears were shed all over the world this weekend when it was confirmed that Broadway star Nick Cordero had lost his battle with COVID-19 after a fierce three-month battle.

Cordero, who was just 41 years old, was admitted to hospital on March 30, ten days after being diagnosed with coronavirus.

Sadly, his condition deteriorated over the course of the following weeks and he passed away at Cedars-Sinai Medical Center in Los Angeles on Sunday.

One celebrity to speak out on Cordero’s heartbreaking death is Zach Braff. The pair worked together on Bullets Over Broadway in 2014, with Cordero earning a Tony Award nomination for Beast Featured Actor in a Musical for the role.

Braff was quick to pay his respects to his friend, stating that he had never known a kinder person.

“Nick Cordero passed at 11:40 am today with his wife and mother by his side. I have honestly never known a kinder person,” Zach wrote.

He went on to explain how Nick had texted him with one last request in the weeks leading up to his death.

“COVID doesn’t care about the purity of your soul, or the goodness in your heart. The last thing he ever texted me was to look out for his wife and one-year-old son, Elvis. I promise the world they will never want for anything. I feel so incredibly grateful I got to have Nick Cordero enter my life. Rest In Peace. Rest in Power.”

It certainly seems as though the world has lost a good human being and a light in many people’s lives. Rest in peace, Nick Cordero, we hope you’re in the Lord’s arms now.

Share this article on Facebook to send strength and prayers to Nick’s family at this difficult time, and to remind people to continue to take COVID-19 seriously.