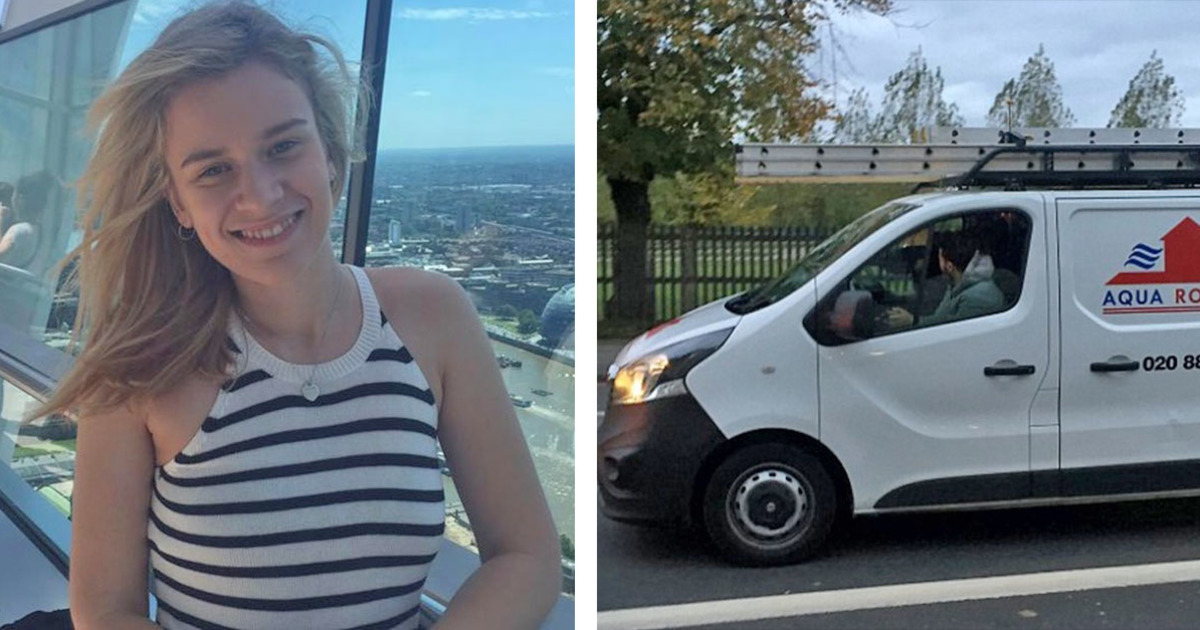 Courtney Greatrex is a 22-year-old Londoner who recently was subjected to something that no woman should have to endure.

She was walking to the subway at 7:30 in the morning. And the traffic on the street beside her was backed up.

While Courtney was walking down the sidewalk, she noticed a white van following her.

Three men in the van began catcalling Courtney and harassing her. For several minutes, they shouted and made fun of her.

“They kept making comments at me out of the window, so I told them it was harassment. They just laughed and carried on, even when I got more aggressive and told them to leave me alone,” Courtney told the Daily Mail. “After that, they still didn’t stop, so I took a picture of the van and they tried to hide their faces.”

Courtney saw that the name of the company that they worked for was written on the side of the van.

And it was then that she decided to make a much needed phone call—to the mens’ boss.

“Before 8am this morning, I got repeatedly goaded by these three men in their van in slow traffic,” says Courtney.

“They followed me down the road ringing a bike bell and whistling at me to look at them and laughing.”

“So I took a picture of their van, told them to leave me alone, and they hid their faces but not before calling me a f***ing wh*re.”

“Don’t get me wrong, sexual harassment is alive and well in London, and this happens most morning. But today, I’m not accepting it. Don’t worry, boys, wolf whistling from your company car means your boss is about to find out all about it!”

“I spoke to their boss, who dealt with it really well, but the company needs to take ownership of the fact that these men were in a car marked with their details.

He called me back to say that one of the staff members has been sacked and they are properly investigating the other two employees tomorrow.”

There’s no place for sexual harassment anywhere and I hope that these guys have learned their lesson. Please share if you agree!