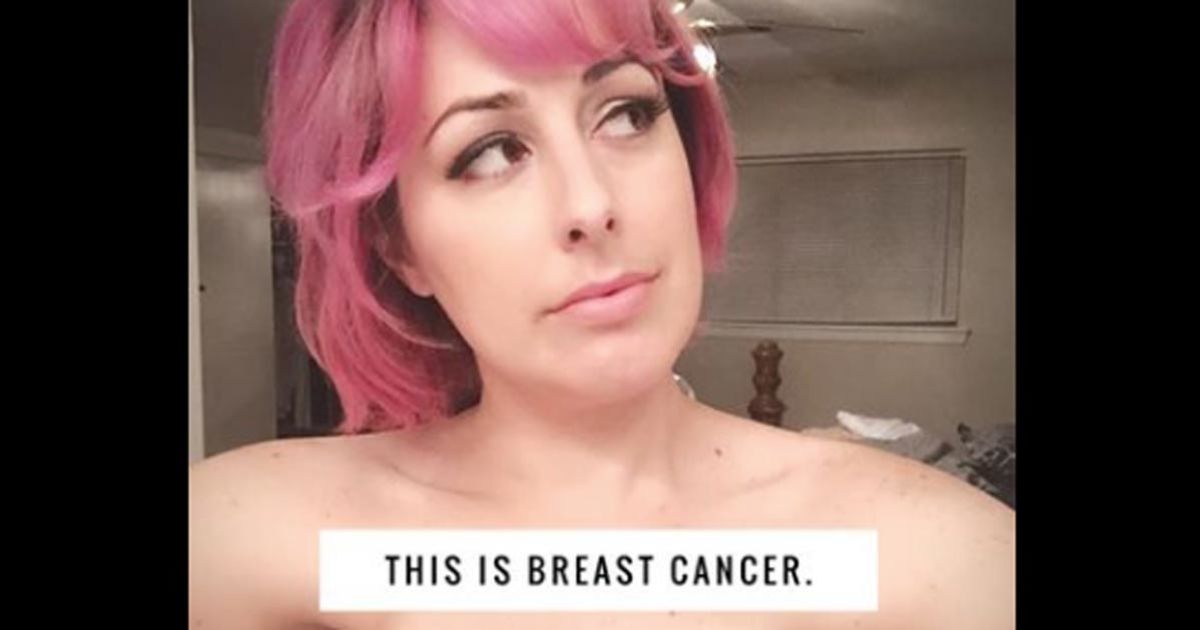 When Christi Salcedo thought about North Carolina’s new “bathroom bill,” she was furious that she and other breast cancer survivors might not be allowed use women’s public restrooms there anymore. So the 32-year-old Texas mom took to Facebook and shared a topless photo of herself to raise awareness about one of the unintended consequences of that state’s new law. After Christi had a double mastectomy as part of her treatment to fight breast cancer, she decided against having reconstructive surgery. The struggle was difficult, but it didn’t end after her treatment was over. Now, whenever she goes out in public, Christi notices people looking at her flat chest and trying to figure out her gender. But as difficult as the public staring is for Christi, the new law makes it worse. North Carolina’s “House Bill 2” limits people to the public bathroom associated with their gender at birth. So now, Christi and other breast cancer survivors who choose to forego reconstructive surgery face extra scrutiny when trying to use public bathrooms in that state. “The great bathroom debate of 2016 has hurt more than just the transgender community. It has hurt us (cancer) survivors,” Christie wrote in a powerful statement that accompanies her photo. Everyone knew North Carolina’s law is discriminatory, but it’s amazing how little lawmakers there thought it through. But thanks to Christi and many others who have spoken up, the public is learning how unfair this law really is. Christi is so brave to put herself out there like that. And she deserves a lot of praise for speaking up and fighting for the rights of both cancer survivors and transgender people. I hope that her post can help in some small way to help North Carolina lawmakers repeal this incredibly discriminatory law. Read Christi’s inspiring words and see her brave selfie below.

“It’s time I said this. Take a good hard look at my chest. Don’t feel weird doing it. There is nothing sacred or sexual left to see.

What is there for you to see is a hollowed arm pit. Breast cancer spreads first to your underarm lymph nodes. Seeing as mine was under my left arm, they removed all of my lymph nodes; a lot of tissue. You may also note an incision that is disfigured as this kept opening up post surgery.

While I can see that the pink ribbon brings comfort to so me… I want you to know that breast cancer is ugly. It’s not an easy or a glam cancer to have. In fact cancers are one & the same to me. Cells run wild. Immune system compromised.

It robbed me of a precious part of myself that I once nourished my children with. It took away part of my sexual identity. Now that’s if we’re just talking about my breasts or my former breasts I’ll say.

When I chose to not have reconstruction it was for many reasons but most importantly it was because my children had seen me down enough. I wanted them to see me strong again. I wanted them to have their Mother they knew.

Until recently I have been very comfortable with my decision. However… The great bathroom debate of 2016 has hurt more than just the transgender community.

It has hurt us survivors. Recently I notice more eyes trying to figure me out. At the grocery store, restaurants … Walmart was the worst. I want to scream, ‘YES! You are seeing it right! This is Breast Cancer… Please check yourself!’ But instead I let my eyes meet theirs in an almost plea for a change in what has become our society.

If you were also moved Christi’s bravery and appreciate her stepping up for breast cancer survivors and transgender people, share with your friends on Facebook!