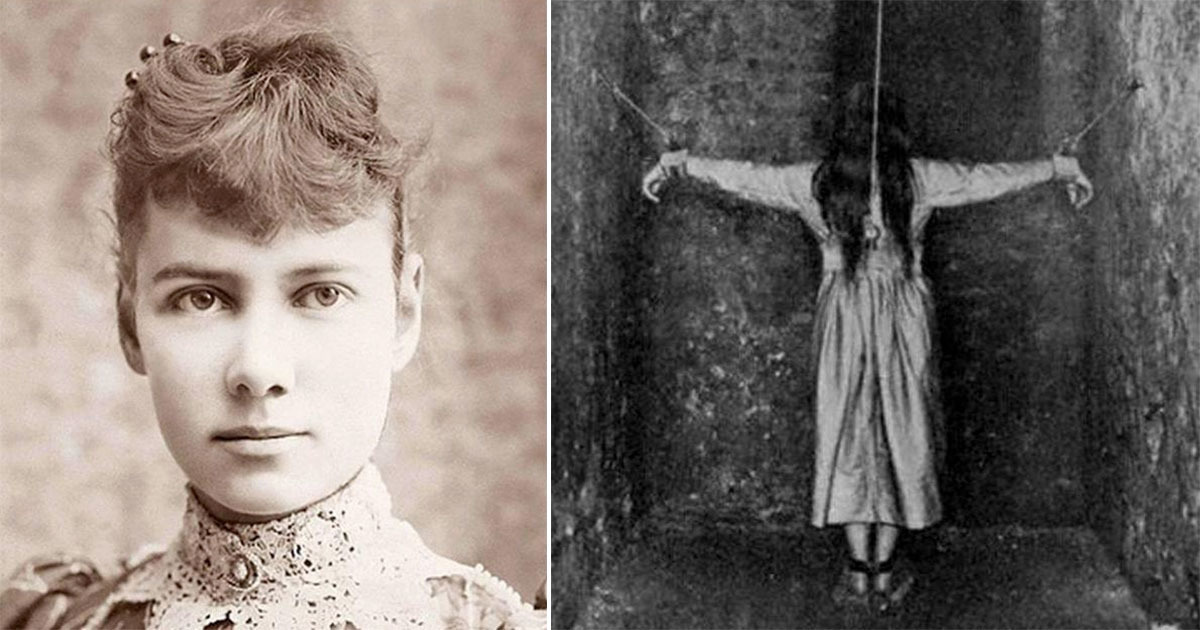 Elizabeth Cochran Seaman was born on May 5, 1864, but if you don’t recognize that name, she’s better known as the journalist Nellie Bly.

She grew up in Pennsylvania and as a young teenager she already wanted to work and have a career.

Elizabeth’s dad died when she was young, and after his death, Elizabeth helped support her mother and her 14 siblings.

Elizabeth didn’t like the idea that women could only benefit society by working at home, so, she decided to make a difference out in the world instead.

After reading a columm in the Pittsburgh Dispatch called “What Girls Are Good For,” Elizabeth got so upset that she wrote a letter to the editor.

The editor, George Madden, in turn, was so impressed by Elizabeth’s submission that he asked her to write an article for the newspaper.

She did, and after Madden read it, he offered Elizabeth a permanent job and gave her a pen named: Nellie Bly.

As Nellie Bly, she wrote about women’s issues and women’s rights, which was unusual because back then, articles intended for women were normally about fashion, society, and gardening tips.

Elizabeth often wrote investigative pieces where she went undercover to places like sweatshops to expose the poor conditions that women worked in.

But after a while, Elizabeth’s editors moved her to the women’s pages and she decided to leave Pittsburgh for bigger opportunities in New York, writes Biography.

Life in the big city started out difficult. Elizabeth went four months without work. But then, she managed to get a job at the New York World newspaper. One of her first assignments was to go undercover at an infamous mental hospital.

Almost no one who was admitted to the Women’s Lunatic Asylum on Blackwell’s Island left and there wasn’t really any other way of finding out what conditions inside were like.

Although the infamous hospital’s employees had long been rumored to be abusive, no one dared testify to that effect.

So with the promise of being released after 10 days, Elizabeth took on the hardest assignment of her life.

But even though she knew it would be awful, Elizabeth could never have imagined how bad it would actually be.

The hospital housed twice as many patients as it had room for. Meals consisted of dried uncooked bread, spoiled meat, watery broth, and dirty water. And there were rats everywhere.

Elizabeth pretended to be mentally ill, but she described the conditions at the hospital as being so bad that it was enough to make a person actually insane.

In addition, Elizabeth met several women who weren’t at all mentally ill, but were just poor or unable to speak English.

Patients were abused, beaten, tied up, and forced to endure being doused with ice water in place of showers.

Doctors refused to believe patients who complained about the abuse, and those who did complain were punished.

Women who were actually mentally ill weren’t given the care they needed.

As promised, a lawyer came for Elizabeth 10 days later.

After Elizabeth’s groundbreaking book on her time at Blackwell’s Island, “Ten Days in a Mad-House,” was published, the government enacted the changes she recommended and the patients’ situation improved significantly.

Elizabeth inspired many young women before dying of a stroke in 1922 at the age of 57.

Two years earlier, she experienced the joy of seeing women finally get the right to vote.

Elizabeth accomplished a lot in her short life.  Please consider sharing this article to help raise awareness about her life and achievements. Let’s inspire more people to stand up when things aren’t right!