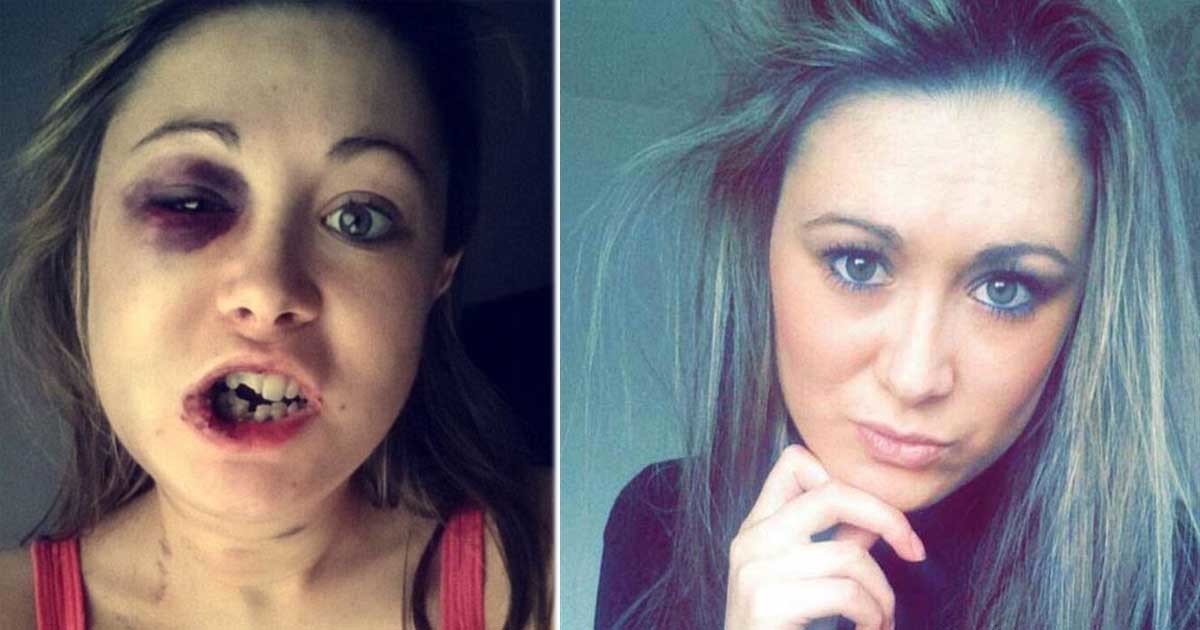 Stephanie’s boyfriend came home drunk and wanted to have sex. Stephanie refused and said no, after which, he beat her almost to death.

Now the 32-year-old has posted her hospital pictures on Facebook, along with a message to other women.

“I don’t have anything to be ashamed of. He’s the one who should be ashamed. I’m not hiding away,” she wrote on Facebook according to the Daily Mail.

Thirty-two-year-old Stephanie Littlewood was beaten nearly to death by her former boyfriend. The incident occurred in Leeds, England in April. When Stephanie’s then boyfriend came home drunk and wanted to have sex, Stephanie refused. The 24-year-old then threw her on the bed and hit her up to 50 times, reports the Daily Mail.

“He slammed me onto the bed, leaving me in tears under the quilt and walked out. Seconds later he was ragging the whole quilt off of me and throwing it onto the floor, gripping me by my ankle and pulling me off the bed. He threw me onto the floor he then sat on top of me and strangled me to the floor so I couldn’t move, continuously punching me 40 or 50 times,” Stephanie wrote on Facebook.

The beating continued even after Stephanie went unconscious—and when she arrived at the hospital, doctors were shocked. After the horrific incident, Stephanie had to undergo several operations to reconstruct her jaw and teeth, and she still has a black eye because the blood vessels in her eye remain damaged.

Now Stephanie has told her story on Facebook and shared all the shocking images of what her then boyfriend did to her. She refuses to blame himself for what happened and realizes that it is he who should be ashamed.

“At first, I didn’t want to go out—I had so much anxiety, it knocked my confidence loads. But people kept telling me I couldn’t hide away and it wasn’t my fault and I started to realise that they were right,” Stephanie wrote. “I don’t have anything to be ashamed of—he’s the one who should be ashamed. I’m not hiding away.”

Stephanie’s ex-boyfriend was sentenced to 16 months in prison for beating Stephanie, but as he served part of his sentence while waiting for trial, he may be freed in only two months, writes the Daily Mail. Therefore, Stephanie is warning other women.

“I want to warn other women out there of what this monster is. I’ll still be suffering while he’s walking free,” Stephanie wrote.

No always means no. Please share this article to get behind Stephanie and show her we’re on her side!