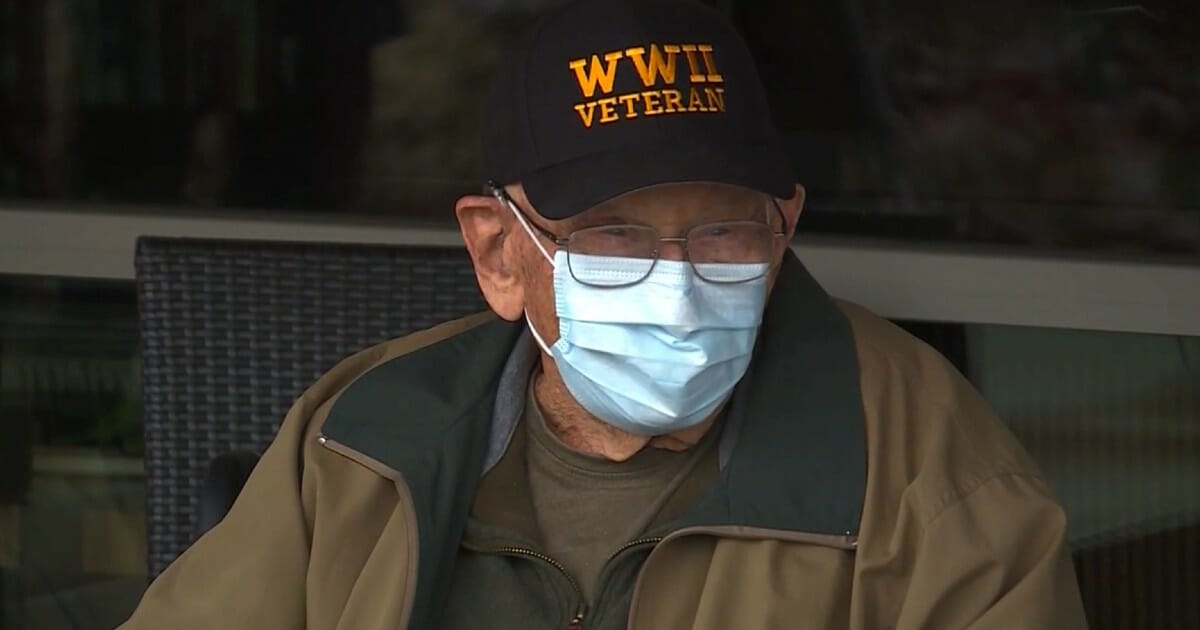 William “Bill” Lapschies has a lot to celebrate lately.

Not only has he recovered from the coronavirus, but he recently turned 104 years old!

And on April 1, staff from the Edward C. Allworth Veterans’ Home in Lebanon, Oregon, where he lives, wheeled him outside to greet his family for a small birthday gathering, all keeping with the social distancing guidelines of course.

Lapschies first began showing symptoms of the virus on March 5, about a week after Dr. Rob Richardson on of two doctors at the veterans’ home became concerned about when the coronavirus would infiltrate the veterans’ home.

Several days later there were a few residents experiencing symptoms of a respiratory illness. Richardson suspected COVID-19 and tests later confirmed his suspicion.

So far there have been 16 confirmed cases of the coronavirus at the veterans’ home. Eight of the residents have fully recovered, while two have died.

For Lapschies and his neighbors’ surviving the virus was never a given, but luckily for the 104-year-old, who lived through the 1918 Spanish flu, dealt with the Great Depression, and served in WWII, he only had a moderate case.

“It just went away,” he told OPB. “Sit out here and you can get rid of anything.”

To celebrate his health and birthday, some of his family members gathered outside the veterans’ home to wish him well.

Everyone was still stunned he survived, though it wasn’t a complete surprise given everything he’s already been through.

Carloee Brown, Lapschies’ daughter, hopes her father’s recovery will bring some hope to others who might be currently fighting the virus.

“We hope that this will inspire some of the other people that are going through this.”