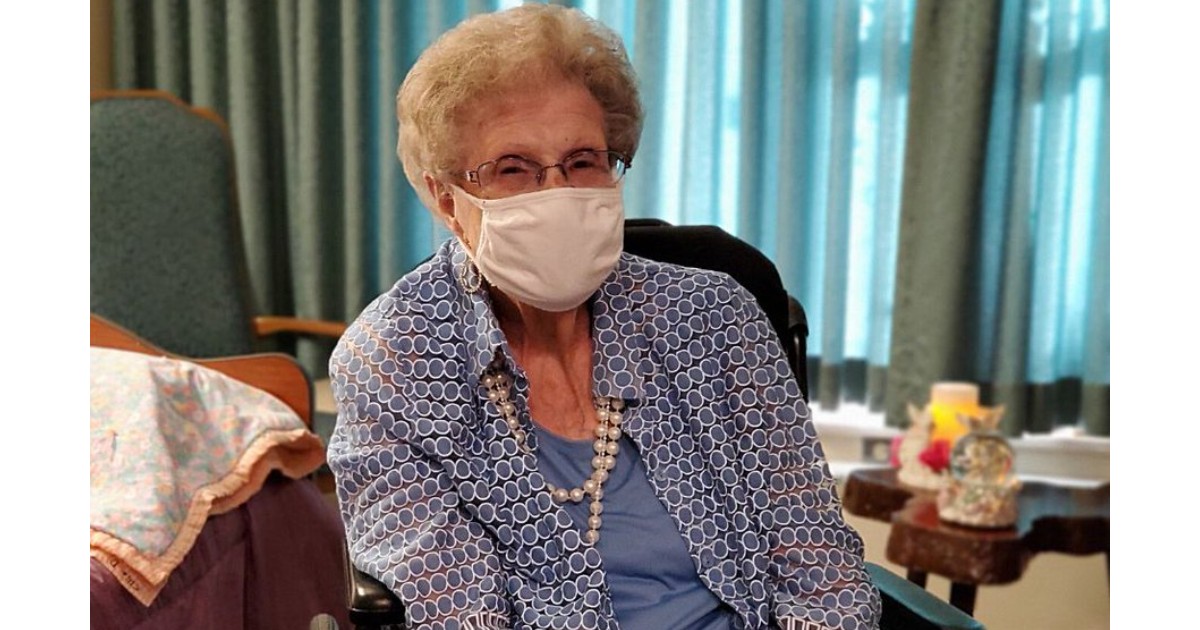 Tillie Dybing has seen and experienced a lot in her lifetime. After all, she’s 107 years old.

And while she’s lost many of her loved ones along the way, she’s survived some of the toughest battles. Some that many of us will never fight during our life.

Dybing, who lives in Minnesota, is one of a handful of people who can say they’ve lived through two pandemics.

The North Dakota native was five years old during the 1918 pandemic. While she didn’t become sick, her parents did.

“My folks were in bed, I was running up and down the middle of the bed, you know, and keeping my folks awake, and my dad said, ‘Can’t you run some other place?’” she said. “That was quite a flu, quite a session there.”

That was only the beginning.

According to KARE11, she lost several siblings while they were infants, and she survived three major floods in North Dakota.

When she was in her 80s her husband died, and on a more positive note, when she was 95 she beat uterine cancer.

Through all the ups and downs in her life, it’s possible that 2020 may have been the toughest due to spending time away from her family because of COVID-19 restrictions.

Visitors were restricted from coming to the community where she lived so Dybing had to celebrate her 107th birthday with the nurses.

And despite the distance, everything was going fine until early November.

“I tried to call her Saturday morning, and I tried calling all day and the nurse said she’s sleeping,” Dybing’s daughter Susan Berke said. “We were really concerned and thought, well, this is probably it.”

The centenarian woke up feeling fine, but a week later she tested positive for COVID-19. She went into isolation where she stayed for two weeks.

“Nothing in her lungs. They said she doesn’t have a fever. She just slept all the time,” Berke said.

“I thought, well, if the time has come that I have to leave, then I will go, but I’m still here,” Dybing said.

After two weeks, Dybing was able to move back into her room.

“I feel fine,” Dybing said after receiving the first dose of the vaccine. “Am I supposed to be sick?”

As for what’s next for Dybing… the second dose of the vaccine and the possibility of long summer drives with her son.

Tillie is such an inspiring woman! May you continue to be blessed with good health!