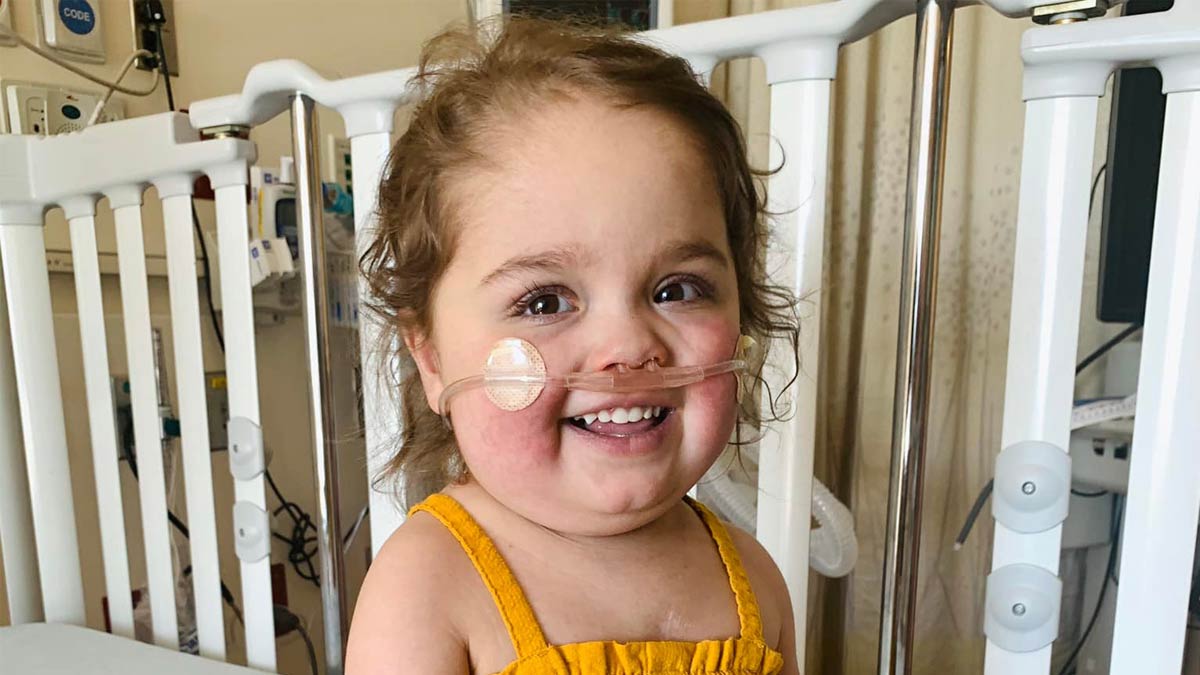 Valentina Garnetti, the toddler who spent the majority of her life in the hospital due to a heart defect, has died.

“This is the hardest post I’ve ever had to make. My life will never be the same,” Valentina’s mother Francesca wrote on Facebook. “Valentina took her last breath this morning in my mom’s arms.”

Valentina first made headlines in April 2021 after she was released from University of Michigan’s CS Mott Children’s Hospital for the first time in her life. She had spent every day since she was born in May 2019 until March 2021 in the hospital due to a hypoplastic left heart syndrome diagnosis.

It’s often referred to as half a heart.

Over the course of nearly 700 days, Valentina underwent multiple surgeries, including four open heart surgeries, and was on life support for 14 days.

“She had her second open heart surgery early at 3 ½ months old and she was very very sick after that one,” Francesca, a single mother of three girls, said.

For the longest time important milestones and holidays were celebrated in the hospital.

“It’s really hard because especially with COVID-19, no one could come to the hospital, so it was just us spending Christmas together by ourselves,” Francesca said.

But on March 24, 2021, Valentina got to leave the hospital for the first time. She was finally able to experience life outside of a medical setting.

“She’s not just here, but she is here happy and she is thriving. Even though she has a ton of medication and she takes a feeding tube and she is on oxygen, she loves her life,” her mom said.

Since then she has been living her life with family and friends, while also spending time in and out of the hospital.

In addition to all of the surgeries she endured, Valentina suffered complication after complication, strokes, seizures, and anaphylactic reactions.

On July 16 Francesca put out an urgent plea for prayers. Valentina had stopped breathing, and she did not have a pulse.

According to a GoFundMe set up to help the family, Valentina stopped breathing around 5:45 a.m. while she was in her grandmother’s arms.

As soon as she noticed her daughter stopped breathing, Francesca began CPR and continued until EMS arrived. She was transported to the hospital where life-saving measures were continued for another 90 minutes, but Valentina could not be revived.

“My baby fought so hard for so long and her body was just tired,” Francesca wrote on Facebook.

Francesca found some comfort in knowing that her baby was now “healthy in heaven with a heart that is no longer broken and she can run and walk and talk and eat and do all of the things that she loved watching others do.”

My heart breaks for this family. They have gone through so much in such a short amount of time.

Please join me in saying a prayer for them during this extremely difficult moment.